Test Studio introduces a new Desktop Testing Beta Version that allows you to automate desktop applications and extends support for desktop technologies and frameworks beyond WPF. The Desktop Testing Beta is the first step towards providing a truly feature-packed web and desktop test automation platform, covering any legacy or modern technology that comes in question for Test Studio users.

With the Beta, testers get Test Studio’s core features for functional desktop testing, including Test Recorder, Element Repository and Test Lists. The beta feature set enables you to start exploring Desktop Testing for technologies beyond WPF and build automated tests for your desktop applications. 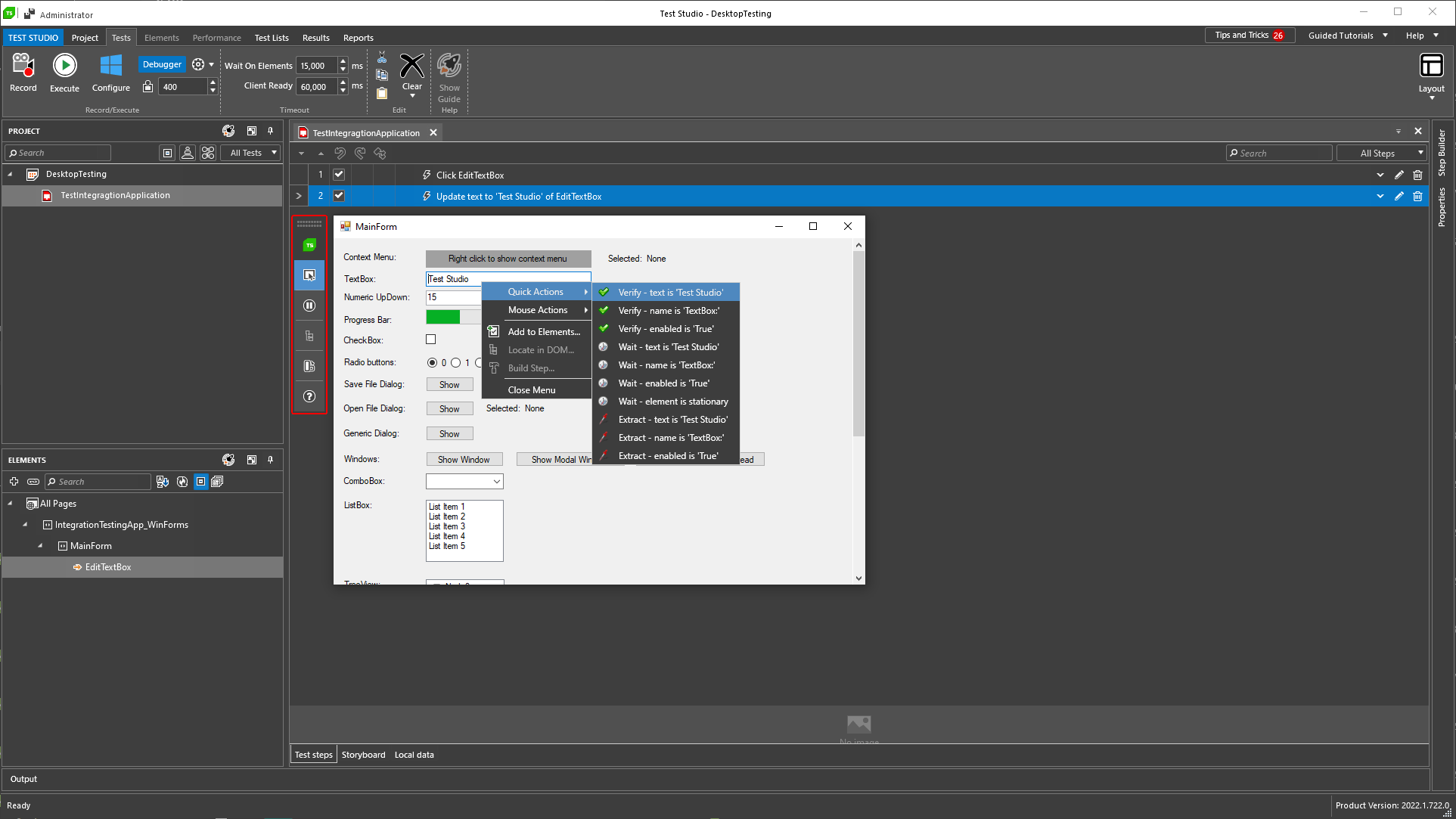 Test Studio R2 2022 introduces a new Welcome Screen, which is part of our efforts to modernize Test Studio’s overall look and feel. The new, fully reinvented Welcome Screen provides easy access to all testing types that you are practicing within Test Studio—web, desktop, WPF and load testing.

Its main purpose is to facilitate your every-day job within Test Studio and make it easier for you to reach the point when you start recording your first test and creating your first project. The Welcome Screen has an intuitive interface and user-friendly navigation throughout available blogs and resources, your test projects, source control, first steps in testing etc. 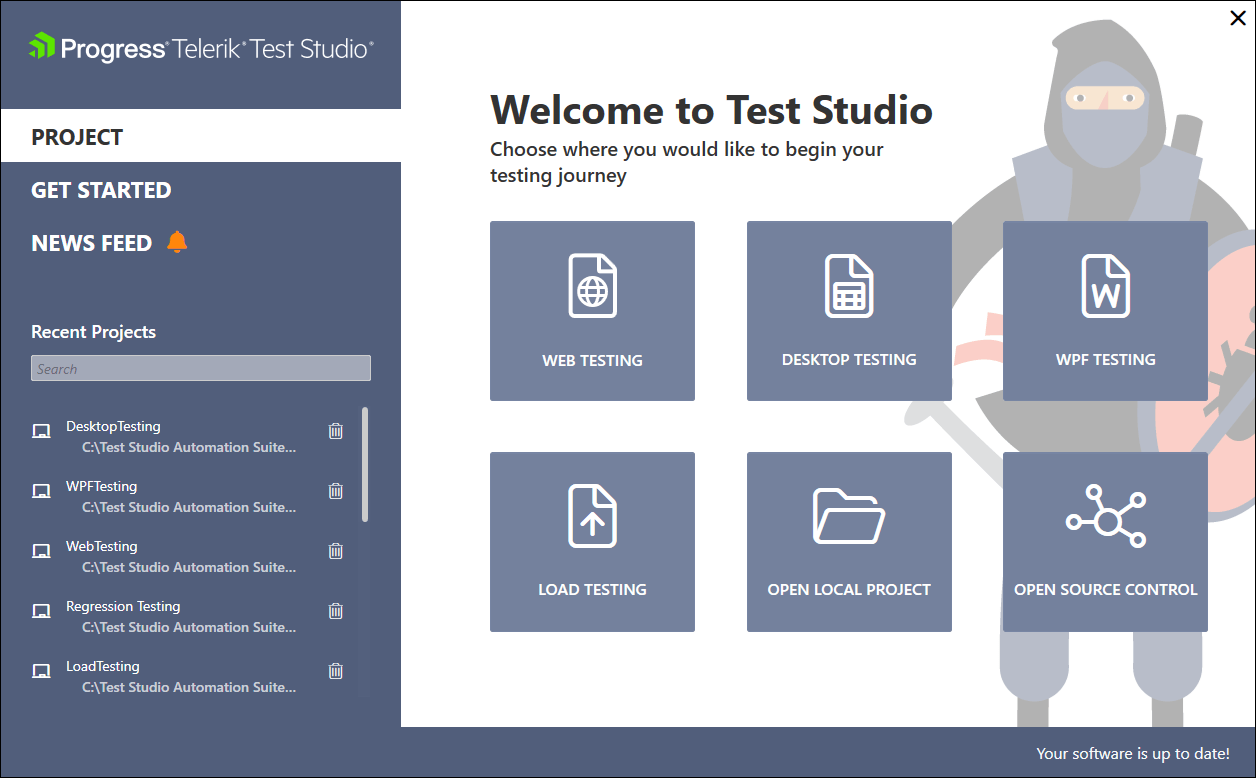 With each update of the Telerik and Kendo UI, more complexity is added to the components code and properties, which makes it difficult for Test Studio to recognize the component under test.

Test Studio’s technology for automating components offers exclusive support for Telerik and Kendo UI controls by way of built-in translators. The Test Studio translators are extensions that open an element and expose its properties to allow Test Studio to identify the element during recording and provide you with out-of-the-box action and verification steps for that element.

The new features allow you to take advantage of backward compatibility for all Test Studio translators. You can now select the version of the Telerik and Kendo UI components your application is built with, which triggers Test Studio to load the corresponding translators. That will help prevent your tests from breaking due to failure to recognize the component under test. Read here how to modify your project settings and take advantage of the new translator versioning feature.

Test Studio R1 2022 lifts all barriers to native test automation in Google Chrome by lifting the mandatory installation of the Chrome Extension.This update is vital for Test Studio test automation tool due to the policy changes Google announced in September 2021, affecting third-party Chrome extensions. Effective from January 2023, MV2 extensions (Manifest V2) will no longer be supported in Google Chrome.

The truly native Chrome Automation, eliminating the need for an extension for test recording and execution, has significant advantages for test automation engineers. The extra step of installing an extension to get started with test automation is now eliminated, which allows organizations with complex test labs utilizing several remote machines or servers to eliminate redundancies and testing slows downs. Test execution is significantly faster as no extension needs to load every time a test or a test list gets executed.

The extensionless mode was released for Google Chrome in Test Studio R1 2022. This functionality is now to be extended with Microsoft Edge support and thus covers another major browser in modern automation testing.

By eliminating the need for an extension to record and run tests for both Chrome and Microsoft’s Chromium-based Edge, Test Studio speeds up test execution significantly and simplifies the automation process, especially for users that run tests on multiple machines and have to install and load the extension on all of them.

These updates are based on customer feedback and will help improve test stability, reduce technical debt and avoid duplicate efforts. 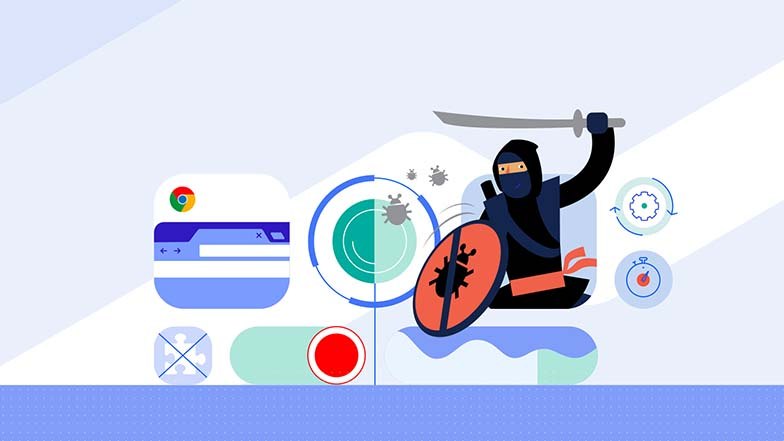