Microsoft’s BUILD conference just ended, promising a shift in the way we approach Windows development. One thing is for certain: it will be easier than ever before to write responsive software. With the new asynchronous features in C# and VB.NET, you can create high throughput ASP.NET MVC applications without breaking a sweat. JustCode fully supports these language features, notably the async and await keywords in C#.

We’ve expanded our unit test runner to support MbUnit 3 and Gallio, one of the more advanced open source testing suites. The integration is so smooth you may forget which test suites you’re using. Fans of MSpec received an update in the test runner as well.

Many new XML/XAML refactorings have been introduced and are accessible from the visual aid. Expand Empty Xml Element takes a collapsed tag, such as <Button/>, and expands it to <Button></Button>. Conversely, Collapse Empty Xml Element does the opposite by going from <Button></Button> to <Button/>. If you need to remove an outer element, Remove Element and Promote Child will ensure the child elements are kept intact. If the element had no value or children, the Remove Element refactoring deletes it instead. Finally, Replace Xml Tag and Replace All Xml Tags is useful for renaming elements. 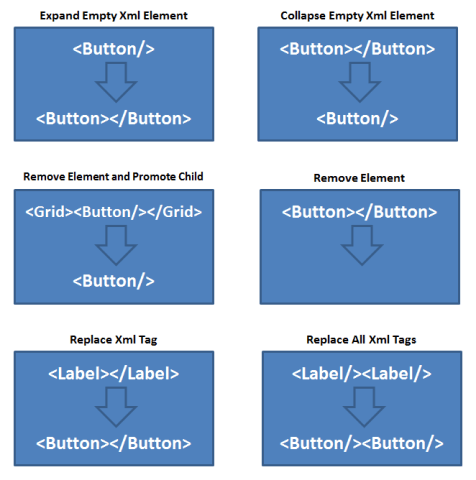 The C# Formatter has been overhauled to improve performance and more accurately format the code to your specifications. Take a look inside the Code Style options to see what is has been enhanced with Spacing and Wrapping settings. Additional features include restricting the number of new lines after methods, constructors, and the header.

Previous versions of JustCode allowed you to move literal values to variables or fields. Now you have the ability to move them to constants. Like Introduce Variable or Introduce Field, Introduce Constant is available through the refactoring menu in the visual aid.

JustDecompile is popular as a standalone tool, but JustCode allows you to decompile from within Visual Studio. This is typically accomplished by typing Ctrl+1 when metadata is open. Of course, if you’re looking at metadata you most likely want it decompiled without extra steps. This option is now available and turned on by default. 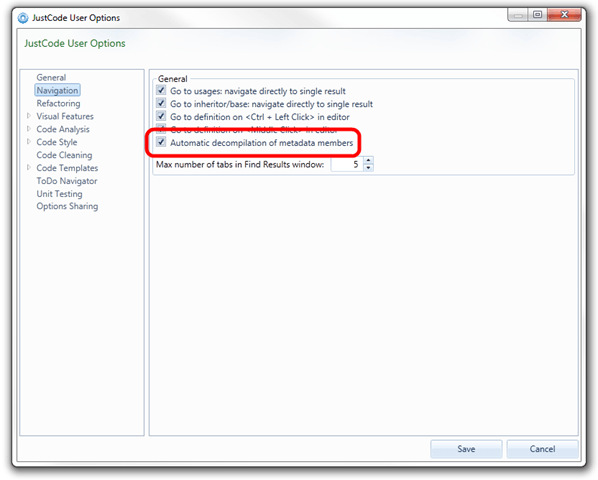 In addition to these features, there were many other improvements and fixes. More exciting features are in the works for the Q3 2011 release of JustCode!