New Release! Check out the new components and features & sign up for the Kendo UI R1 2023 release webinar on Jan. 31 to see them in action!

Previously in Beta, the Angular PivotGrid is now in full production release! While the Beta provided the most basic functionality, this version adds critical features such as: 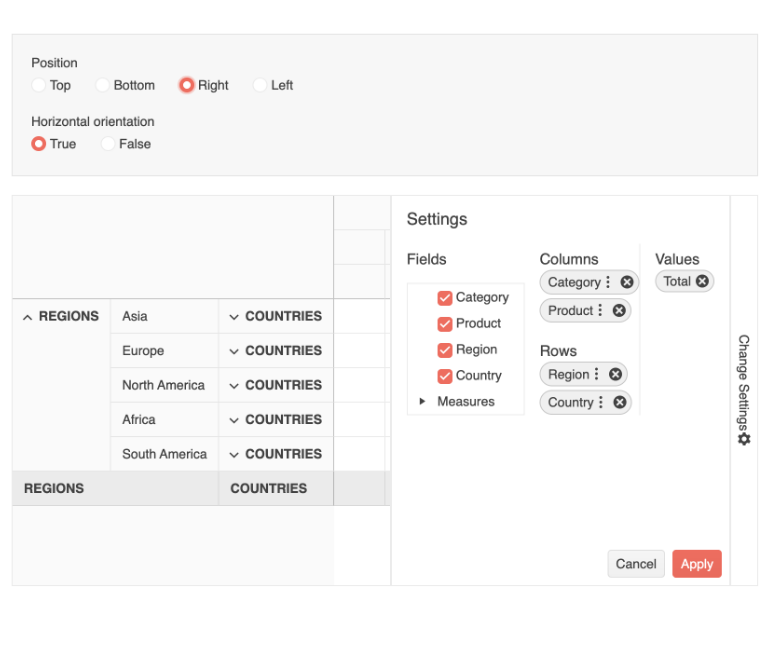 The Angular Signature component provides you with an easy way to enable your users to upload their signature for documents that require it. It includes all the features you need to provide a first-class e-document application. Highlights are forms support, line smoothing, styling properties, popup support, and events API. 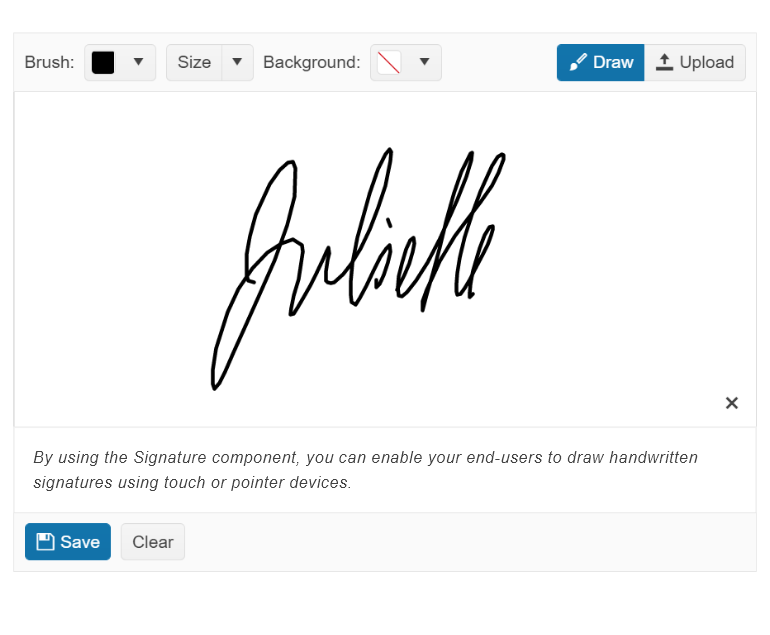 The Angular Drag and Drop library makes it easy to provide your users with features to grab items and drag them to drop zones on the screen. The component provides the ability to drag an element on the page and drop it in another element. You specify what items can be dragged and what items can be used as drop zones. They can be generic HTML elements or other Kendo UI for Angular components.

The Angular CircularProgressBar is an alternative to the linear progress bar and shows progress as a colored line on a circle. When the circle is complete, progress is complete. You have total control to make it your own—map colors to ranges (e.g., up to 10% is red), format the middle label, set the size, and much more. 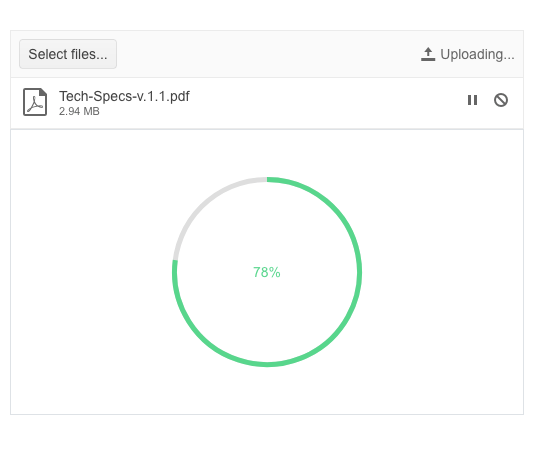 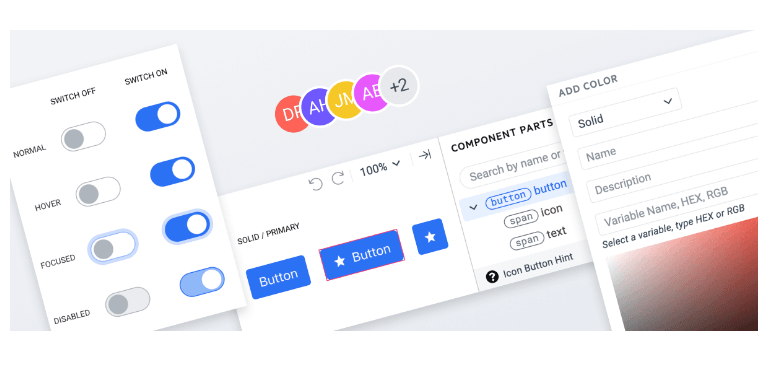 We are excited to announce that the new Fluent theme is officially available with the R3 2022 update for all Telerik and Kendo UI libraries and their web UI components. Just like all our themes, the new Fluent theme follows the guidelines of the official Fluent Design System to allow you to consistently style all your components.

To see the Fluent theme in action, open the Data Grid demo and select the theme. 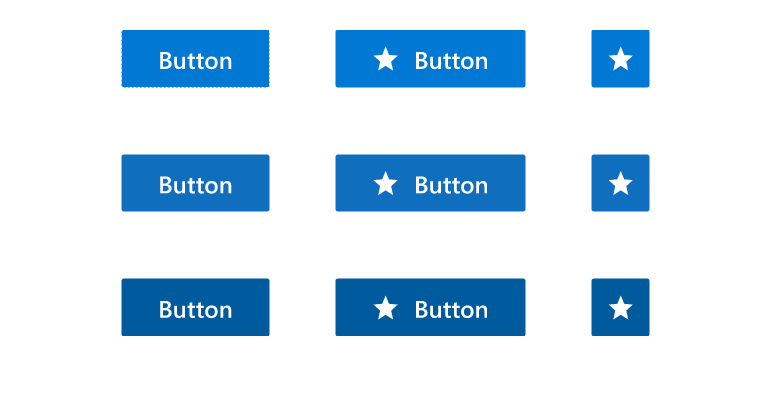 People slicing and dicing data with the PivotGrid will naturally want to see a resulting chart. Along with the RTM release of the PivotGrid, we have added a demo showing how you can integrate it with our Angular Charts component. 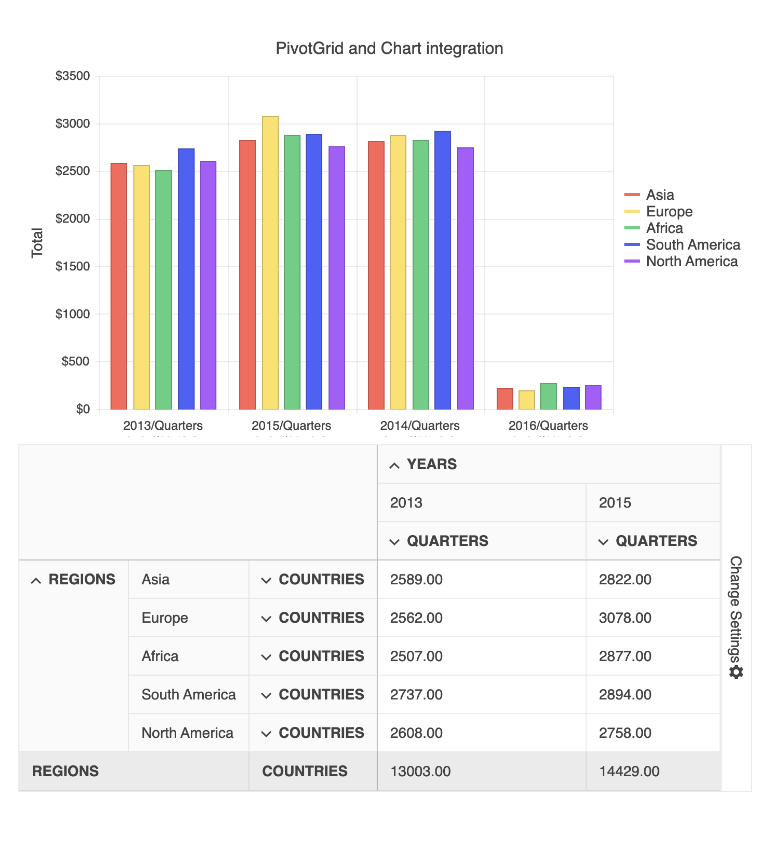 The Angular Data Grid includes highly interactive columns. Users can reorder, size, toggle visibility and much more. When a user configures a highly customized view, they may want to retrieve that view when they return to the page. To help you accomplish that, we have provided an extensive demo.

As with all the Kendo UI for Angular components, we want to make your experience with the Data Grid is as productive and enjoyable as possible. Following that mission, we have reviewed and updated the documentation for better organization and more detail. 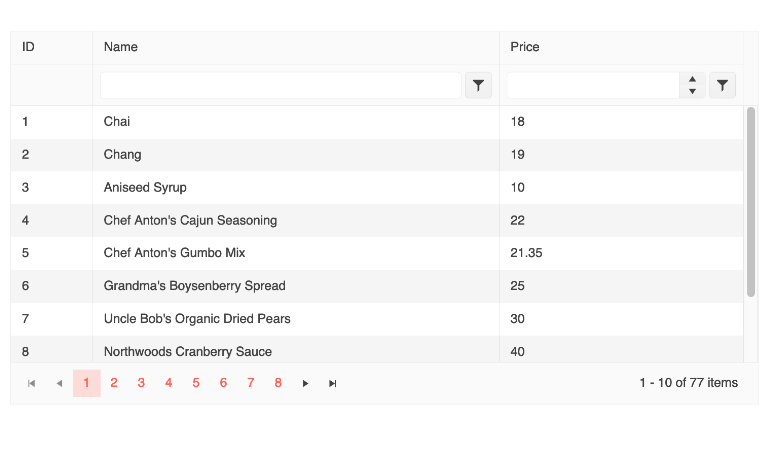 While we strive to make the Angular Data Grid views as customizable as possible for your users, we recognize that you may need to set some limits. To that end, we have added a new property that allows you to set the max width to which a user can resize a column. You can set the property on a column-by-column basis.

On the Angular Editor Toolbar, users will find a font size drop down from which they can select from a predefined list. If the user doesn’t see the size they need, they can manually enter it in the font size field. This lines up with the expected U for today’s editors, but the feature is optional in the case you need to stay with your predefined lists.

For ultimate flexibility, you can choose to disallow selection of parent nodes in the TreeView component rather than the entire component. When you do this, children can still be fully interactive. Additionally, you can load the nodes in expanded state so that the children can be visible. You can also allow expanding/collapsing of disabled nodes. 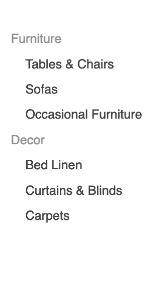 When using the building expressions with the Angular Filter, users can enter date and numeric parameters (among others). Chances are that your requirements dictate that the numeric value be in a specific format. For your convenience, you can set the default format for these inputs.

The Angular Filter allows you to apply your own Angular template to customize the formatting for the value of the expression builder to your requirements. Date formatting is a common example. 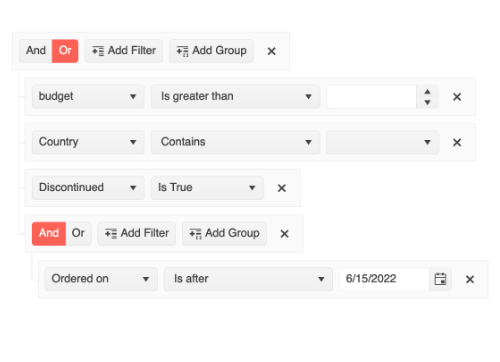 A subtitle property has been added to all Angular Charts in order to make it easy to add text under the main title element.

Render a hierarchical menu with parent and child nodes to help users navigate directly to where they want to go. Bind the menu to hierarchal or flat data with relationships and automatically create menus and submenus or bind the Angular Drawer to multiple data sources and designate parents and children on your own. 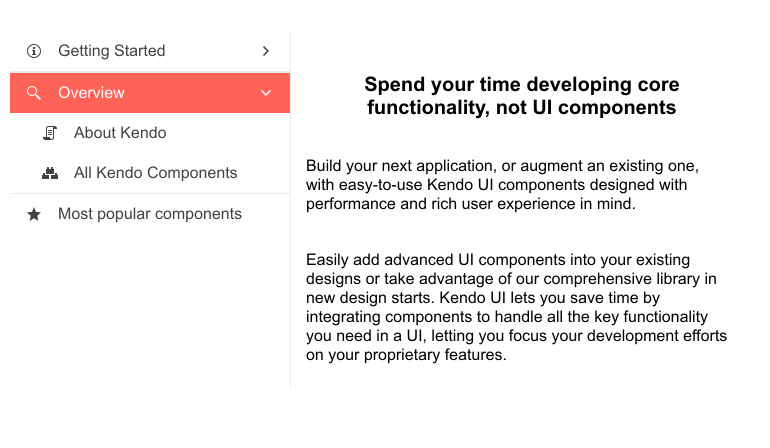 The Angular Dialog opens with the default animation, but you can customize it to behave to way you like. Use a simple property to change the duration of the animation or choose from a list of built-in animations including slide up, down, left-to-right, and right to left, zoom, fade, and expand.

We have enhanced our popular Visual Studio Code extension with even more Angular snippets and scaffolders to help boost your development productivity. You will find snippets for all Kendo UI for Angular components, JavaScript snippets to accompany the HTML snippet counterparts, and snippets for many popular configuration scenarios with our components. We have also expanded our scaffolders to cover more application scenarios such as these: 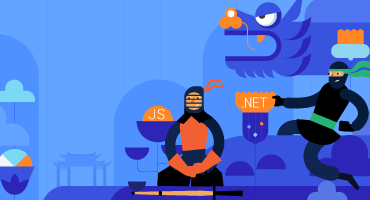