The latest release of Test Studio is here with major updates across the board, including improved coding UX, to help you test your apps more easily than ever.

If you are an experienced Test Studio user you'll immediately notice the project explorer now includes all code files, both test code-behind as well as standalone code. This makes it way easier to find, distribute and edit code in Test Studio since all project related user actions are now also provided for coded files.

Have you considered adding your helper code in a separate folder to reference from the tests? Do it now with just a few clicks from the project explorer! 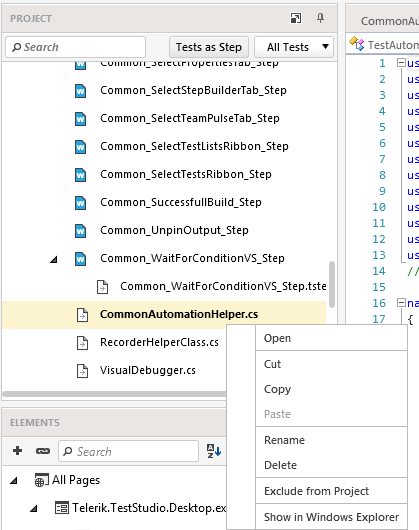 The test and code file tabs are now dockable! You may want to compare code from different files but also see the test and its code behind—no problem! I’d actually prefer to undock the coded file tab and move it to the second monitor while extending my coded test, and that is finally possible also.

Don’t miss the tabs context menu as well. It’s quite useful to close multiple tabs at once when working with different tests and code files. You can also simply locate the file you’ve been working with in the project explorer in order to update a relevant test in the same folder.

The Code Editor has been improved too. It's now not only modern looking but also more usable as it got a major upgrade in this release. Listing the code methods and collapse/expanding regions—you are going to love those small yet helpful features!

Talking about coded tests, I shouldn’t forget the coded steps as well. You can reduce the amount of code now by sharing the same piece between different coded steps. Whenever you add a code step, you can select between existing coded methods that Test Studio lists in a drop down, and there's also an option to create a new method to associate with the coded step.

If such a method is missing, has been renamed or deleted, we notify you both in the test and on project level so that you don’t forget to fix the step.

There is a brand new Output Panel in Test Studio where you get the compile output, and also get real time syntax errors while editing your code. We’ve also added the requested Compile option so that you can always compile your code out of test playback and fix errors if any.

We are always eager to hear your feedback, so please take the time to share with us. Our engineering team is also processing all requests and support issues so whenever you have questions, please do not hesitate to contact us as well.

Enjoy the first of many Test Studio updates in 2016! 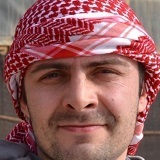 Konstantin has been with Telerik for more than 10 years. He has been working as a QA and Developer in several divisions and product groups. He has been taking management responsibility since 2011, helping the Test Studio core development since the product's first version back in early 2010.