With the second major release for 2018, huge product enhancements to Web and Load testing arrive for Test Studio, the best tool for testing Kendo UI based applications.

The Telerik Test Studio R2 2018 release is here, and we have lots of new features to share with you. The most interesting ones are the new Kendo UI for Angular translators, Custom Dynamic Targets in Load testing, integration between Web UI and API tests, and better support of Test Studio tests in "Visual Studio Test" build tasks. We also added support for element identification through CSS Selectors on a testing framework level, which is something that depending on your feedback may turn into a full-blown UI feature in the next release.

Here is a quick look at the new features:

Kendo UI for jQuery and Angular Translators in IE, Chrome and Firefox

If you use Kendo UI controls for your web applications, you've probably heard of Test Studio's translators, which facilitate easier test automation for Kendo UI apps. These translators expose additional controls properties that are specific to the Kendo UI for verifications and actions, making it possible to fully automate such controls in no time.

In this release we add a brand-new translators group for Kendo UI for Angular. Not only that but these translators and the existing jQuery ones will be also available in our Chrome and Firefox recorders, giving you full freedom which browser to use when crafting your tests. 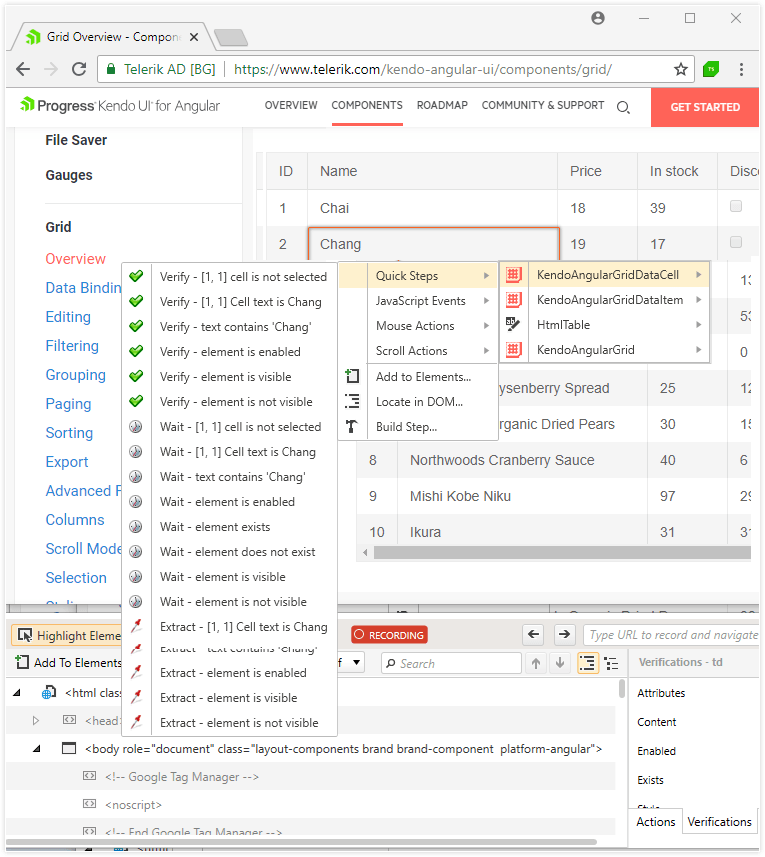 UI Functional tests are crucial for the success of any customer-facing application, but sometimes the execution of these tests can take too much time. And on top of that script issues due to a changed or missing element can delay the results even more.

We figured out that we need to provide a way to craft faster and more reliable tests. That's where our new Test Studio for APIs comes in. Now you will be able to use API tests inside Web tests. So, for setting and cleaning the environment up, for simulating concurrent user sessions or for simply reaching the UI under test faster you can use API calls, which are quick and reliable and will tremendously decrease the chance of random test failure.

Make sure to follow our blog topic page, because soon there will be a whole blog post explaining how to make the best use of the API tests inside your Web tests. 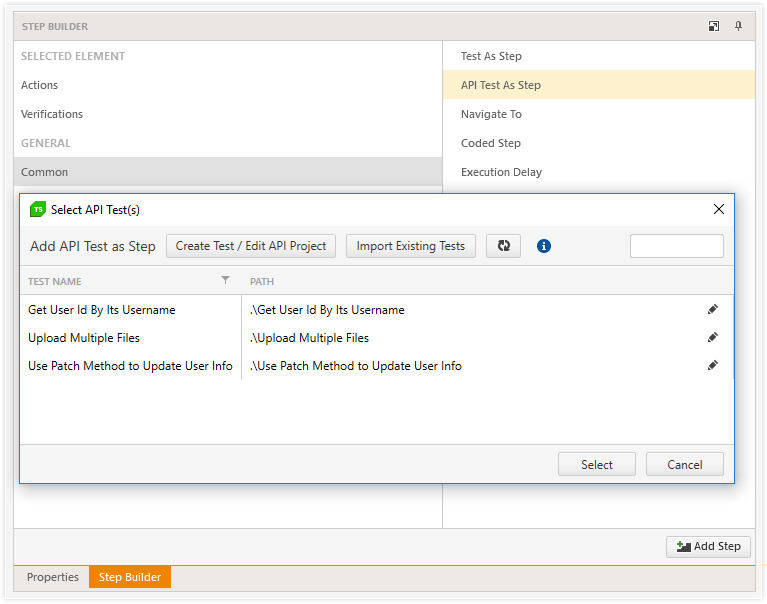 First, we improved the Load Testing UI, and it is now far simpler to set up and use.

Take a look at our documentation to see how to use the feature. Stay tuned for the upcoming blog posts that will explain Load Testing in depth, so you can make the best use of it to secure the stability of your applications.

Along with the comprehensive Test Studio element find logic, developers and QAs will be also able to use CSS Selectors in coded steps to find elements. This provides flexibility so that you can choose which element detection method is the best fit for a given application and scenario.

In addition to all the above, there are a lot of fixes and application optimizations.

We would love to hear your opinion, so don't hesitate to let us know what you think. Happy testing!