You can tell the VS team has an appreciation for Test Studio because they’ve went with our color scheme for the VS 2012’s artwork: 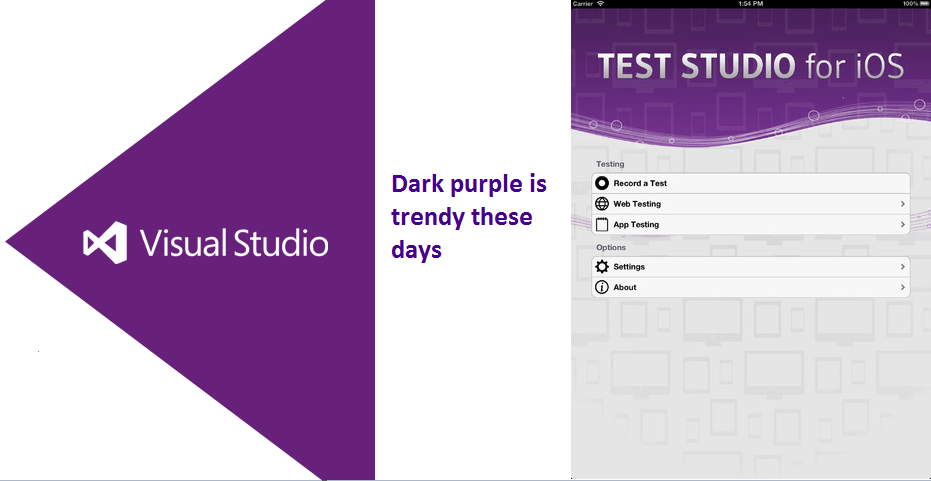 As you may already know Visual Studio 2012 is here. And the answer to the question you’re probably asking yourself is:

Testing-wise the major change in Visual Studio 2012 is that Test View is gone. Instead we have the Test Explorer. We recommend that you checkout this article. It will give you a good idea of how the Test Explorer is different from its predecessor Test View and some of the cool new things it can do. It took some tweaking in our code but Test Studio’s own test format (.tstest) is now fully discoverable in VS 2012: 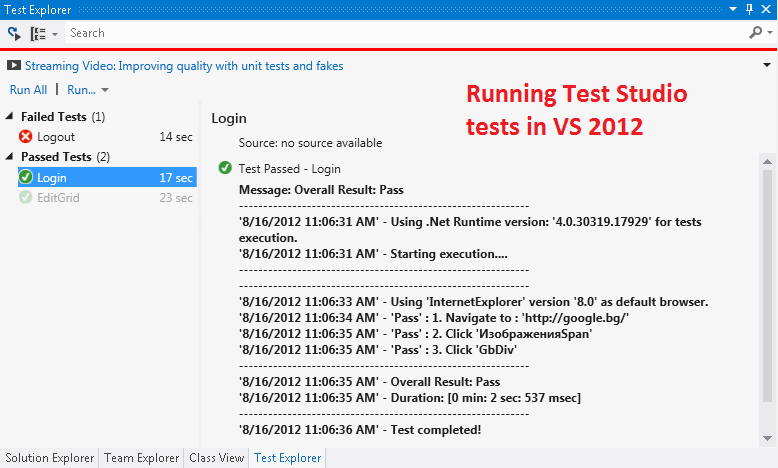 The concept of Test Lists is also absent. A degree of backwards compatibility is maintained – you can still use your previously created Test Lists. However, you are not allowed to put together brand new Test Lists in VS 2012. Instead you will have to rely on the newly-introduced concept of Test Categories. Test Categories seems akin to having tags for your tests and executing them in groups based on those tags. We can see some obvious advantages – you can, for instance, take a look at the test and checkout which categories it belongs to.

Let us know what you think! The VS 2012 integration is obviously still brand new and any feedback on what you, our customers, might need and want will be highly appreciated.

Stoil Stoychev has been helping customers solve their complex testing challenges leveraging his in-depth knowledge of Telerik Test Studio. He has traveled the globe fine-tuning his technical expertise and helping our valued clients succeed. In his spare time he enjoys motorcycles, live music and various sports.