Telerik Product Support Lifecycle: Which versions of the .NET Framework are supported?

We have been thinking of posting such information for quite some time and here it is now available on the website at http://www.telerik.com/products/lifecycle.aspx. We have now officially formulated a Product Support Lifecycle Policy for .NET Frameworks which should help all customers know where Telerik is heading and help them better plan their projects.

Telerik will be providing three levels of .NET Framework Support:

Mainstream Support (all new products, all new features, all bug fixes and all support incidents) for the current version of .NET as well as for the previous version of Framework for one year after the new version of .NET is officially released.

Limited Support (limited new products, limited new features, all bug fixes and all support incidents) for the previous version of .NET - provided for 2 years starting one year after the new version of the Framework is officially released.

Extended Support (no new products, no new features, no bug fixes and paid per incident support) - provided for at least 2 years after the product line has left Limited Support. 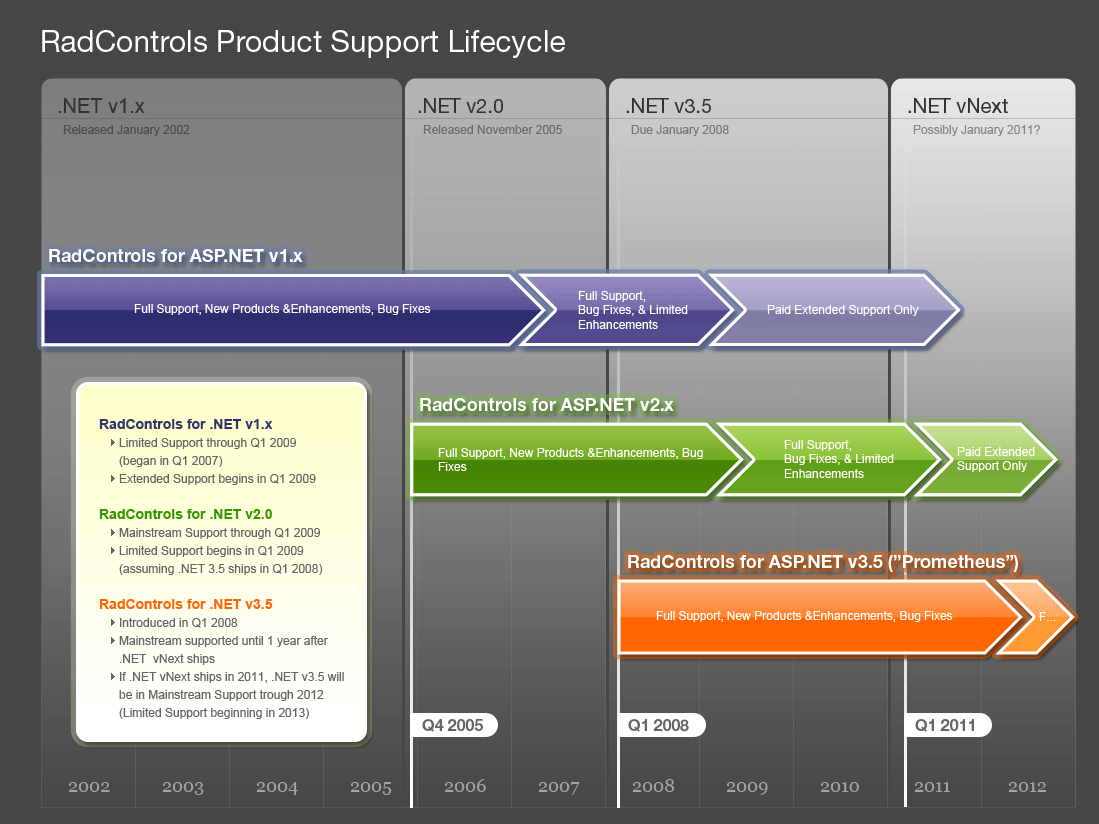 If this is way too confusing here is an example:

This policy should now make clear why we have decided to have some RadControls (RadScheduler, RadColorPicker, RadSlider, RadTooltip, etc) available only in the “Prometheus” line as well as why the new Reporting and WinForms product lines are available only for .NET 2.0 and Visual Studio 2005.

Please, let us know if this policy makes sense to you and how it will affect your planning and deliverables.