In this Part 2, I’d like to discuss another potential project killer – the project with no real budget or at best a ‘vague’ budget. You might think, “No budget…nothing to manage against!” Well, that’s not exactly the case. There is ‘always’ a budget – but sometimes you have to find that out the hard way….as I myself did on one project with a government agency when I was told there was not really a budget for this project I was taking over…

The project with the vague budget

Trying to keep both the customer and senior management happy financially can be a very trying thing under the best of circumstances. One cares a lot about cost containment and the other cares a lot about revenue generation. What makes one excited may not exactly excite the other. Good budget oversight, and forecasting are always going to be key responsibilities of the project manager. Losing control of the project budget is never a good thing and can easily lead to a project being canceled – a potential career-killer if it’s on the wrong project.

As bad as that is, having a project that lacks a budget or has a vague budget isn’t much better – even though it may sound like a dream come true. Trying to manage a budget that doesn’t really exist or is a moving target can lead to great frustration for the project manager and extreme dissatisfaction for the project customer.

I was leading a large federal project with a ‘vague’ budget of approximately $1 million to $1.5 million for the entire implementation. I was led to believe – when I originally took over the project after an earlier work stoppage – that the budget wasn’t a concern and the federal agency could always go get more money for the project, if necessary. Some processes were taking longer than anticipated – mostly because the customer data was far more detailed and of a larger volume than previously understood through the exploration phase. I was also of the understanding that the budget could be increased to cover this issue. That was not the case and there was a lot of corrective action that had to be taken including giving away a lot of free work on our part – even though the customer was well aware of the issues and the budget concerns.

There is a budget – knowing what it is can be critical

Having a good understanding of the budget you’re managing is critical and gives the project manager much more control in keeping the project in check and keeping customer confidence high. It’s nearly impossible to work on cost containment and revenue generation and project profitability when you have no idea what you’re managing against and what the overall budget really is.

When you work with the customer on the overall budget and you know what the hard number is for the project – when you know what is considered the target to hit for keeping the project financials on track – then you can inform your team, keep an eye on cost overruns for individual tasks, and you can actually manage the budget forecast against something that means something and is a final target for bringing the project in ‘on budget.’ This makes it easier to manage with profit in mind, cost containment in mind, and it makes it easier to effectively perform that very difficult task of scope management.

In the next we’ll look at #3 of my five potential project killers – the indecisive project customer.


Choosing the right tool is crucial for the success of your project. TeamPulse Requirements Management feature allows you to expressively define and effectively manage requirements. The product enables you to easily capture ‘user stories’ (high-level informal statements of requirements), associate them to (end-user profiles), create relationships between stories and much more. 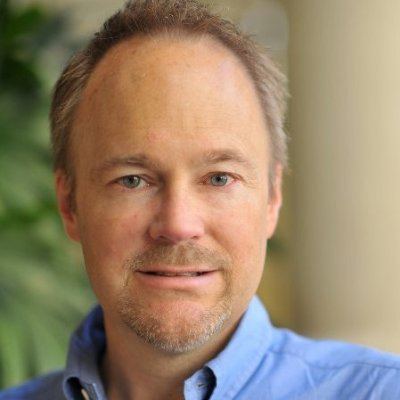