After several sleepless nights, heated internal debates and large dozes of caffeine, we came to a consent about what to be included in the third major release of our Kendo UI, UI for ASP.NET MVC, UI for JSP and UI for PHP products in 2015. And for a second time this year, due to release alignment with the products from the Telerik DevCraft Collections, this release cycle will be a month shorter, and Q3 2015 is expected in the very end of September.

How a Roadmap Comes to Life

As you may know, putting together a roadmap and executing successfully on each item in it within a restrained timeframe is not a trivial task, and should be approached strategically with the necessary attention and seriousness. That's why after each Q release here at Telerik our product strategy, product management and engineering leads meet to identify, prioritize and line up for implementation new Kendo UI features and tooling for the next release cycle, based on:

As visible from the bullets above, your feedback plays an imperative part in picking the new functionality to be incorporated in the product, therefore we select the most valuable features for HTML and JavaScript developers using Kendo UI. When this data is carefully analyzed, correlated and mapped to key deliverables, the roadmap shapes in its final form and gets disclosed publicly.

Knowing these details, without further ado I am presenting you the focal points in the next Kendo UI major release below.

With Kendo UI we are always on the lookout how the World Wide Web is evolving in terms of UI components development, and the Web Components specification (first version coming later this year) promises a bright future. This spec strives to help us build better component libraries and reusable UIs, thus providing unified and ubiquitous user experiences across browser and devices, no matter what data plumbing or backend you are using. 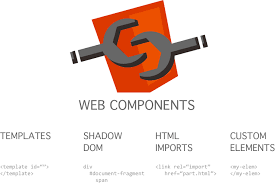 The important thing here is that although some browsers do not support fully the web components specification yet (including custom elements, shadow DOM, HTML imports, etc.), the browser vendors reached an agreement and made a contract to support it in the near future. This is a great step towards having a common standard for UI development, and big news for developers who want to accelerate the speed and optimize the effort for developing, testing and improving features for their web apps.

Furthermore, we have the intention to couple that with a Preview version of Angular 2.0 (currently in Alpha, Beta expected in the end of 2015) ​integrations for Kendo UI. This, of course, will be aligned with the forthcoming Angular 2.0 updates in the second half of the year. As we know, Angular 2.0 is a major rewrite and is not expected to be backwards compatible with Angular 1.x, hence supporting it would require a major effort.

There's another major item in our pipeline for the Q3 2015 release of Kendo UI. After performing extensive research and collecting feedback via public mediums and 1:1 interviews with customers and prospects, we laid the foundation and already started the development of a new Spreadsheet component for Kendo UI and UI for ASP.NET MVC (see announcement in ​our blogs here). With it we'll bring Spreadsheet-like experiences to your web applications without writing a single line of code, including formulas, import/export from Excel, intuitive keyboard navigation and editing, and many more. 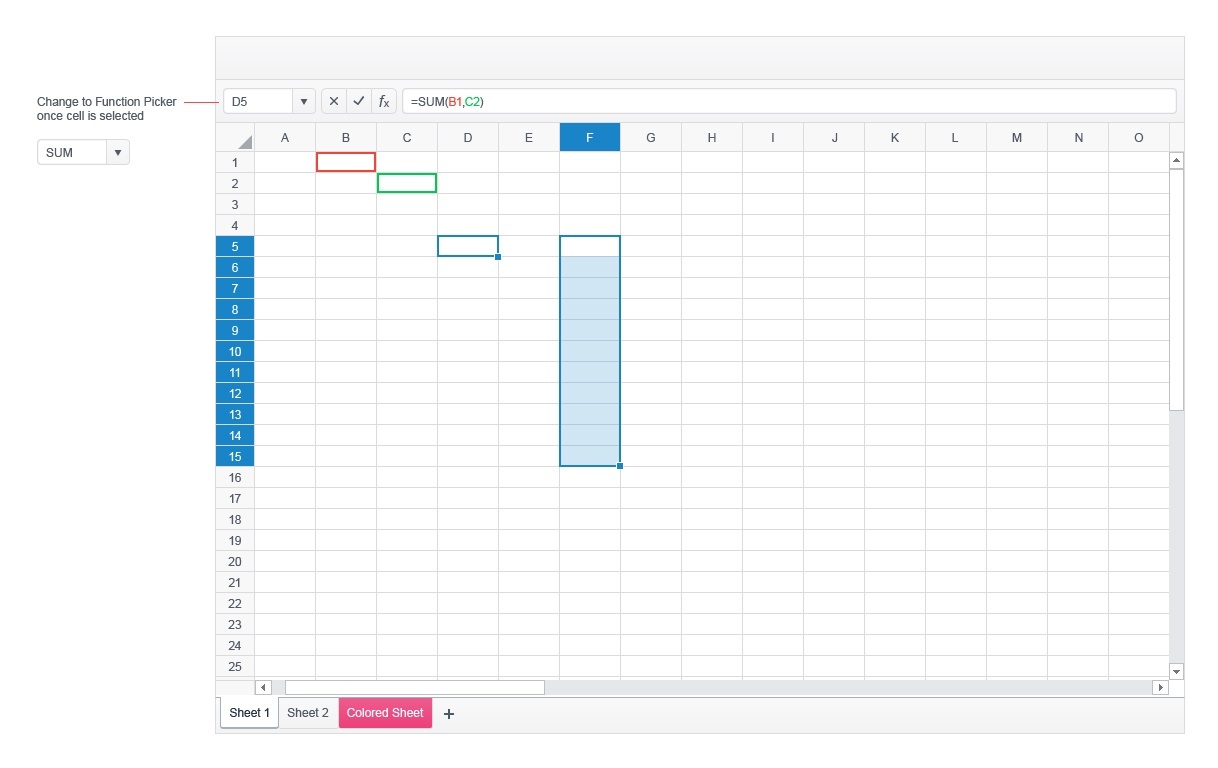 The first preview release of the spreadsheet is expected to be out with Q3, and the following official release is slated for Q1 2016. With this inclusion you'll pretty much be equipped to build any type of advanced line-of-business application for web with our powerful UI library.

If you can't wait to become an early adopter of the Spreadsheet, hit us up with an email at SpreadsheetFeedback@telerik.com.

When using a UI component library for development, simple project boilerplates are these little gems which save you a few tedious steps/configurations and speed up your development when getting started with a common scenario. Knowing this for a fact, we decided to include a handful of Kendo UI project boilerplates as part of the product distribution to jump-start your development, and also integrate them as project templates inside of Microsoft Visual Studio, for those of you who feel at home with this IDE.

On top of that, we'll be including scaffolding capabilities for Kendo UI widgets (​starting with grid, chart and scheduler) within Visual Studio, when used in ASP.NET MVC projects. Thus you'll be able to connect these UI components, when placed in MVC views, with your model and respective controller logic.

Kendo UI features seamless integration with Twitter Bootstrap for building application layouts with RWD in mind, and also ships a Bootstrap-inspired theme which conforms to the default styles of the Bootstrap primitives. For Q3 we plan to extend the integration between both frameworks even further, by providing the option to import styles from any Bootstrap theme (standard or custom) and generate the pertinent css definitions for the Kendo UI widgets. In this way you will be able to make very easily Bootstrap components and Kendo UI widgets used within the same app perfectly ‘in sync’, in terms of visual appearance.

There's a significant pack of major features coming for our DataViz widgets either. The chart is going to boast the long-anticipated scrolling & zooming functionality on desktop and mobile devices (using mouse region selection or pinch gesture), while the gantt will incorporate task templates, column resizing and responsive improvements.

Moreover, the modern Nova theme introduced in Q2 for our mobile widgets will be extended for Web and DataViz as well, thus delivering unified styling for all UI components in the suite. 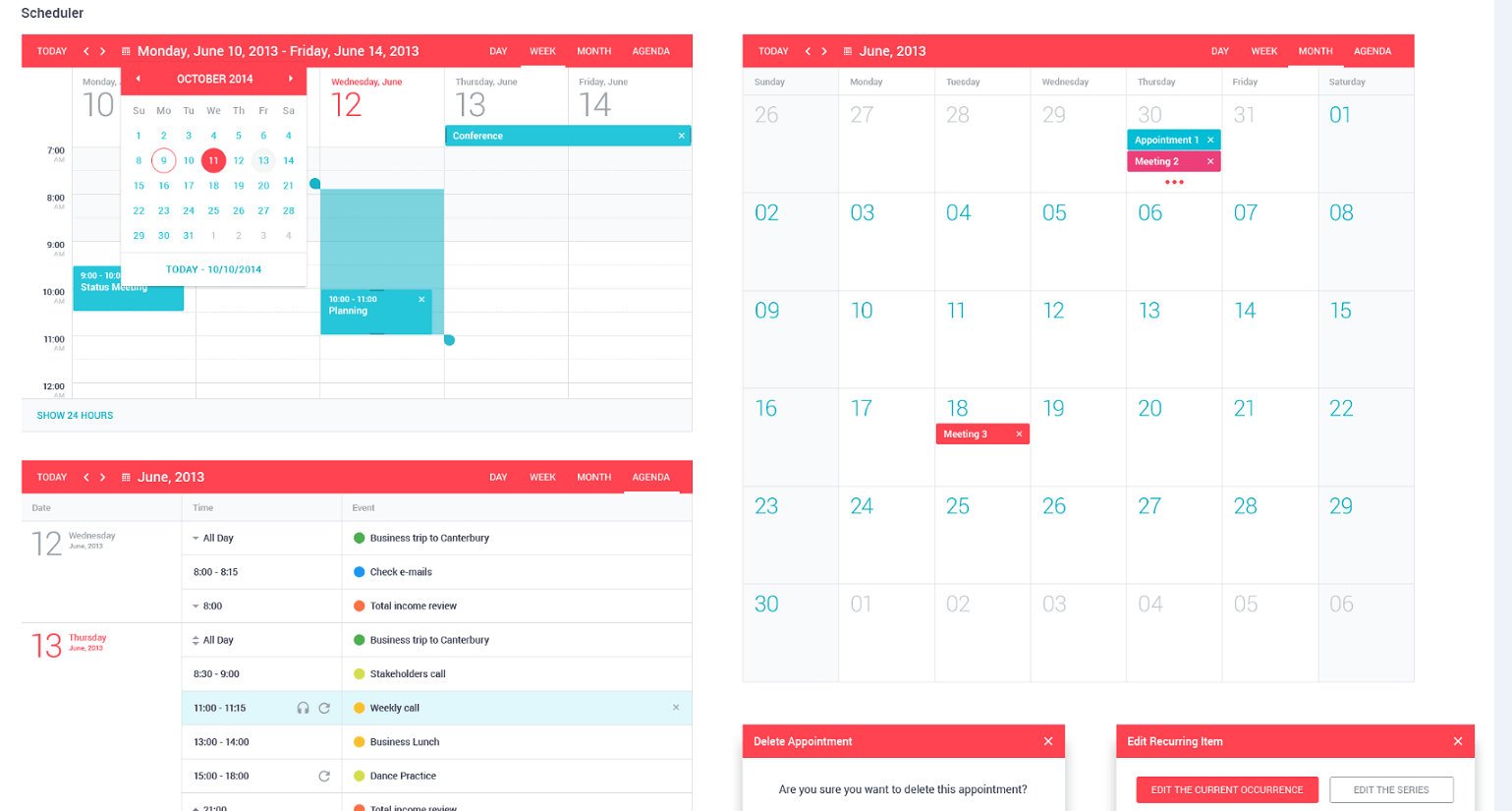 More notable items include keyboard support for the toolbar, horizontal 'auto-scroll' functionality when reordering grid columns, and so on.

The process for adding scaffolding capabilities to the more complex ASP.NET MVC server wrappers for Kendo UI continues in this release as well. This time the scheduler will join the grid and chart widgets to provide auto-generated code for connecting controllers and views which host it, and feed it with data from the underlying model definitions.

The march towards the next major versions of .NET and MVC is expected to ramp up in the second half of 2015, and reach its RTM phase in the last months of the year. Our UI for ASP.NET MVC product is aligned with this cadence, and you can expect from it to support the up-to-date version of .NET 5 and MVC 6 shortly after each update is pushed out from Microsoft. At the time of writing of this blog post, we support the latest MVC 6 Beta (Beta 4), and you can give our UI for ASP.NET MVC 6 Beta a spin, fetching it from this public NuGet feed.

We'll also be completing the configuration of the long-promised private NuGet server/feed for UI for ASP.NET MVC official commercial versions (secured with your Telerik user/password credentials) during the next Q cycle.

The set of Telerik UI for ASP.NET MVC project templates in Visual Studio is planned to be updated visually, to make it more easily discoverable and intuitive. A couple more templates will also be added to give you project placeholders for common simple scenarios.

The ASP.NET MVC server wrapper of the new Spreadsheet component depicted above will feature inherent integration with the Excel processing engine of the Telerik Document Processing Library (.NET-based library). In this way you'll be able to specify an Excel file, import its content in the Spreadsheet, view and modify its data, and then export it back without any extra coding.

A slew of new functionality and features is due with Kendo UI Q3 2015! And as always, your feedback ​is instrumental in planning the development direction for Kendo UI. Therefore, I’m eager to hear your thoughts on our roadmap, voicing them in the comments section below.

If you have any suggestions or feature requests, head over to our Feedback portal and submit them where they can be reviewed and voted on by the community, and prioritized for future development.