2 Answers 31 Views
General Discussions
This is a migrated thread and some comments may be shown as answers.

I've been working on trying to get Test Studio's Bug Tracker configured for a new product/team my company has put together.  I've been following the Telerik Bug Tracking Configuration documentation provided.  And it works... kind of.  Instead of sending the bug to my team, it's sending it to the entire company where it will either a) be seen by all teams and clutter up their backlogs or b) be seen by no one as it's not assigned to any team; I'm not sure which, but neither is a desirable outcome.

Azure DevOps is set for the URL in such a manner: https://dev.azure.com/[unique_identifier]/[Company]/_backlogs/backlog/[Team_Or_Product_Name]

Following the default configuration instructions previously mentioned, it desires the URL up through the unique_identifier. With this, I'm given the chance to login and it'll connect. I then get a dropdown for my "project" which correlates to the Company tag in the URL schema.  And then that's it.  I get no option to choose my team or product at all.  Thus the bug goes to the selected "project" - the entire company.

I've tried including the /[company] portion of the URL when setting things up, but Test Studio doesn't see it as a valid URL and won't connect at all with it.

So, is there a way to configure Test Studio to submit bugs to a team or product, or at the very least alter the "Area Path" field on the bug on submission so as to keep it from going to the entire company? 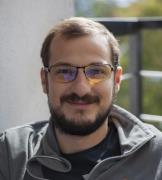 Thank you for sharing details about the encountered issue and the project structure. I assume that the [Company] is actually the Azure DevOps project name and this is why the bugs are created there by default. It seems to me that you are using different fields to filter the items by product or team. If that is the case, please share more details on the project structure and the custom fields.

There is an option to submit a bug to TFS with custom fields and we will test it on our end with Azure DevOps and share more details with you by the end of this week. In the meantime, you can try to achieve that by following the details in the linked documentation above. The idea is to set those fields and values in a .xml file and Test Studio should use those configurations for the next submitted bug.

Please let me know if that works for you, or you need further assistance. I will get back to you by the end of the week to confirm whether the configuration of custom fields works for Azure DevOps as well.

Thank you for your understanding.

The New Release of Telerik Test Studio Is Here! Download, install,
and send us your feedback!
0

We did some tests with Azure DevOps and the current option to configure custom fields for bug tracking in TFS. I am sorry to tell you, that this is currently not supported and I created a public feature request on your behalf. At this point, I can't promise when it will be implemented to Test Studio, but we will try to do it for the next official release. So, please vote for it and follow it to get notifications for its progress.

In the meantime, you can create a new project and redirect the new submitted bugs there, if that works for you. This will use the default configuration for auto-submit feature in Test Studio.

Thank you for your feedback and understanding.

The New Release of Telerik Test Studio Is Here! Download, install,
and send us your feedback!
Tags
General Discussions
Asked by