We announce our official support for the new ASP.NET Core framework (MVC 6), and answer some of the most frequently asked questions by our community.

ASP.NET Core 1.0 RTM is now live and developers around the globe are highly excited to give it a spin. Now that it's released, more and more developers are about to start new or to migrate existing apps onto it. This means the need for beautiful and high quality UI components that run on the new Microsoft framework is increasingly vital.

As a result, the inevitable question arises:

When will Telerik UI for ASP.NET AJAX officially support it?

I'm proud to share that as of today the R2 2016 SP2 release of Telerik UI for ASPNET MVC fully supports ASPNET Core 1.0 RTM!

All included components are fully compliant with ASP.NET Core (MVC 6) and will allow you to build apps with beautiful and accessible UI that runs on the supported three operating systems: Windows, Mac, and Linux.

Is there a new name for the Kendo.Mvc assembly for ASP.NET Core?

Yes, that's right, the name of the new assembly is Telerik.UI.for.AspNet.Core and it clearly highlights the framework targeted by the suite. The new name replaces the old Kendo.Mvc.dll one.

Will the temporary NuGet.org feed be updated?

The idea of the NuGet feed was to provide a fast way to obtain all latest releases of our MVC bundle built against the beta and release candidates of ASP.NET Core. Since NuGet is suitable for open source resources, and we also offer a private Telerik feed for distributing NuGet packets, we won't distribute any more MVC Core related installations.

From now on we recommend using the Telerik private feed for the UI for ASP.NET MVC product. You can access it via https://nuget.telerik.com/nuget by referencing this URL as a new package source inside of a Visual Studio project. To gain access to the server you have to provide your Telerik account credentials: 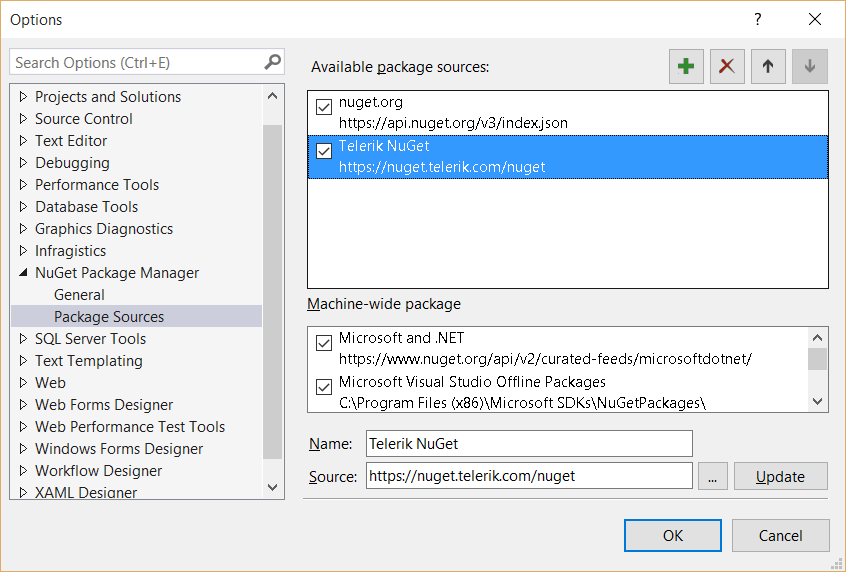 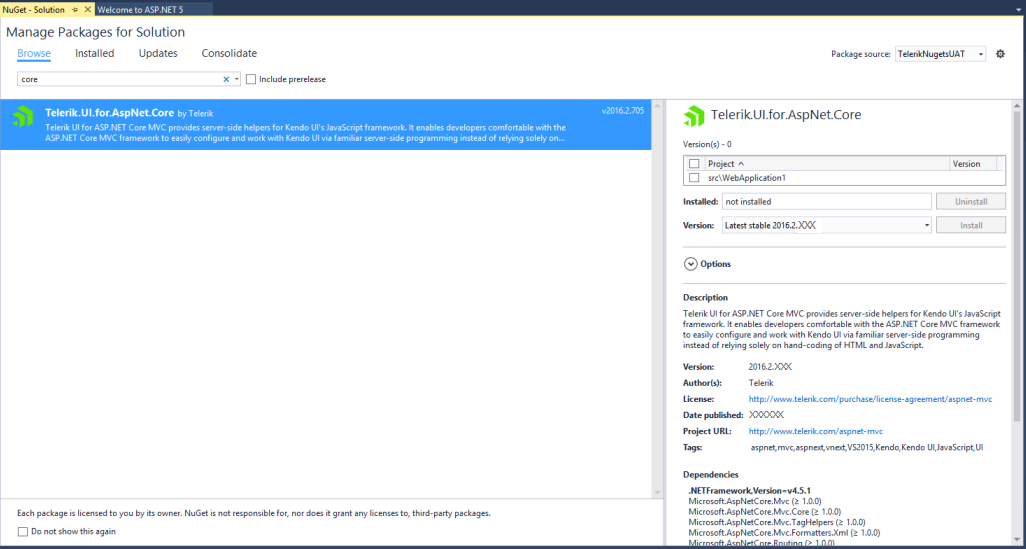 Figure 2. Telerik Private NuGet feed along with the Telerik.UI.for.AspNet.Core package

Yes, you can easily get started with the new Telerik ASP.NET Core project through the create a new project wizard of Visual Studio: File -> New -> Project ... -> Installed -> Templates -> Telerik Web -> Telerik C# ASP.NET Core MVC Application. The template is based on the default ASP.NET Core one and features two of our popular Telerik MVC navigation components Menu and TabStrip:

Are there any alternative ways to obtain the new R2'16 SP2 release?

You can always log into your Telerik.com accounts, go to the Downloads section and download the preferred installation type.

Bring Your Apps to Life With SignalR and .NET 6

Checking the Health of Your ASP.NET Core APIs