This article was updated to include changes from 6.0.0-rc1

ASP.NET Core MVC is formerly MVC 6. In ASP.NET Core, MVC will be a middle-ware component of ASP.NET Core and is no longer identified as a separate framework. The version number of MVC will also change to 1.x in subsequent releases.

ASP.NET Core MVC (formerly MVC 6) is a ground up rewrite of the popular .NET web platform. Sweeping changes were made throughout, with even some of the most basic elements being reorganized. These changes are immediately apparent when starting a new ASP.NET Core MVC project, especially to developers familiar with previous versions of the framework.

Let's hit "file new project" and take a tour of the new ASP.NET Core MVC project template. We'll look at what's missing from MVC5, what we can expect to stay the same, and what's new. 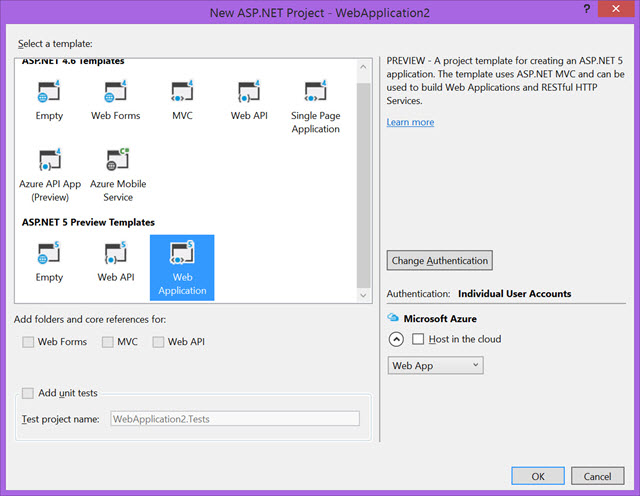 Before beginning work on a new project it's important to understand where some familiar items have gone. Considering that ASP.NET Core MVC is a complete rewrite, some changes should be expected, however there are some key players missing that might come as a surprise.

All items in this list that have a replacement counterpart will be explained in detail under the "What's new" section.

Very few things remain unchanged in the ASP.NET Core MVC project template. In fact the only three items that really stayed the same are the fundamental components of the MVC pattern itself: Models, Views and Controllers.

At first glance, it's apparent that there's a lot of new parts to an MVC project. From the root folder down there are many new files and folders that come with all new conventions. Let's explore the new items and understand their purpose in the project. 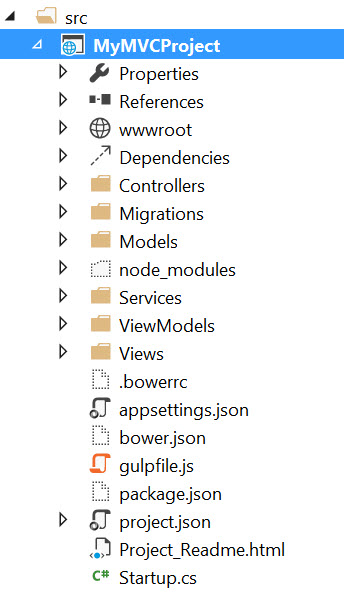 The ASP.NET Core MVC project template embraces the web in many ways. From the root folder and below, most of the project structure has changed to align with the ever changing web. The inclusion of NPM and Bower in addition to NuGet provide developers with a wide range of options for bringing modular components to their application. The standardization on the JSON format for configuration further aligns with web methodologies. While many things have changed in the project template, the core MVC components have remained.

"File new project" may be a bit intimidating at first, but knowing where to find each piece and its purpose will give you a head start.