We’ll be at the Angular Connect conference on September 27-28. Join us there to learn about the latest for Kendo UI, NativeScript and Angular—and win prizes!

With the Google event in Mountain View raising a lot of speculation about Angular 2, the Kendo UI team expects the Angular Connect conference in London to be that much more important. That said, we’ve got a number of places where you can see us there. There is even some talk internally of giving away a lot of free licenses out as part of a special announcement we’ll be making at Angular Connect—stay tuned to the Kendo UI Twitter account for that.

Move, Shake and Drop with NativeScript & Angular 2 by Jen Looper

Writing mobile apps is hard enough, but when you need to include an integrated web site with your native mobile app, things really get crazy. Partnering an Angular 2 codebase with a NativeScript app, however, can create beautiful music.

In this session, you’ll spin up a native mobile app using NativeScript where you will create sketches paired with Soundcloud music tracks. At the same time, using shared code between web and mobile, you’ll create the matching web presence to display the audio visualization you created on the mobile app to build your own custom PocketRave!

This session will showcase the magic of Angular 2 enhanced with a NativeScript-built mobile app, all songified with Soundcloud, and visualized on the web, with a special treat at the end to complete our sound and light show!

The atomic building block of Angular 2 applications is the component. The entire architecture is built around component composition and a clear API for communicating events and states through your component tree. This allows us to create stateless components with deterministic rendering, which leads to a profound reduction of moving parts in your application.

Jen Looper and Todd Motto will be on stage often—helping with both the conference’s official Office Hours and a panel on Mobile & Progressive Web Apps. There are three Office Hour periods scheduled throughout the day, and we hope to see you during one of those. Come bring your Kendo UI and NativeScript questions.

Win some great prizes and learn Angular 2 and NativeScript. The hackathon is organized by Jen Looper and Sebastian Witalec and we’d love the whole conference to help decide the winners. The hackathon is on September 27th from 6:30 – 10:30 pm. Just reach out to Jen or Sebastian in order to participate. Find more information about the Hackathon on the Angular Connect website. Join a team and connect with us on the #hackathon room in the NativeScript Community Slack channel!

Geek Out on Angular with Todd Motto

Todd will be going around with a video crew filming short bits on all things Angular with the masterminds of the Angular community. So if he approaches you—that’s right, you are one of them! :) For all the rest of us regular mortals, Todd will be posting them on Kendo UI social channels, so stay tuned for a recap of all those videos.

Booth: Robot Olympics and Shirts All Around!

What would a conference be without a booth, right? :) We hope to see you there and to hook you up with one of these tshirts… once you are mesmerized by a clever minion-robo app developed by Sebastian Witalec, who will show you how Angular 2 and NativeScript can help you build an army of minions to take over the world. Spin to win at the booth and come chat with us about everything we’ve been building lately! 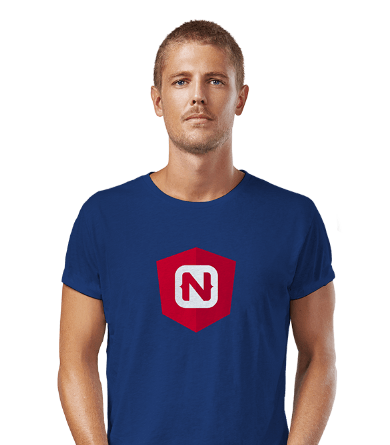 While you’re at it, you also may want to register for our Kendo UI release webinar on October 11. Join Kendo UI Developer Advocates John Bristowe, Cody Lindley and Todd Motto for a webinar where you’ll learn what’s new and how Kendo UI is evolving to meet the bright new world of Angular 2. Technical demos of the new components and a Q&A session will bring you up to speed on all the new stuff in the R3’16 release of Kendo UI.

Register for the Webinar Now