Whenever we plan a new release we try to navigate between several stakeholders; the customer requests (features, ideas, bugs), demands by our own Telerik teams (not the least,Telerik JustTrace), the ever changing landscape of technology (should I mention Windows 8 and JavaScript?) and, finally, our own aspirations and visions. Trying to find a compromise between these poles and tailoring it to time and resources is both exciting and difficult, as every project manager knows I guess. Despite the fact that we so often impose ourselves quite a challenge I'm always impressed near release time that the team exceeds what we aimed for and thus honor Telerik's commitment to 'deliver more than expected'. This release cycle was particularly exciting due to the new Windows 8 opportunities (the Store and the WinRT programming model in particular) and adjacent technology shifts. Besides a feature-packed new release of RadDiagram for XAML we have been busy working on a full-blown, touch-centric mocking application for the upcoming Microsoft Surface and a diagramming framework for HTML. The former will be released imminently and eventually lead to a diagramming library for WinRT while the latter will surface (pun intended) later next year. More about this when the time is ripe for it.

With every new release we add new samples and at the same time try to improve the existing ones. This interplay between concrete applications and framework development helps you, the end-user, to see how RadDiagram should or could be used but also helps us to simplify or improve things. One of the things we particularly enjoy is to make things easier, both on the (RAD) integration level and on the API level. If effectively flows out of our philosophy to make the simple (or expected) things easy and the complex possible: 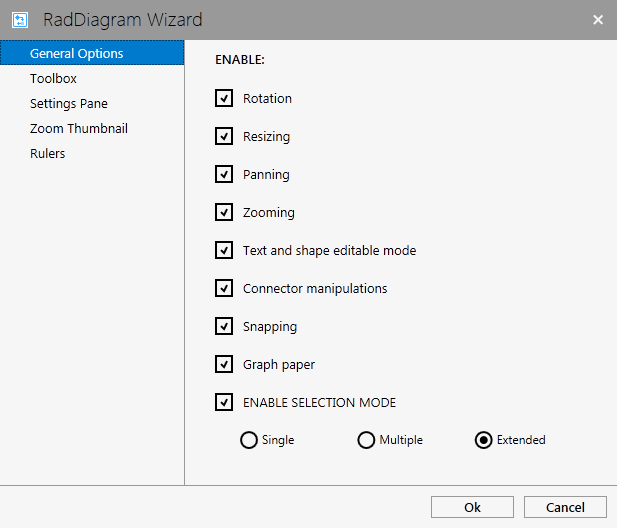 One of the most asked for (around twenty votes) feature on PITS is the possibility to use a (freehand) pencil tool as well as a polygon tool. You will find a new drawing sample which acts as a simple painting canvas and demonstrates the new pencil and polygon tools. For now the generated shapes cannot be re-edited after creation, this is scheduled for the 2013.Q1 release along a whole set of other connection-related possibilities. Note that these tools taken together with the mechanisms demonstrated in the dashboard sample allow you to develop applications similar to Microsoft Onenote and that the touch enabled capabilities in Windows 8 will make these tools productive and fun to use. 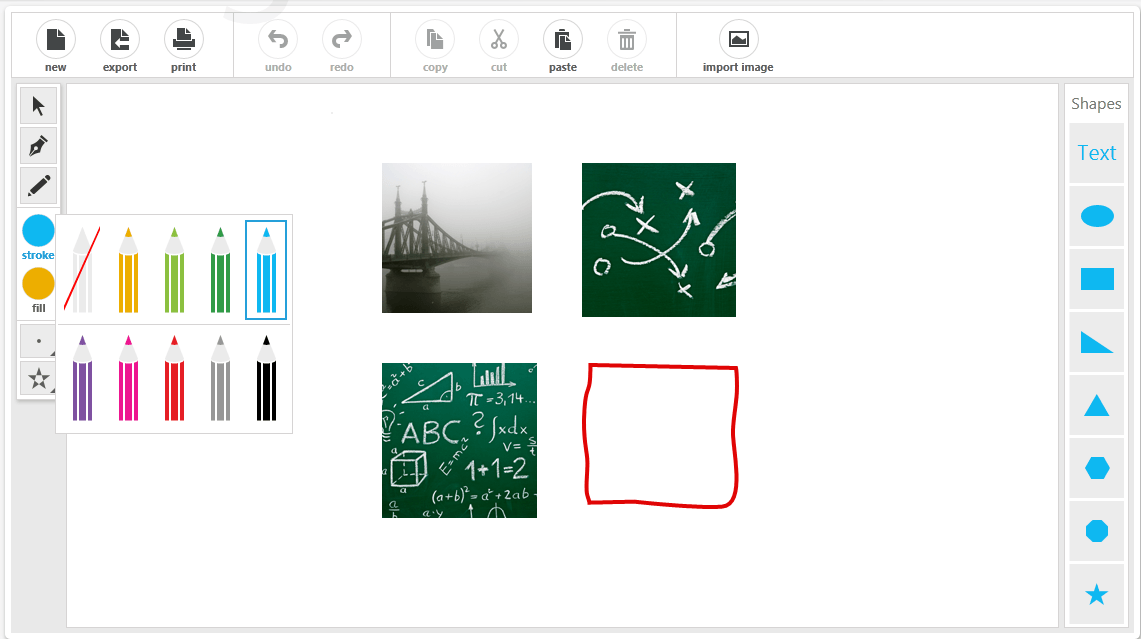 Copy/Paste from Visio (WPF Only)

Another asked for feature (and one which surprised us somewhat) was the ability to copy/paste from Visio into RadDiagram. We enabled this and more; you can now copy any portion of Microsoft Office data into RadDiagram, copy part of a Photoshop image into a diagram, paste XML representing a RadDiagram and more. Note that pasting from Visio doesn't mean you have a full-blown Visio object model in RadDiagram or, conversely, that you can use RadDiagram groups inside Visio as Visio-groups. Instead, this feature means that any data on the clipboard which can be interpreted as 'image' data (technically speaking, a device independent format) will be pasted into a diagram.

In function of workflow diagrams and table-oriented diagrams (SQL designer, class designer and such) we added two important new features; containers and gliding connectors. Containers are a continuation of groups in the sense that just like groups they allow you to combine shapes into one 'box' but have a visual representation. You can think of them as headered items shapes with the possibility to customize (template) their appearance. Both groups and containers will be further improved in the next release and will support a whole set of new diagram types. The gliding connectors abstract away the need to predefined fixed connectors on a shape and thus allow you to connect shapes anywhere around their boundary. While fixed connectors bundle connections, a gliding connector will attempt to glide the endpoints along the edge of the shapes. The final state diagram shown here is a good example of where/how you would use this type of connector. 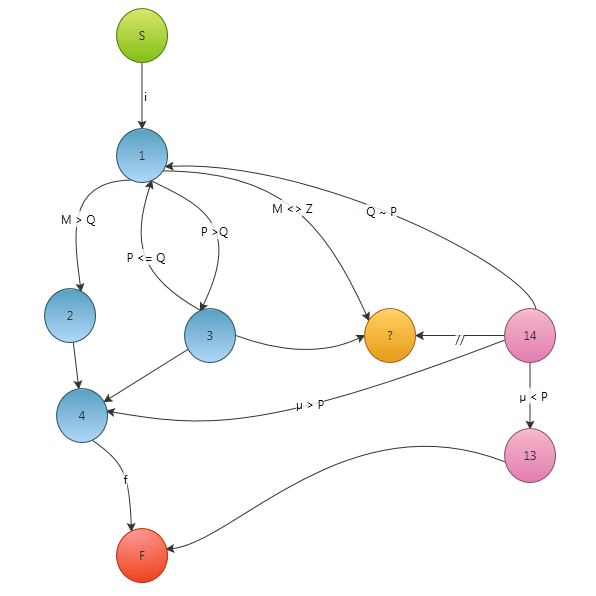 Javascript and HTML5 have been much on stage in the past year and our Telerik Kendo UI suite demonstrates our commitment to this complementary technology. While you will have to hold your horses a bit longer for a full HTML diagramming library we have, as an intermediate step, developed for you an HTML export of RadDiagram. This allows you to 'export' diagrams and make them available to any browser and platform. A whole lot can be said about this topic but this will come later on. Please keep in mind that we do the export by transforming the Diagram XML format into SVG using JavaScript code (git it here) and if the code doesn't suits your exacts needs, just get it and modify it as you wish.

Finally, in the category 'small but important' I need to mention:

For more details, please visit the RadDiagram homepage. Of course, all your ideas and thoughts are welcome via PITS,Twitter or forum.

You can also refer to Q3.2012 Release Notes for the list of all new goodies.