Re: My Angular love story, chapter 2


Re: Meet the newest member of the Progress Dev Advocate team

My journey thus far probably looks like a lot of millennials in the beginning, thankfully though, it ends much better than many of my poor millennial fellows. 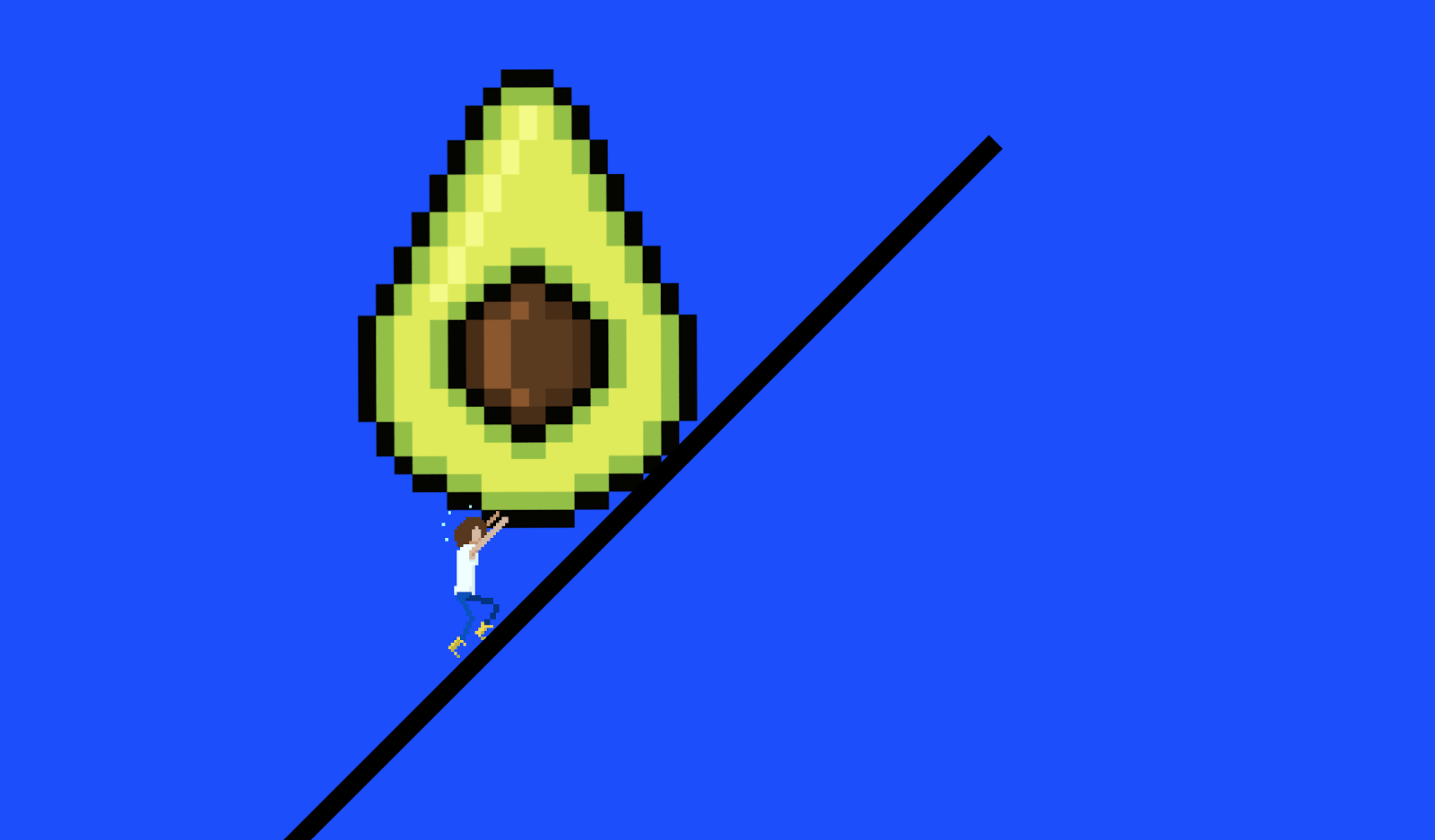 source: Why millennials are facing the scariest financial future of any generation since the Great Depression.

After graduating from a podunk high school in Oklahoma, I decided to go to OU, the state school 2 hrs from home 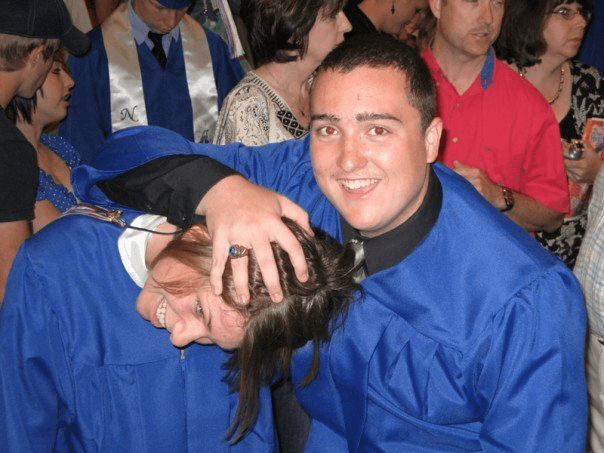 There I got my BA in Psychology, thinking I would continue on to do clinical studies in Psych. Although my passion for Psych had been drained over the last 4 years of my degree, as I realized nobody was looking for a cure. 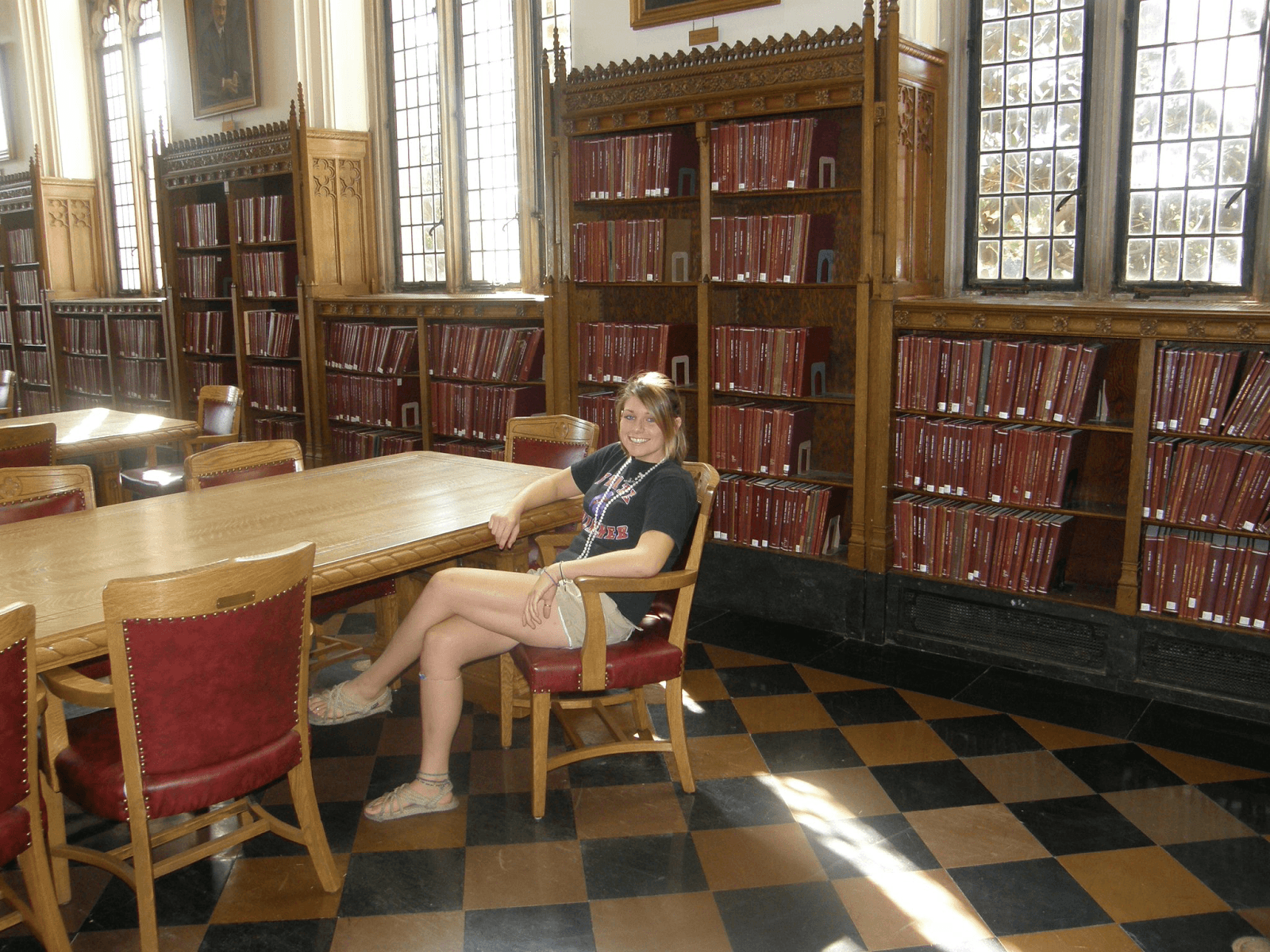 That guy in my high school graduation photo happens to be the same guy I ended up marrying. We dated long distance for 3 years (6 mo. of that we were married.) Neither one of us wanted to stop our degrees and we both wanted to get married, so long distance it was! At the time he was getting his Web Design & Development degree from Full Sail in Florida.

For those of you considering a long distance relationship, I will just say this. It is so incredibly hard, but not impossible. So don't let what people say stop you, give it a go. You will always regret *not* trying. 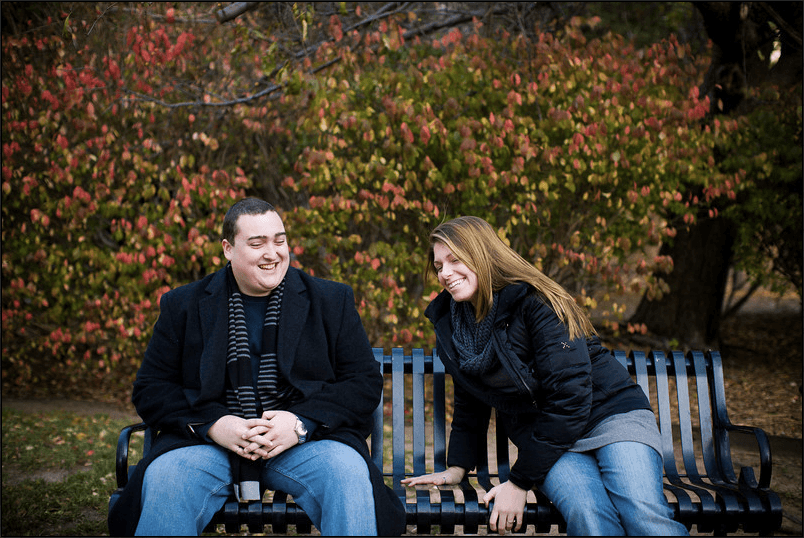 So after we both graduated, he got a dev job in Boulder, so to the mountains we moved. During our time there (a brief 6 months during the heart of winter), I worked at Starbucks while trying to decide if grad school was really right for me. I saw what my husband was doing everyday and started asking questions and playing around myself with HTML & CSS. I decided I wanted to give this "programming" thing a try but didn't want to spend another 4 years in school. So back to Florida we went, so I too could get my BS in Web Design & Development from Full Sail. (The degree program takes less than 2 yrs.) 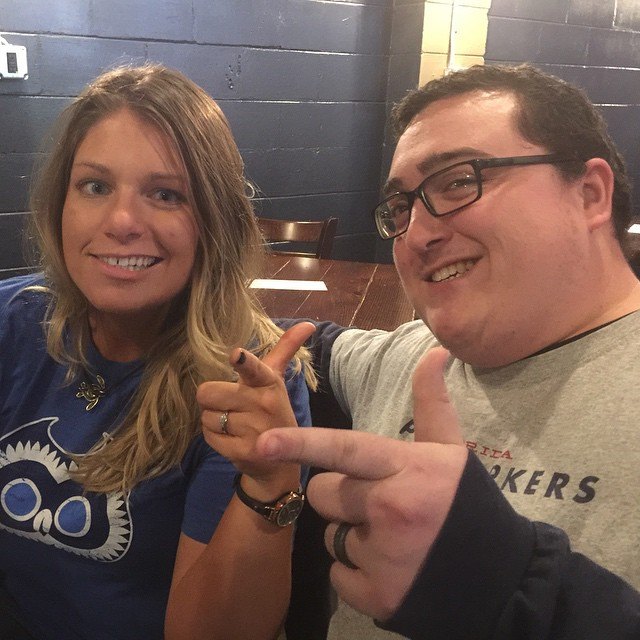 It was at Full Sail that I had my first light bulb moment in dev, it was at Full Sail where I met and fell in love with Angular. But that's a different story, one that would side track us for 312 words. (read here)

While I was there, soaking up all the knowledge I could, I also started to go to local meetups. I spoke one weekend at the Barcamp (my first time on stage).

This is where I ran into my future boss, Gregg Pollack, owner at the time and founder of Code School. Gregg and I hit it off and stayed in touch from that meetup on. A week before I graduated he texted me, asking if anyone had scooped me up (they hadn't) and to come into the office on Monday. This is how I got my first job in this industry without an interview or even applying. This is when I learned the all encompassing power of people skills combined with conferences/meetups. 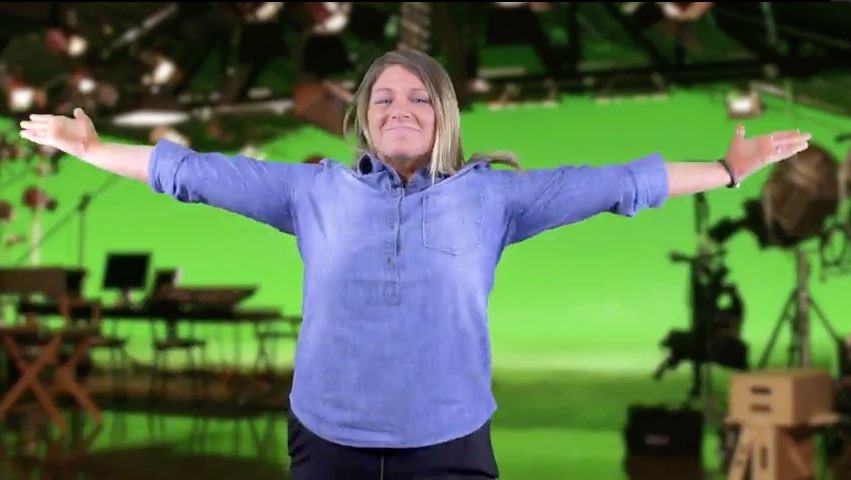 A fan wrote about one of my courses and photoshopped me into this pic :)
For three years I taught at Code School. This is how I furthered my knowledge in Angular and actually got to know the Angular team. Brad Green and I would talk weekly about the course I was creating and he would look over my content to ensure I was teaching AngularJS the best way.

You can still see the link to the AngularJS course I made on the home page of the Angular docs. 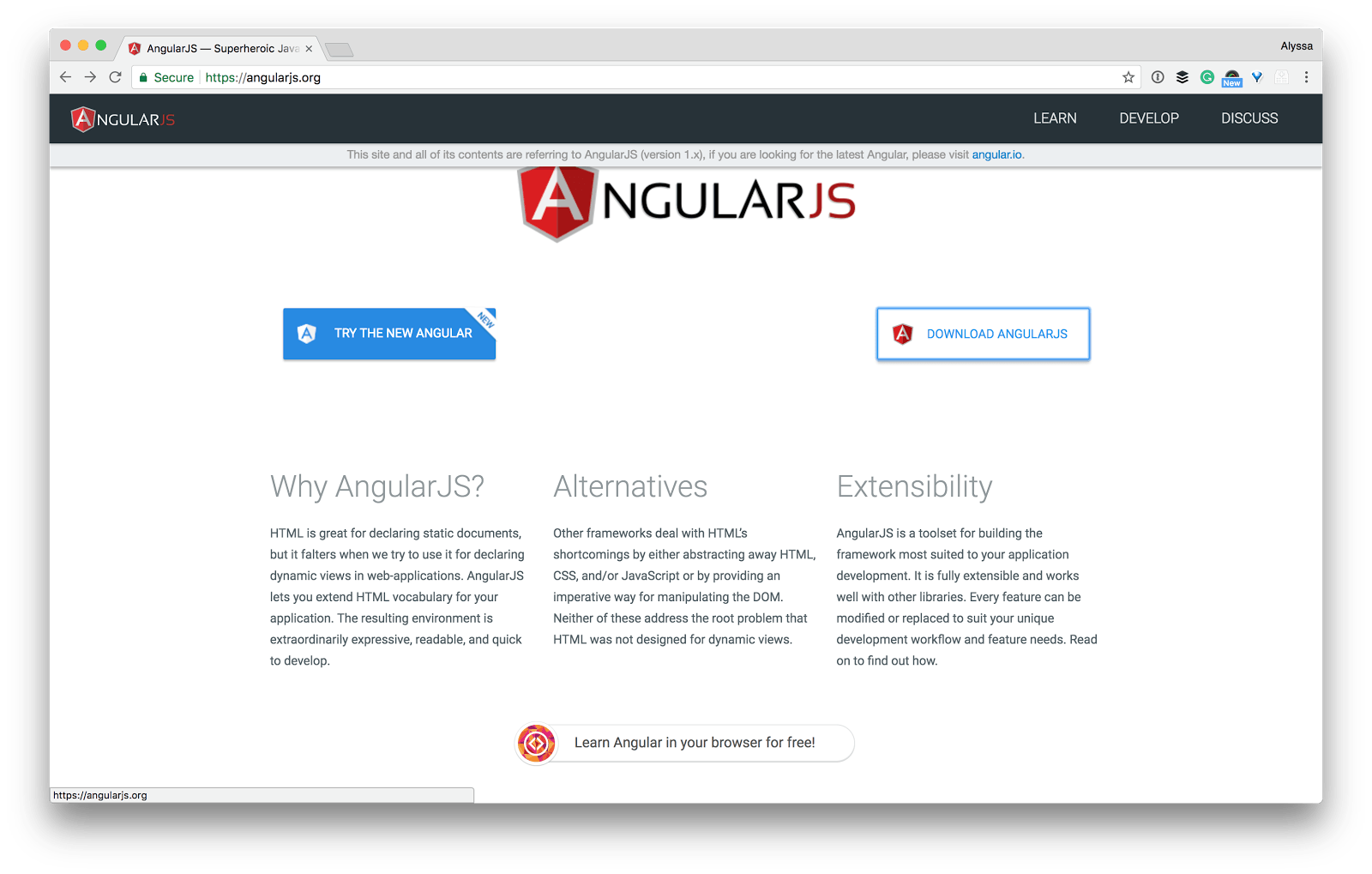 Me working on courses in the lounge area at Code School. This is where I discovered I prefered unconventional spaces to do my best work. 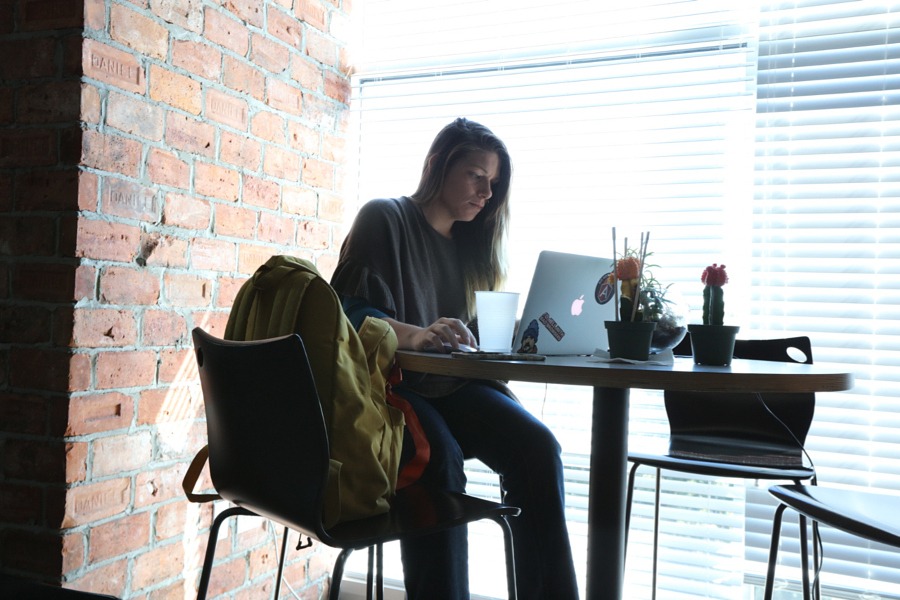 
I absolutely LOVED working at Code School. It was an incredible company filled with extremely talented people. However, course after course and conference after conference, I started realizing that my dev skills were not being challenged enough. I knew I was good at teaching, at taking large concepts and explaining them in bite-sized chunks for devs to digest. However, I didn't know if I could actually take those concepts and build real apps, used by real clients. I wanted, no I needed, to know if I could.

So I left Code School to join a small start up out of Durham NC. I worked from home and this was the first time I realized how much my ADHD in the office had been hindering me. Creating drop dead silence in my own home office allowed me to be more productive than I had *ever* been. If you ever have an opportunity to work from home (even if you are a socialite) I suggest you take it. It has been a truly incredibly and eye opening experience about how I work best as developer, writer, and creator.


While I was there, I got to work on real world apps for clients. I remember the first time I got to deploy to production, I was just so thrilled.


JUST DID MY FIRST PRODUCTION DEPLOY... EVER! https://t.co/uMkZGxVTcq

I had spent years teaching real devs, but not really being one of them. I found I was a good developer, I simply had a lot to learn. During my time at WeaveUp I used AngularJS, CoffeeScript, SASS, Pug, with a Ruby on Rails backend. It was a team of 5 (2 BE, 2 FE, and 1 QA). I got my first experience working on legacy code. Experienced the back and forth that can happen with the business side and the oh so infamous, bug into feature paradigm. I also got to experience meeting clients in person, walking through their process, mocking up an app to help them do their job, creating the comps, and then coding out the front end of that app. I got to experience it all. It was wonderful.

When I chose to leave Code School, Brad Green had invited me to be a Google Developer Expert for Angular. I accepted and anticipated that the team at WeaveUp would make the switch from AngularJS to Angular soon. However, when they started talking about VueJS instead of Angular, I knew it was time to go. I love the Angular community too much and going to Vue would be the opposite direction I wanted to go in. Having spoken at conferences and watching the community move on to TypeScript and Angular, I wanted to *finally* join my comrades. 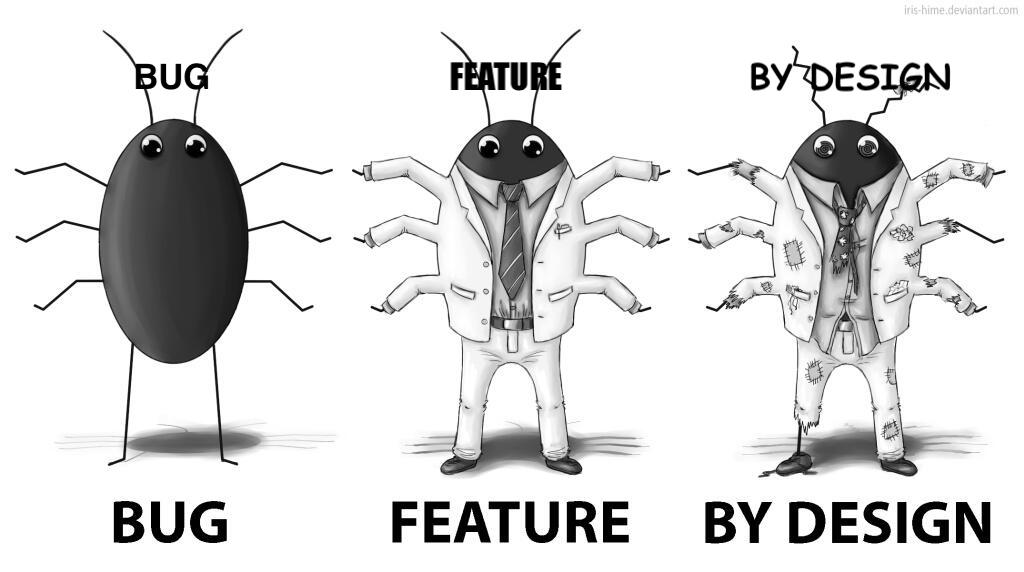 Combining my experience creating content and teaching at code school with my dev skillz and conference speaking skills, truly, it was only a matter of time before I became a dev rel. 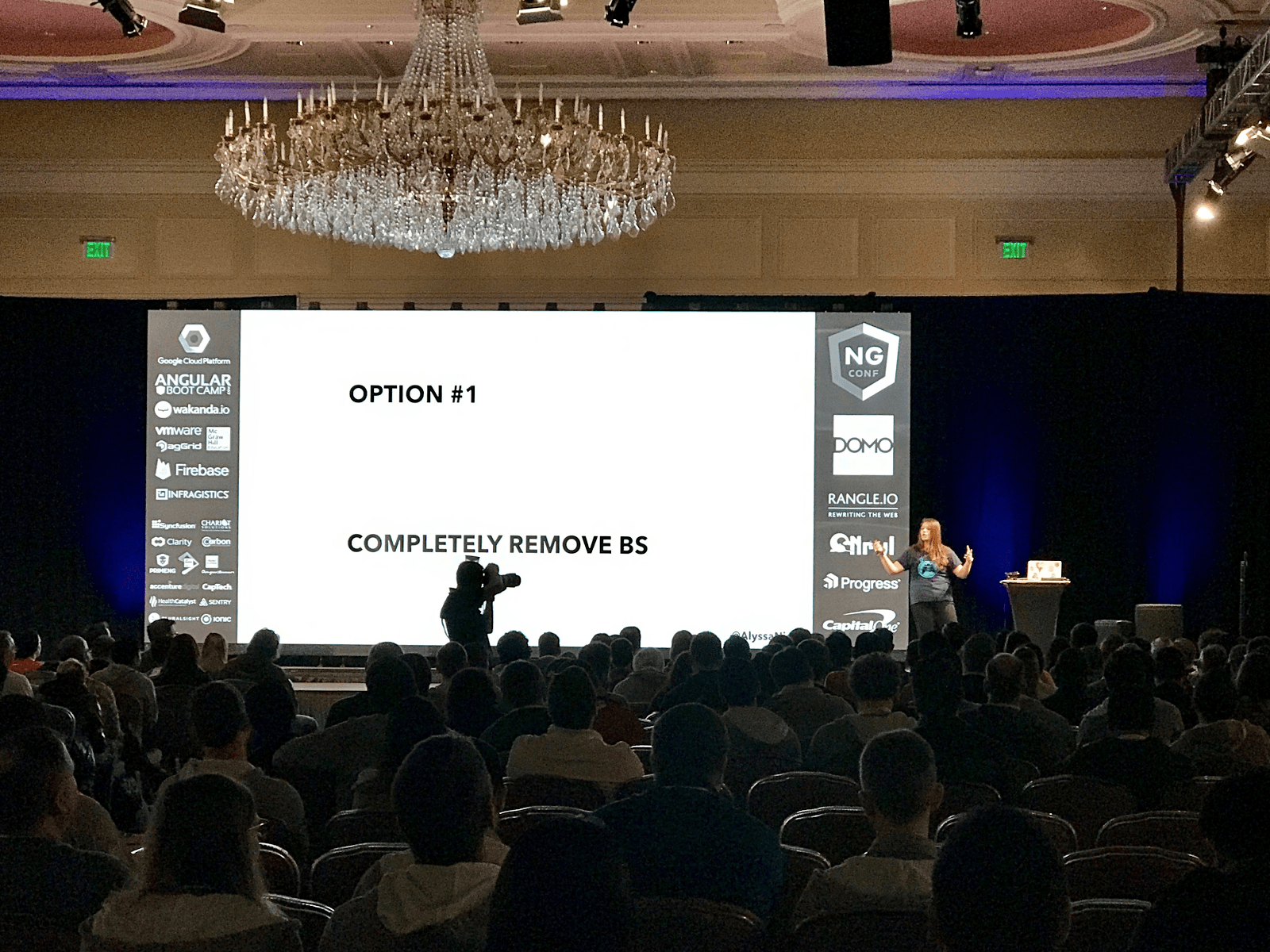 I'm known for not loving CSS libraries but rather preferring to style things from scratch. However, I have been told by people I trust that Kendo UI does not disappoint and I am so excited to learn it, teach it, talk about it, and hopefully gather info on how our team here at Progress can make it better.


As the Angular Dev Advocate for Kendo UI, I get to learn Kendo UI components and spread that knowledge with devs in the Angular community, through whatever means I think best. This includes things like webinars, blog posts, whitepapers, conferences, podcasts, and break dancing. It’s also my responsibility to stay up with the latest and greatest in Angular. I'm just so thrilled it's with a team that has such an incredible reputation and a loving attitude towards the Angular community.


Perfectly enough, the responsibilities of my job heavily overlap with those of being a GDE. Being a Google Developer Expert means I advocate for Angular wherever I go, in whatever form that takes. Once in Orlando, it meant that I go into a company and help them organize their Angular code. Another time, it meant that start a youtube series called `Getting rid of the Jr.`. You know how these creative rolls go, your imagination is what limits you in your responsibilities. So if you ever have an epic idea for me, I’m all ears.

I’m on podcasts weekly, if you are into that sort of thing. I also have a BUSY conference schedule that is still growing for 2018:


Come join me at any of these conference and let’s grab some wine afterwards! I love devs of all kinds, that’s what got me into this business.


Here are some resources that I am currently combing through to learn the Kendos and also to stay current on Angular: 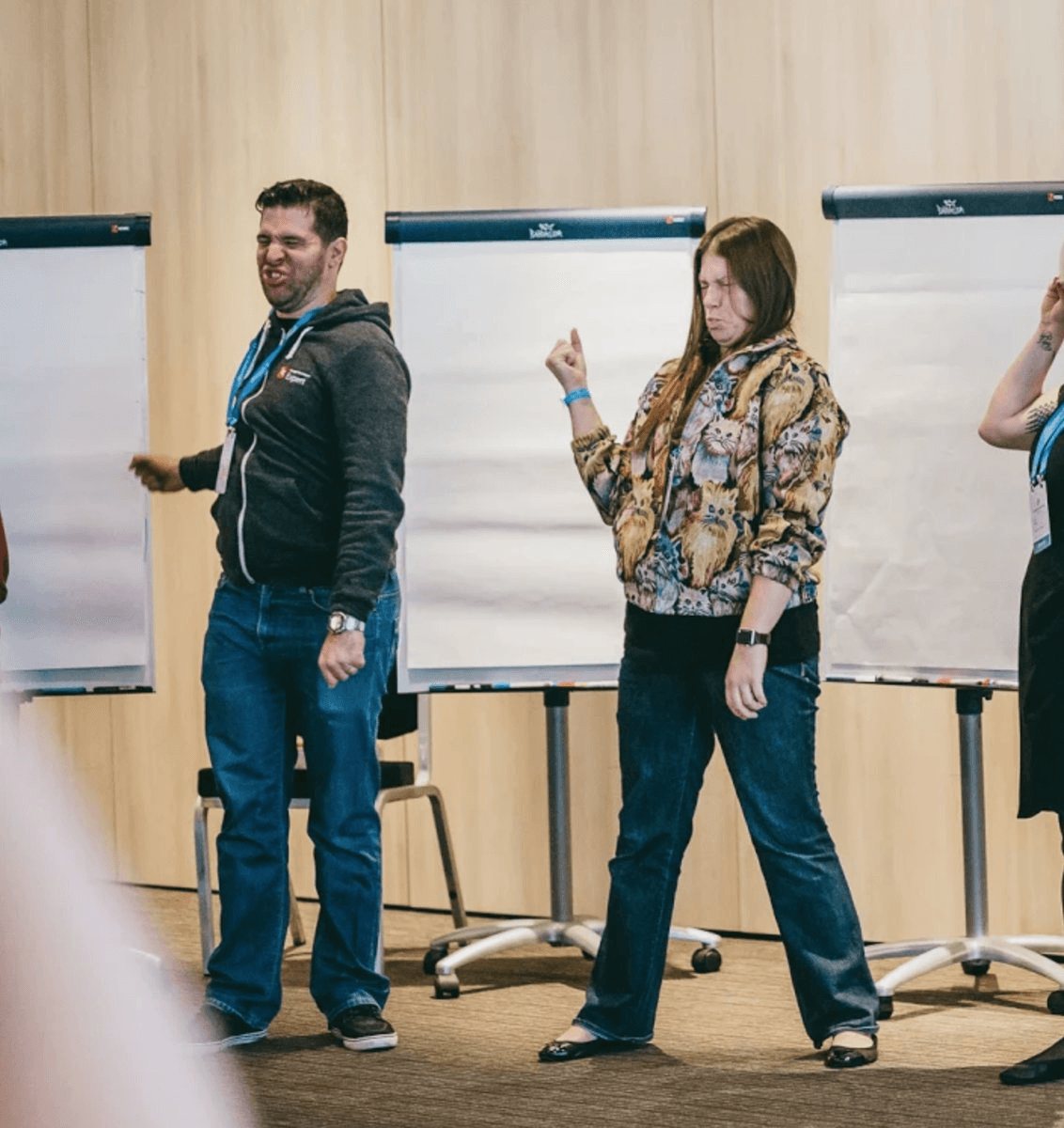 Shai Reznik & I at speaker training in Poland


I’m beyond excited for what 2018 may bring and cannot wait to dive more into Angular and Kendo UI. If you ever need to chat, my DM is always open!

Dynamically Filtering the Kendo for Angular Grid From Code

Client-Side Filtering with the Kendo UI for Angular Data Grid