Well, here we are—late December and a cliché blog post reflecting back on another year. In this post, I’ll reflect back on the  Telerik Platform, Telerik® Kendo UI®, Telerik® NativeScript™, and Modulus™, a Progress company.

The Telerik Platform saw 40 releases, culminating in our biggest release since the Platform’s inception—Telerik Platform 2.0 earlier this month. V2.0 introduced a unified app-centric interface that enables developers to save considerable time and effort in building beautiful cross-platform mobile apps. To learn more, check out our Mobile Fast Forward webinar, available on-demand. Early feedback has been amazing, and the apps we have seen being developed continue to push the boundaries of what people think cross-platform mobile app development platforms (MADP) can do. As we look towards 2016, I’d expect to see a continued shift towards giving developers more choice on how they develop software for mobile and IoT.

This fall, Kendo UI celebrated four years of empowering developers to build rich HTML5/JavaScript apps. The Kendo UI team has been beyond busy this year, with 10 releases—including the most recent release adding preliminary support for Angular 2.0. To read more about the momentum we have seen with Angular and Kendo UI, I encourage you to check out John Bristowe’s latest blog, “Kendo UI and the Road to Angular 2.0”

Back in May, NativeScript 1.0 was released at the Telerik NEXT conference. NativeScript {N} is an open source solution that enables web developers to build beautiful, native apps from a single JavaScript codebase. In a nutshell—{N} allows you to build your business logic with JavaScript, and style your UI with XML and CSS. {N} translates your single code-base into native apps for iOS and Android, and soon Windows. To learn more about {N}, check out the ‘How Does It Work’ docs over at NativeScript.org. The excitement I am seeing around {N} is unlike anything I have seen since joining Telerik back in 2010.

As you may know by now, Progress acquired Telerik last December. For traditional Telerik fans, one of the most exciting products in the Progress portfolio is Modulus, and 2015 was an amazing year for this solution. Coming into 2015, Modulus was well known in Node.JS circles as best solution for app deployment, scaling and monitoring. In 2015, Modulus has added support for PHP, Java, Meteor, Docker, and Python. As we look forward to 2016, and the forthcoming support for Docker in Windows Server, I am all but certain that we’ll have some very exciting deployment news for our .NET web developers. To learn more about deployment to the public cloud, private environments, or a hybrid approach, check out Modulus.io.

Honestly, I have only scratched the surface of 2015—for a pure-developer perspective for 2015 and looking forward to 2016, check out Burke Holland’s, “all the predictions” podcast over at the Telerik Developer Network (TDN).

We’d love to hear your thoughts on 2015 and your 2016 predictions—chime in below!

Thank you for an amazing year and your continued support. 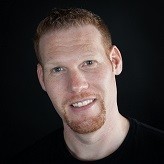 Daniel Levy is the Director of Business Development for Developer Tooling (Telerik & Kendo UI product lines) at Progress and is based in San Francisco, CA. Daniel has a passion for technology, a vision for product, and a story to tell. When he is not at the keyboard, you’ll likely find him behind a camera at sunrise. You can follow Daniel on Twitter @dlevy.