Yesterday we held a our Q2 release keynote and what a release this one was. Moden, Mobile and Lightning-Fast. The scheduler, The Bootstrapper, ASP.NET MVC Wrappers for Kendo UI Mobile, new DataViz Charts, Canvas Rendering Mode, HUGE speed improvements for mobile devices and that's really just the scratching the surface. This release is vast release for Kendo UI, and really put the team to the test with everything that was delivered this time around. So a tip of the hat to the engineers, designers and support officers who worked around the clock and put in some really long and painful hours to make this all come together.

As always, we have a few loose ends to tie up with you after the keynote. We had several demos that were put together to show off some of the new items in the release, and we want to make sure you are able to get your hands on those. Also, some of you may have missed the keynote, or simply had to drop off when you boss came by and wanted to chat about their amazing golf game this past weekend. Lastly, we have some killer prizes to give away. Those folks have been selected and it's now our priority to get these shiny new gadgets into your hands.

So here we go. This is the post Q2 release rundown.

There were some really neat demos done by Brandon and myself that we put some serious effort into. I know when you watch these release keynotes it looks fairly effortless, but behind the scenes there is the setup, practice, and rehearsal that make everything come off as smooth as you see it.

My demo involved using the scheduler to help augment my Dr's sadly inadequate phone scheduling system. My setup was an ExpressJS application running with a MongoDB backend. If you aren't familiar with those technologies and you just blacked out a bit when you read MongoDB, don't worry! I didn't know MongoDB when I built my demo and it's actually very easy to install and wonderful to work with.

Brandon showed off the new MVC Wrappers for Kendo UI Mobile. This has been a highly requested feature ever since we launched wrappers for web and dataviz. We're so happy to be able to deliver it to you because what makes you happy makes us happy! Perhaps we're co-dependent, but we'll hash that out with a therapist. In the meantime, we have plenty of resources for using the MVC Wrappers With Kendo UI Mobile

You also got to see our brand new MI6 project, the Kendo UI Bootstrapper. Judging from the comments I saw during Brandon's presentation, this one is going to be quite popular. We love it and we think you will too. Right now we're hosted on GitHub. We would LOVE for you to enter issues and let us know what features you like, and what features you need that are missing. This is a very early release of the tool, and we are patiently awaiting your feedback to push it in the right direction and over the finish line. 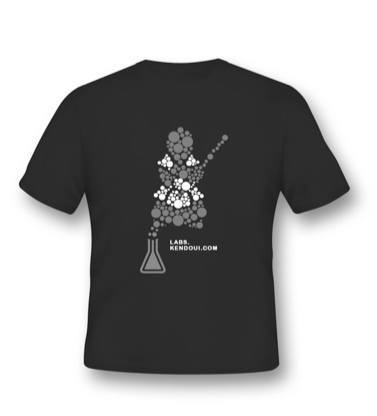 Did you see anything in the labs that you want to be involved with? Perhaps you are using AngularJS or BreezeJS everyday and you have some code that you want to show us. We want to see it! It could earn you an exclusive invite to the Labs Core Team, and a sweet t-shirt to boot. Head over to labs.kendoui.com and pick your favorite project.

Let's get down to the real issue here today - who are the lucky winners of all this great SWAG that's just sitting here in it's shrink wrapped box? Unfortunately, I was not eligible to win despite my registering 100 fake email addresses and signing up for the keynote multiple times. So to you lucky girls and guys, your goodies are on their way. For the rest of you, here is the rundown of what we gave away this time around...

And to the winners go the spoils..

Congratulations to all our winners. You should be receiving an email shortly with the details of your delivery.

Did you miss the keynote? I'm sure you wanted to be there but you probably have a good excuse if you missed it. Maybe you tripped over your dog and were knocked unconcious. Or maybe you were arrested as a result of mistaken identity. We understand that these things happen. That's why we record the keynote as it happens so that you can watch it later at your leisure.

Make sure you grab the latest bits. And remember, you can always just pick up the trial of your choice and kick the tires. We know you are just going to love this newest release and we can't wait to see what you build.

Where Do Dev Warriors Hang Out?

What’s the Best Way to Build Your Web Application? [Infographic]