The 2018 ngATL Conference in Atlanta, GA was a huge hit. I was there with colleagues Tara Manicsic and Sebastian Witalec, and in this post, I'll share some highlights and dig into the sessions delivered by the Progress Developer Relations team.

Just done with the @NgAtlanta keynote. Here's my slides with links to everything I mentioned.

My good friends Bonnie & Sam did a killer tag team talk for Reactive forms. Not only was it super educational, but it was also very entertaining. I was recording them: 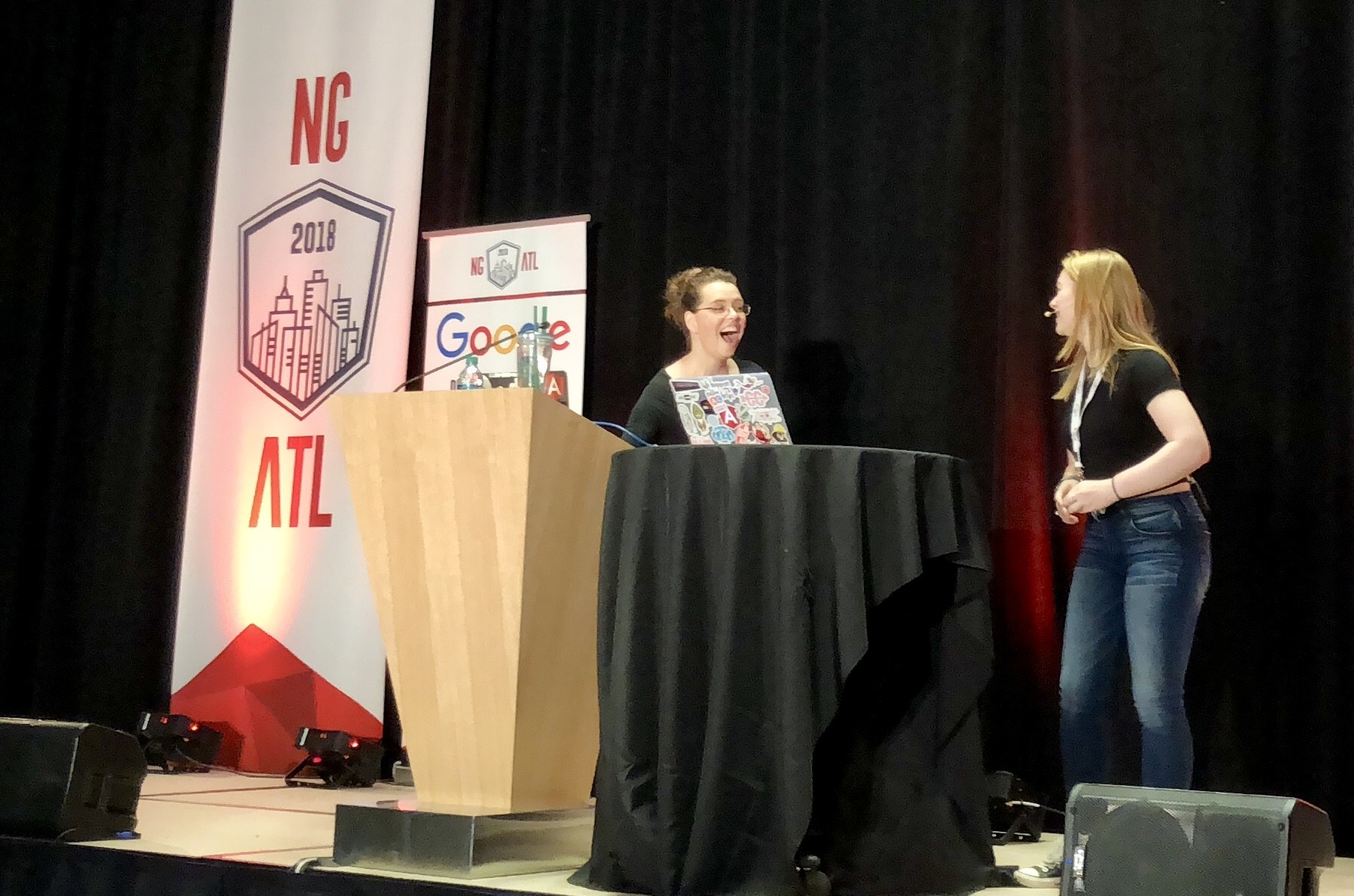 They had difficulties not laughing in the camera's mic because of how unique and quirky this mother daughter team is. 5/5 stars, would recommend. 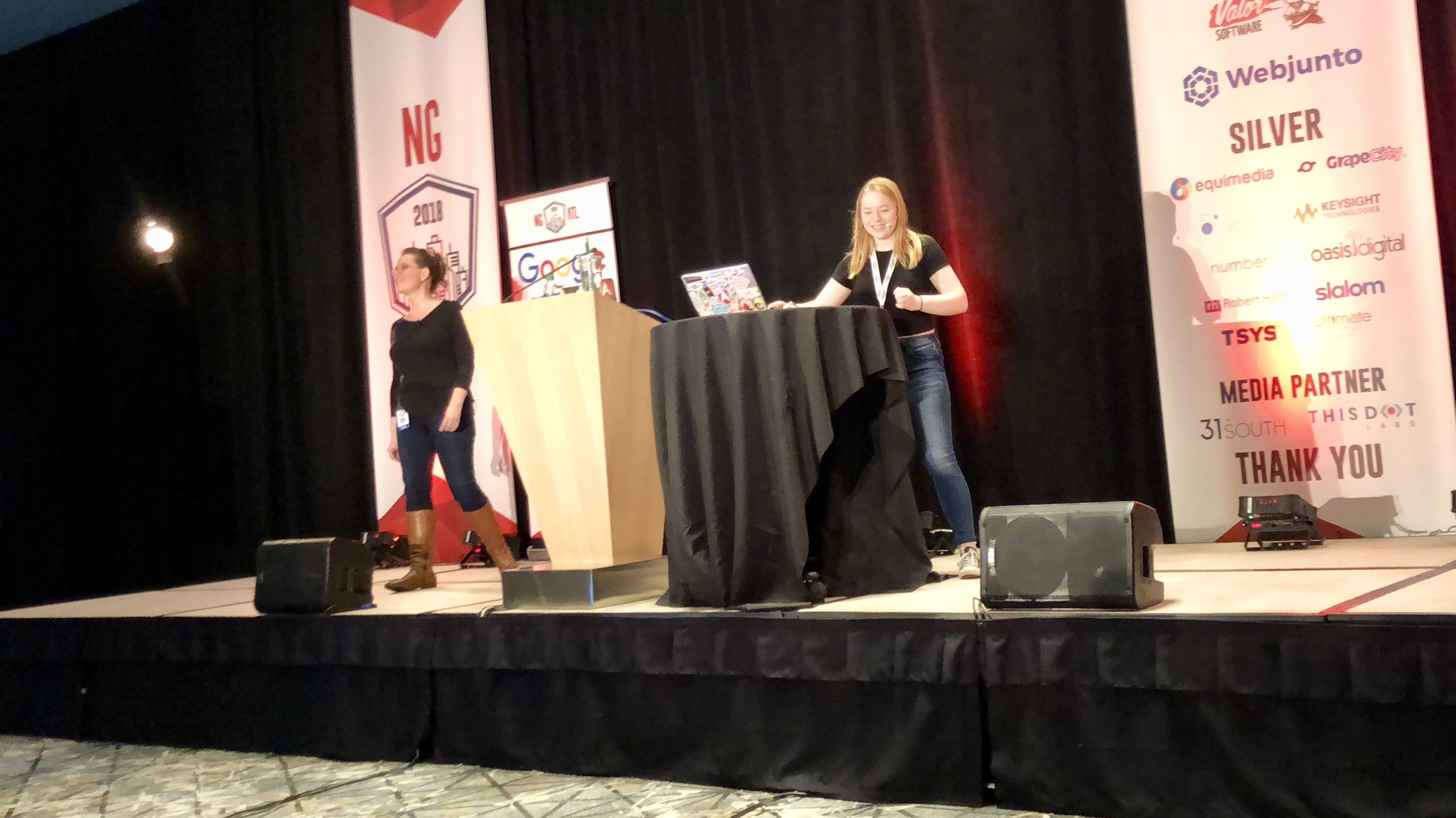 Mike’s CLI talk was very educational. Mike and I met a few years back at ng-conf and have been fast friends ever since. Mike is very down to earth and a really intelligent guy, who shows this in the work his does on the Angular CLI as well as when he performs on stage.

One of THE MOST exciting parts of his talk was about ng update. A feature in Beta that will update all your dependencies, about time, AMIRITE?

I actually called him up last week, asking if I really did need to keep going through my package.json file and updating all of the dependencies one by one. He told me that for now I did, but that he was at that moment working on ng update which would take care of this for me. I may have squealed with excitement, startling the poor guy bagging my groceries.

But it doesn't stop there. ng update will also go through your app, find any breaking changes, and fix them for you! I told Mike he was going WAY above and beyond with this one. But per ush, he shrugged humbly and kept on working.

My newly-acquired colleague (or should I say she newly-acquired me) did a stellar job on stage talking about PWAs. Tara has this relaxed casual coolness wrapped about her, that even while on stage, is an inviting presence that beckons saying "come be my friend".

She covered the basics about PWAs and summed up some points about Progressive Web Apps that even I hadn't thought about. She also did multiple "rap challenges" during different parts of her talk that kept the afternoon audience engaged and laughing.

Tara is a unique talent and a kind heart. If you ever get the chance to meet her at a conference, it will be worth your while to do so.

Other than going over my allotted time by 10 MINUTES (I swear I timed myself before and was under by 2! lol) my talk went off without a hitch. I talked about "Service Workers & Cows — a love story" and the audience seemed to really enjoy it. This was the first time I gave this talk and was inspired to give it, having recently mooved..

..to the middle of nowhere. Just me, a bunch of cows, and horrible horrible 6 Mb network. 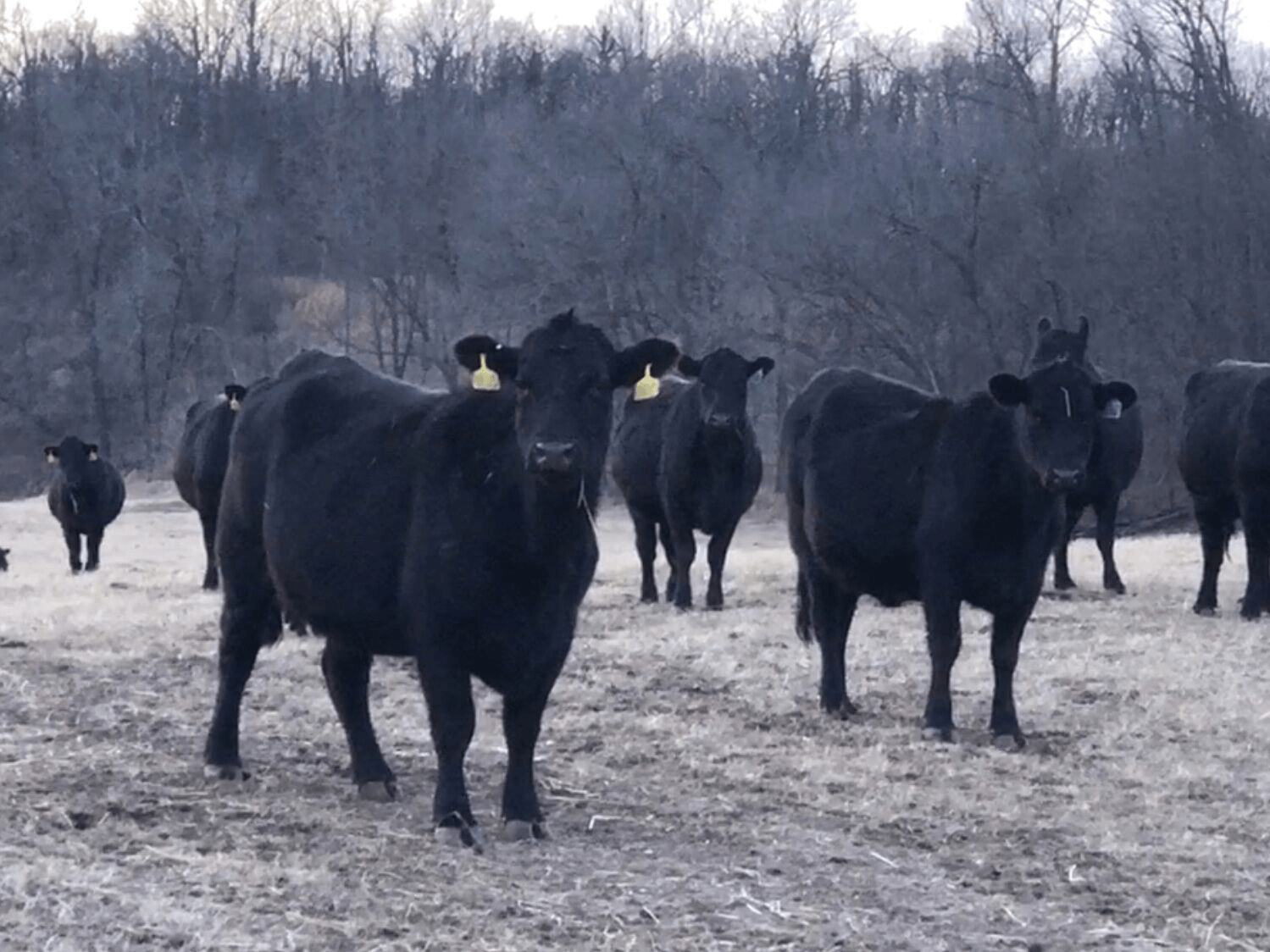 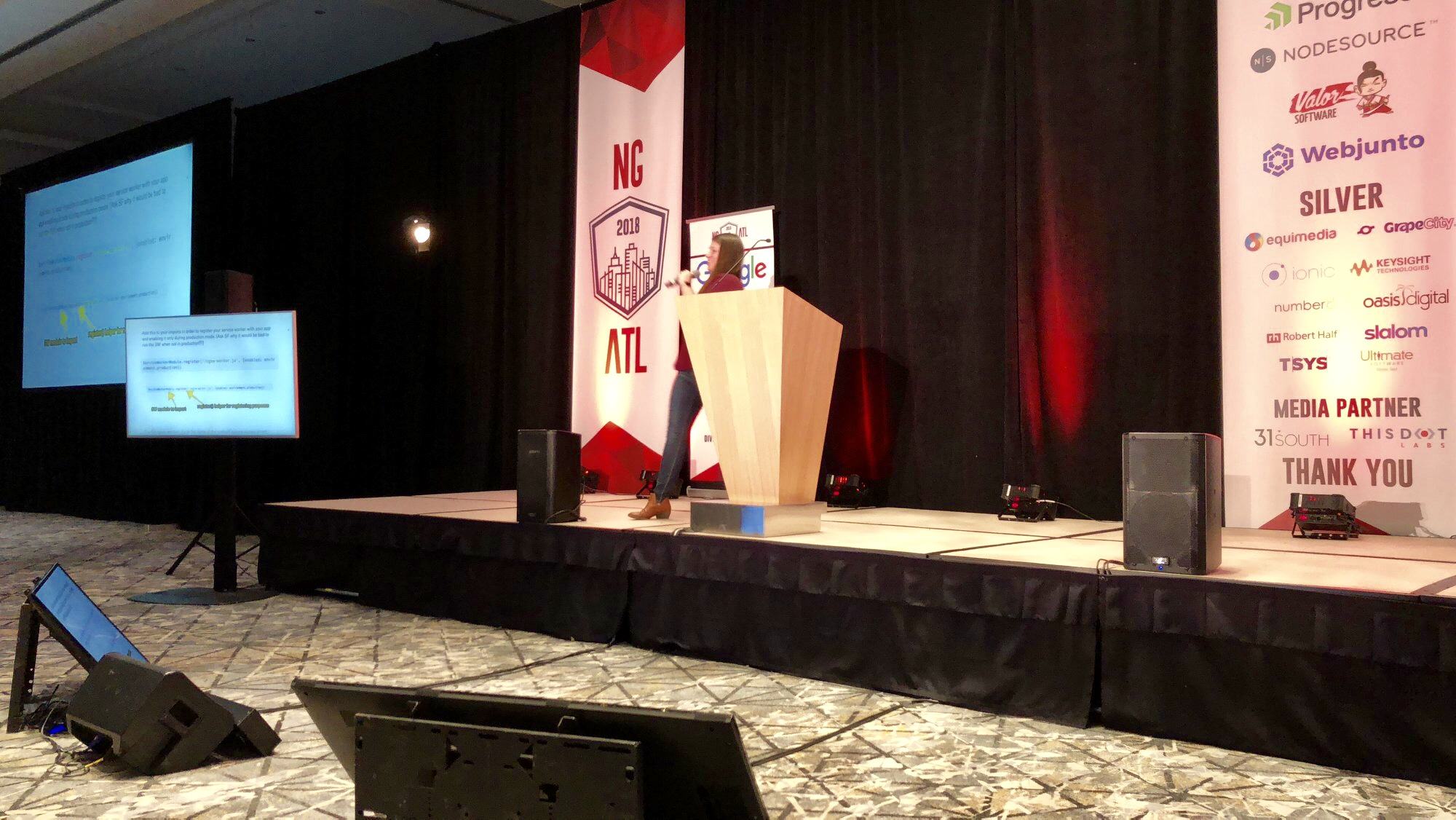 Living away from the big city made me realize that it isn't just the people in less developed countries that struggle with slow network speeds, rather people in the middle of the US can have worse than dial up too: 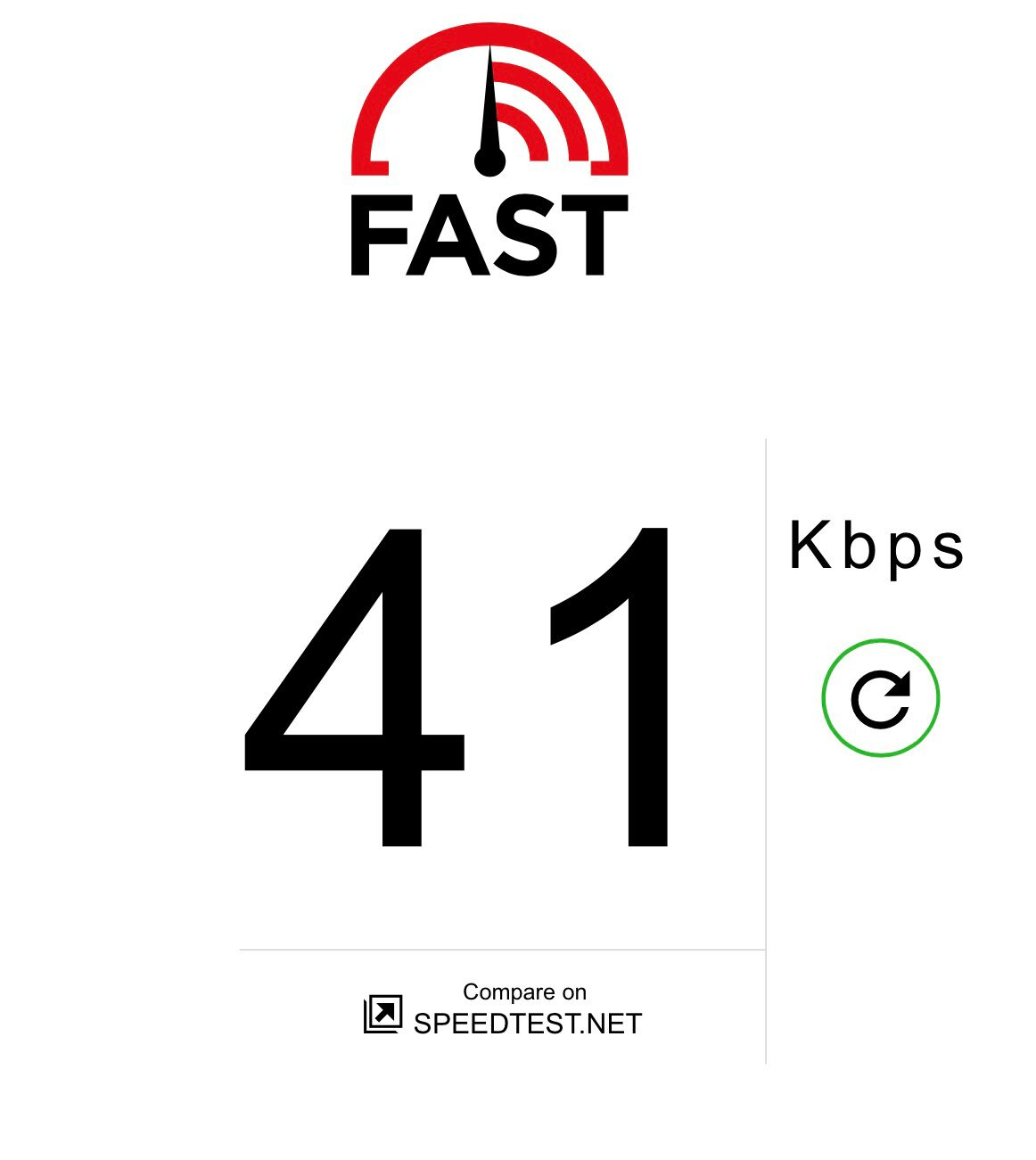 My talk walked through the finer points of actually integrating Service Workers into your Angular app, and the bumps I ran into along the way. All in all it really was not that difficult to implement the Angular Service Worker and for people like me it will make all the difference when people try to use your app.

If you missed my talk and want to see it in the near future, I'll be giving it twice more this year at ng-conf (Salt Lake) and International JS Expo (London). ng-ATL should also be posting recordings of the talks and my show notes are here, if you'd like to check those out. 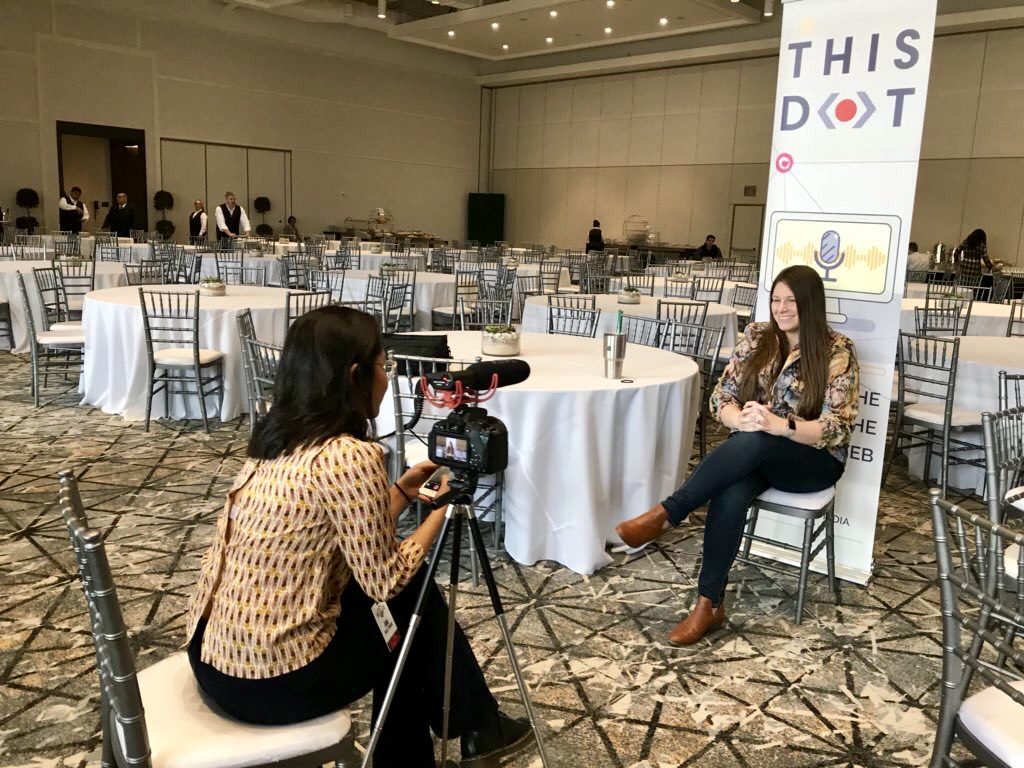 I was asked a lot of questions, one of which was "what was my favorite thing about ng-ATL so far." To which I promptly responded, "the unique community it reaches." Every conference has its own vibe, and the community and speakers this conference brought together was a unique one that I had yet to experience.

I was also asked, that if I had to describe it in one hashtag, what would that be? My one hashtag for ng-ATL would be #ngChill. All in all, the atmosphere, the speakers, and the attendees were very chill and down to earth. Everyone seemed to have a good time. I got to catch up with old friends:

... while making new ones in the process.

It was a neat experience and I’m really glad I got to take part in ng-ATL 2018. See you next time!

And for those who don't know me, I said hello to the Progress world in a recent post - or check out the video below for a quick intro.

Top 5 Most Searched Angular Examples of 2021