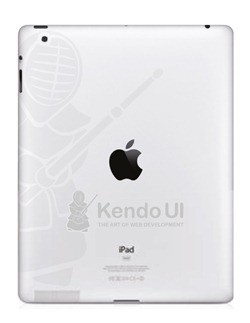 There is nothing more exciting than working on developing a new product for months and months, publishing a hugely popular beta, and then finally reaching the big "v1" official release. Kendo UI's road from idea to release has been more than a year in the making, but we're very excited about the next milestone. The time has come for Kendo UI to graduate from beta and join the world of professional HTML5 and JavaScript software development tools!

Kendo UI will officially ship this month. In fact, it will ship one week from Wednesday, on November 30th.

If you're one of the thousands of developers that downloaded the Kendo UI beta and helped provide feedback and new ideas, thank you! Your participation in the beta has helped shape everything from the initial v1 feature set, to the official licensing and pricing, to priorities for the road map beyond v1. It's passionate early adopters like you that have helped make Kendo UI amazing.

And the process doesn't stop with next week's launch.

We are constantly listening to you, our customers, to help make Kendo UI better. Keep sharing your ideas on the official Kendo UI UserVoice, and get ready to share feedback on the new Kendo UI Mobile preview.

New Features in the Official Release

Not only will next week's release mark the official debut of everything you've been playing with during the beta, but a number of new things will be added to Kendo UI Web, including:

So whether you're a Kendo UI beta veteran, or just checking-out Kendo UI for the first time, there's going to be plenty of fun in this end-of-year release.

How do you get started with all this release news next week? Glad you asked…

The best way to quickly get up to speed with everything related to the official release of Kendo UI is to join the official launch webinar. In the live online event, we'll cover everything you need to get started with the Kendo UI release.

The event will be begin at 11:00 AM EST on Thursday, December 1st. Register for the launch event now!

To celebrate the release, we'll raffle two custom Kendo UI-etched iPads (pictured above) to two lucky attendees of the live webinar! Not only is it a cool, two-of-kind prize just in time for Christmas, but it's a great way to try Kendo UI Web's full support for touchscreen devices (and test the Kendo UI Mobile preview).

Needless to say, the entire Kendo UI team is very excited, and very focused. We're working hard to put the final digital spit shine on the first release and we can't wait to deliver it to you. Register for the Kendo UI Launch Webinar now and join us next week for the big event!