Bootstrap 4 is great, and it's even greater when used in conjunction with Telerik UI for ASP.NET MVC.

In this .NET DevChat, we covered the basics of Bootstrap, its NavBar component, the Grid layout system as well as the new and shiny Bootstrap 4 Cards!

We dived right in and added all of these to an ASP.NET MVC application that uses Razor-based Layouts and Views.

We also covered how Telerik's UI for ASP.NET MVC comes with an out-of-the-box Bootstrap 4-inspired theme so that all the widgets will look as any other Bootstrap styled UI element. In particular, we worked with the Telerik MVC Button, Grid, and Chart.

As promised, here's the source code for the sample application that we developed during the live webinar.

As usual, we were thrilled to have received great feedback from you in the form of interesting questions!

What is the current status on Bootstrap 4?

As of the writing of this post, Bootstrap 4 is on its first Beta release. It had been in alpha for a few months now but back in August Bootstrap 4 beta came out.

Can I modify the Kendo UI themes to match my company's branding?

Yes, you can. You can use our Sass ThemeBuilder tool to generate a new theme. You can use the Bootstrap 4 theme as a base and modify from it.

If you are comfortable with Sass you can also modify scss variables to compile a new Kendo theme to use within your MVC application.

What is this Deferred functionality that was used in the demo?

This is a personal preference, and it's not a requirement.

The reason to use the Kendo MVC Deferred initialization functionality is so that the JavaScript code to initialize the widgets can all go in the same place. Normally, you would put this at the bottom of the page.

Will this work with Telerik UI for ASP.NET Core?

Yes! Since Bootstrap 4 is just CSS, it can be used no matter the server side technology.

In the case of Telerik UI for ASP.NET Core (which supports ASP.NET Core 1 and 2), Razor is also used to generate the MVC widgets, and the actual markup rendered on to the final html page will be the same.

Hence, with the same Razor code all the UI concepts (including Deferred initialization) covered in this webinar will apply on an ASP.NET Core application.

Is this type of UI also possible with Angular 4?

Certainly! We also have a webinar where we cover how to write Responsive Angular 4 Dashboards with Kendo UI for Angular. 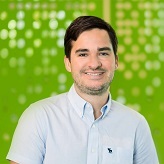