It’s been a while since the Q3 2009 release. Lots of controls have been added in our toolbox for WPF. One of them is considered as a final official release of RadDocking control for WPF. We have made a lot of improvements since the last release of the controls. For example each of the six themes included in the bundle now has different type of appearance when applied to a control. RadDocking is a fully customizable and skinnable control that enhances the power of a layout system. It is providing you with a docking system like the one in Microsoft Visual Studio. You are getting the dockable ToolWindows, a hidden DockingManager control, and a designer to easily create attractive layouts. It is good to mention that the WPF RadDocking code is absolutely compatible with its Silverlight counterpart. 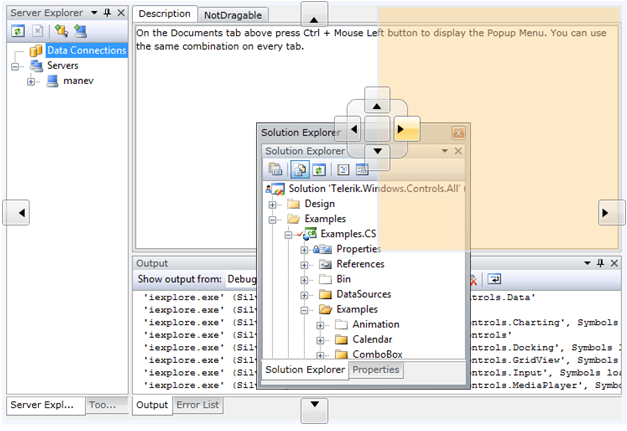