Sands of MAUI is a humble attempt to collect all the .NET MAUI awesomeness in one place. Here’s what is noteworthy for the week of June 21, 2021:

Big news this past week—while the NuGet package updates started trickling in early, .NET MAUI Preview 5 is now officially out. The continued progress with .NET MAUI in the latest release included animations, view transformations, porting of several UI components and improvements to the single project templates.

David Ortinau wrote up the detailed post with all that’s new—view animations using extension methods and MAUI Handlers for UI controls like ActivityIndicator, CheckBox, Image and Stepper. Developer experiences depend so much on documentation, and preview .NET MAUI documentation is now out covering introductory aspects. 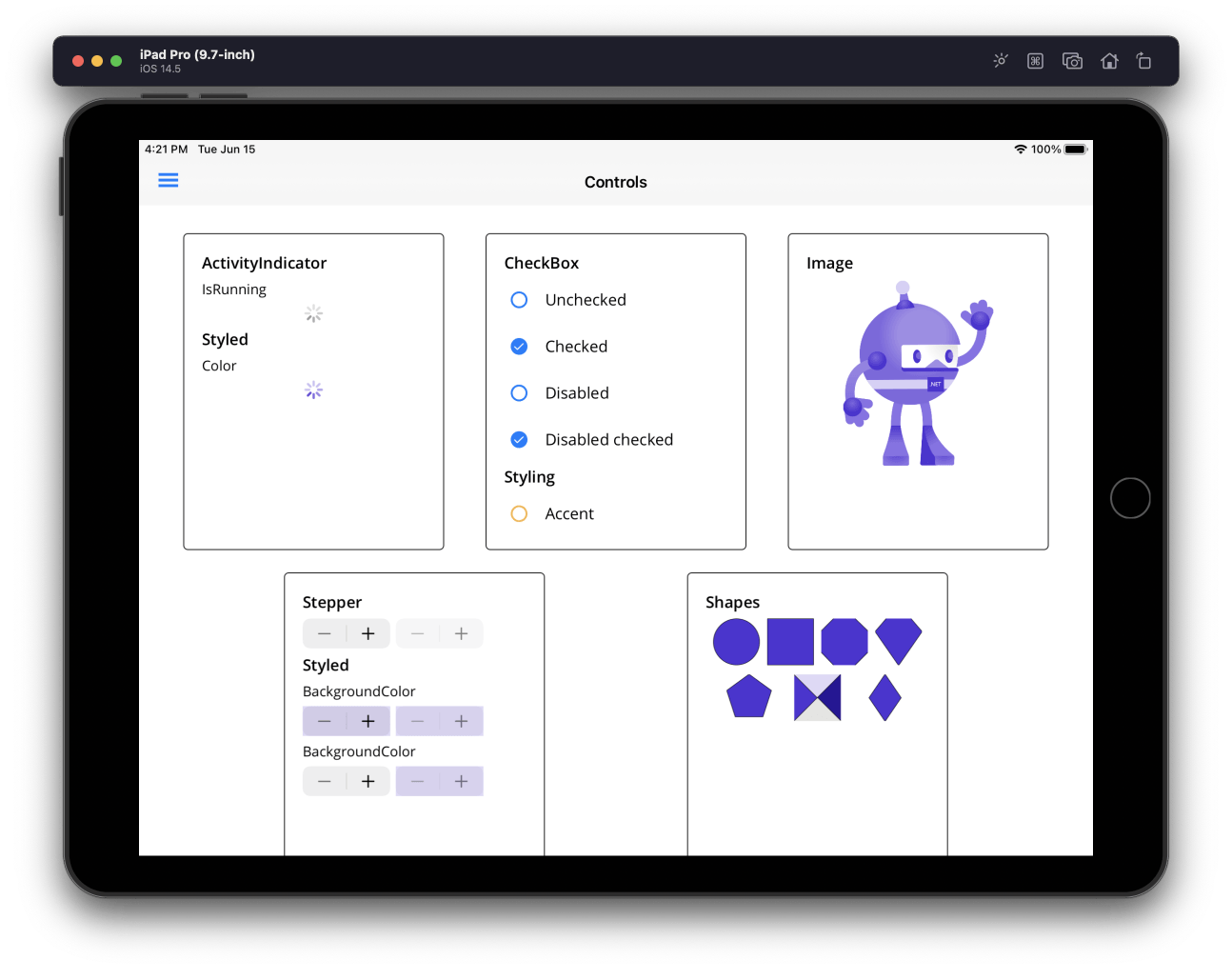 Much of the cool things we see in .NET MAUI, ASP.NET or Blazor are powered by .NET 6 as runtime and the .NET 6 Preview 5 bits are out. The .NET unification vision continues to move forward and the .NET SDK workloads saw new features through added verbs, as well as NuGet package validations. Rich Lander wrote up a detailed post explaining all the cool new things in .NET 6 Preview 5, often going under the covers for hardcore developers. 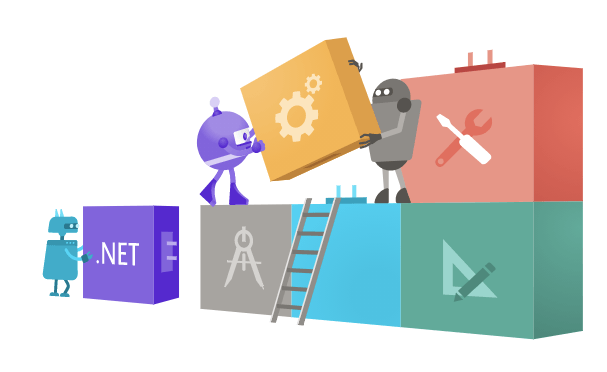 If you are bullish about .NET MAUI Preview 5 updates, there is more excitement for developers. Preview 4 saw the announcement of Telerik UI for MAUI Preview—a set of polished UI components for .NET MAUI development. With Preview 5, there is a new wave of MAUI controls in Telerik UI for MAUI—Checkbox and SegmentedControl join the family, as well as full support for reaching the Windows desktop through WinUI.

YouTube rockstar Gerald Versluis had done a detailed video on .NET MAUI Preview 4 upon release and it is very relevant even after latest release. Gerald took the time to really break down the sample Weather ’21 .NET MAUI app and walk through the various aspects of code, like MAUI Compatibility and Desktop integrations. This is a wonderful walkthrough to get any .NET developer excited about .NET MAUI. 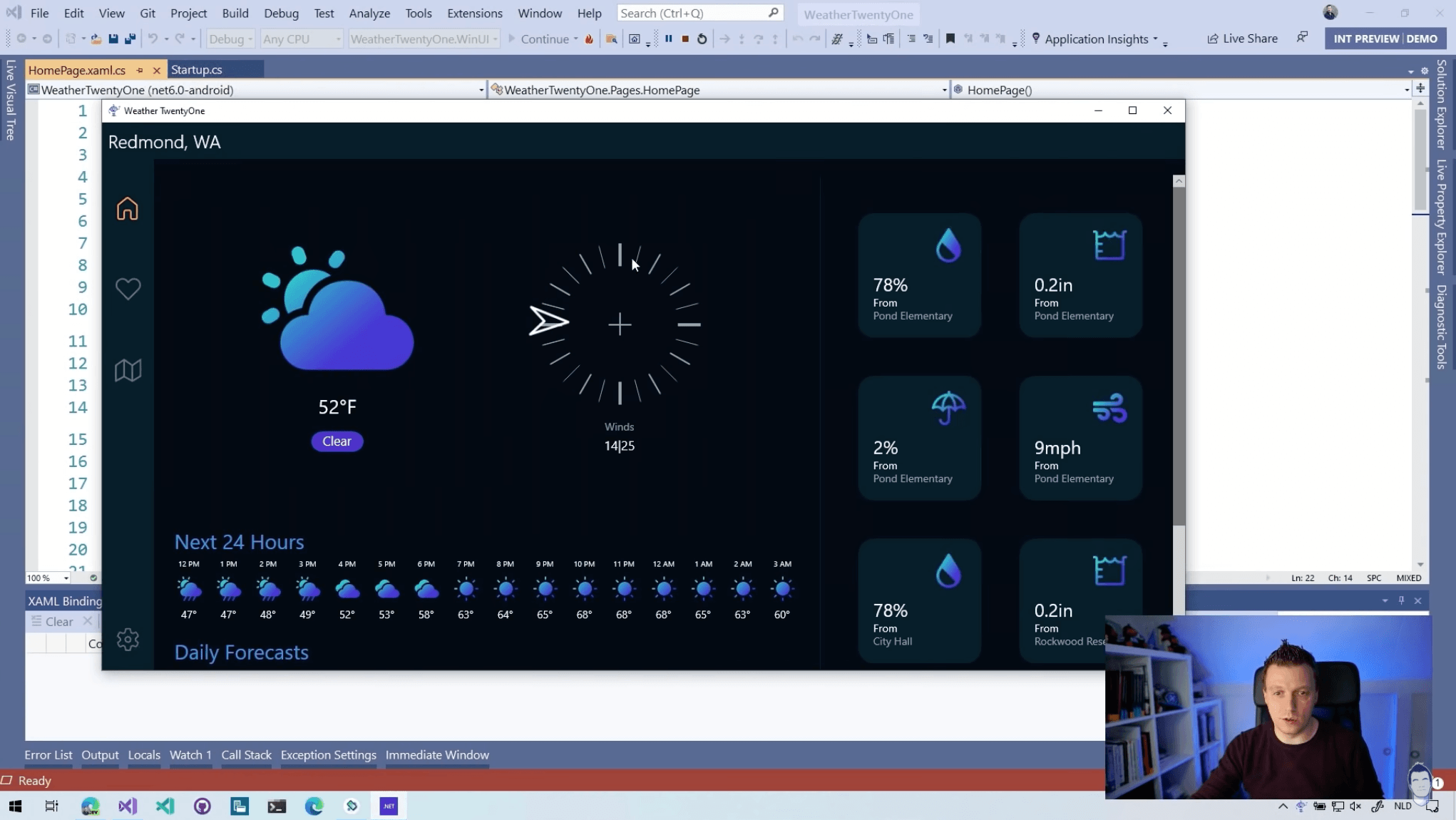 VS for Mac is going through some big changes and does not have support for .NET MAUI development yet. MAUI CLI tools, however, are more than enough to get developers tinkering on MacOS. Passionate Xamarin/MAUI developer Daniel Hindrikes wrote up a guide on how to develop for .NET MAUI on a Mac at present time, including pointers on how to fire up specific iOS simulators. 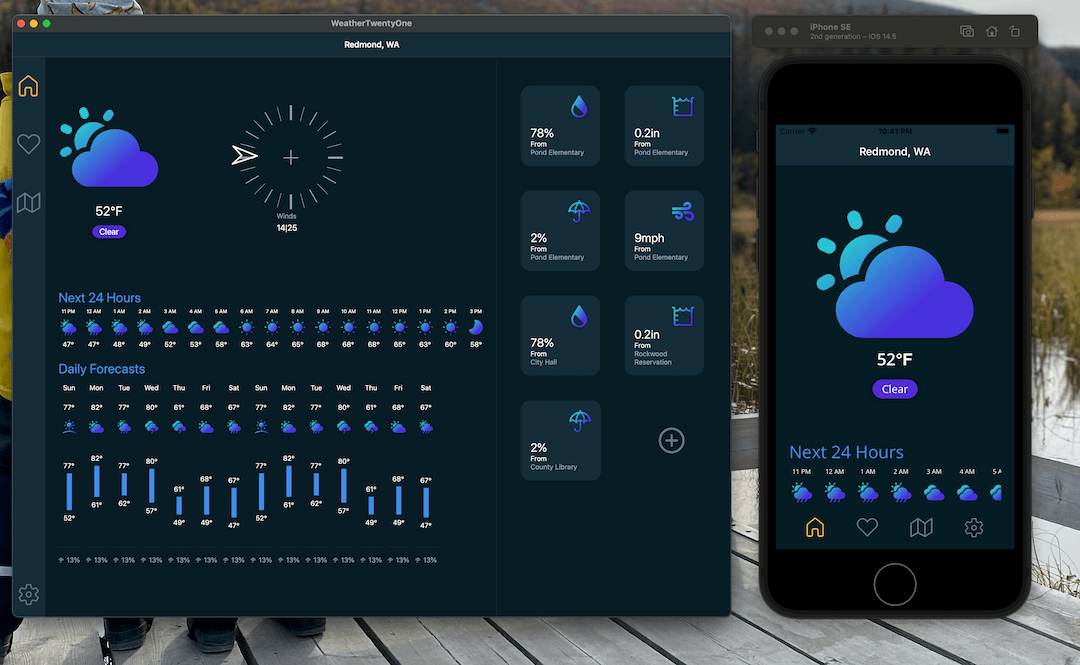