Sands of MAUI is a humble attempt to collect all the .NET MAUI awesomeness in one place. Here’s what is noteworthy for the week of June 1, 2021:

Last week saw Microsoft Build 2021 happen and there was big news for .NET MAUI developers—Preview 4 is now out and David Ortinau was on point to lay out the details. Inching toward general availability by .NET Conf in November, Preview 4 brings more controls and tooling updates to build functional apps with .NET MAUI.

To showcase the progress, the MAUI team designed and developed a simple yet beautiful weather app—Weather ’21. This was actually started with existing Xamarin.Forms UI and tooling, and then migrated over to use .NET MAUI bits. The Weather app runs everywhere—iOS, Android, Windows through WinUI and MacOS, and demonstrates deep platform integrations from a single codebase. .NET MAUI Preview 4 includes updates to BlazorWebView, .NET Hot Reload, static cross-platform Splash Screens, ability to bring in Raw Assets while retaining platform-native performance and a more efficient way to run Single Project apps. 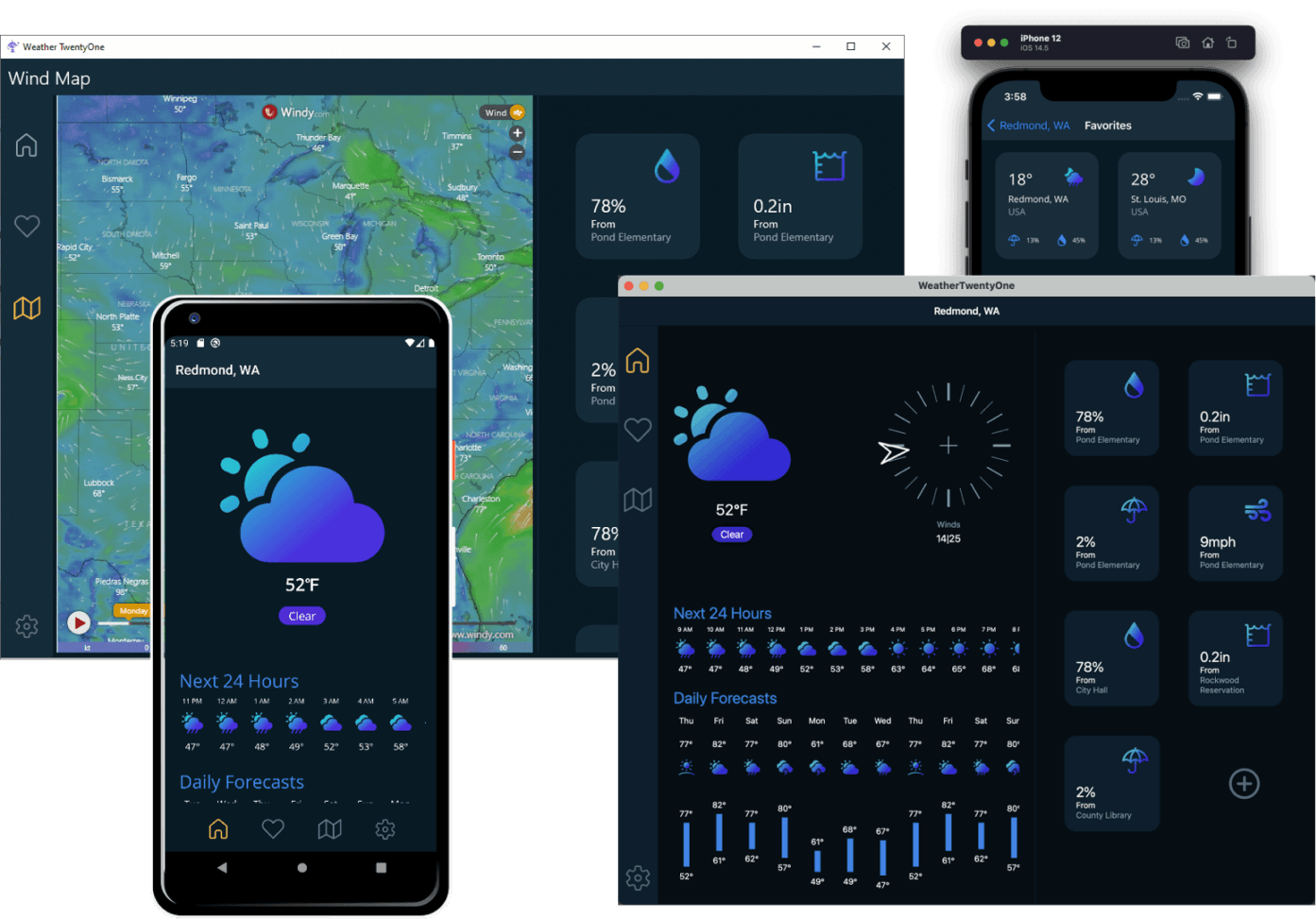 A struggling developer utilized the .NET Dev Show to tinker with the hot .NET MAUI Preview 4 bits. While everything is in Preview, it was reassuring to see tooling and build/deploy to simulators work as intended.

What also got a little spotlight was a Demo App that shipped with the Early Preview of Telerik UI for MAUI. Here’s to more developer productivity! 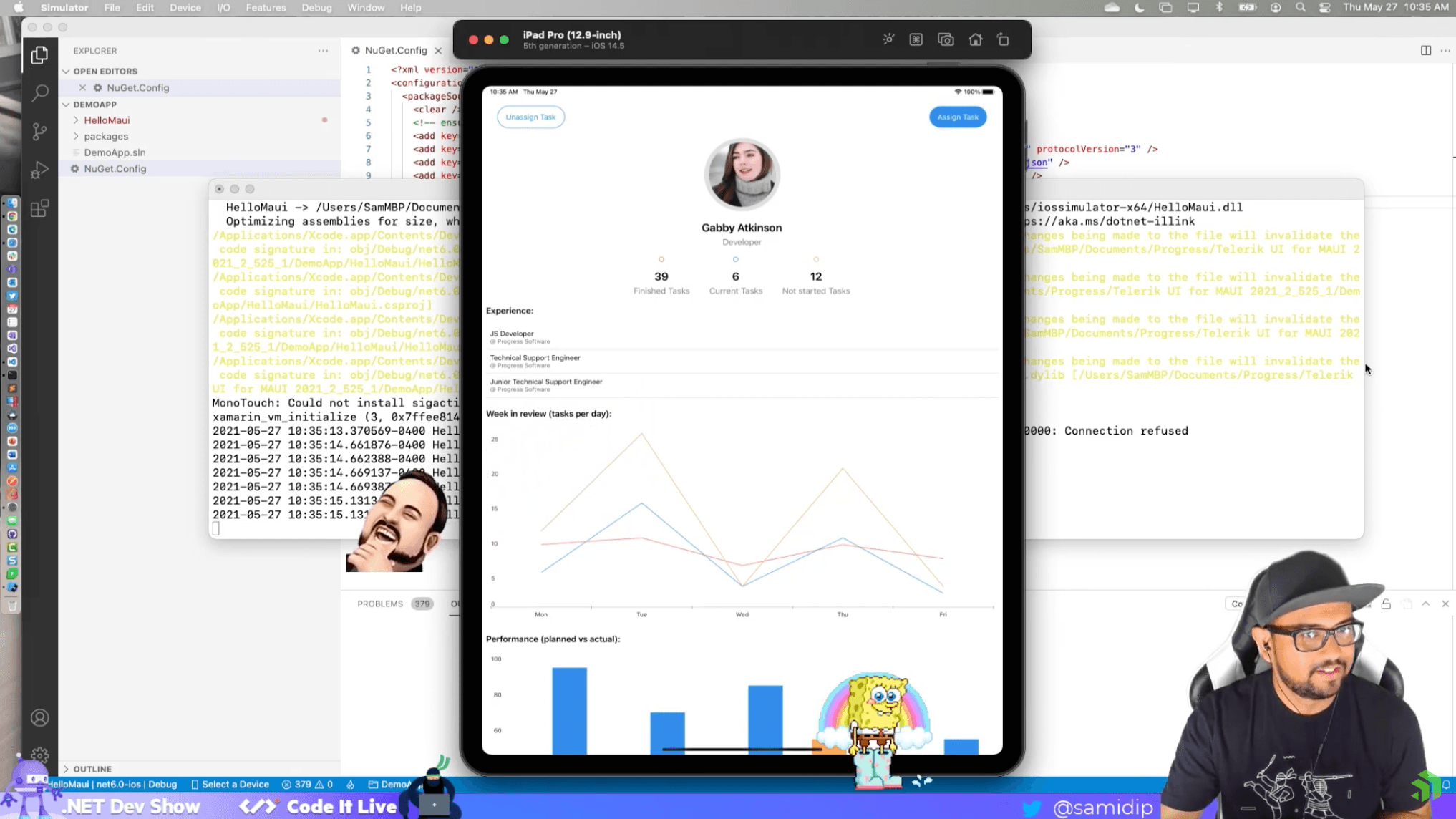 Future of App Dev With .NET

.NET 6 is the next version of .NET, a modern open-source development platform for building apps for any OS with the best performance and productivity. So what does the overall future of application development look like with the .NET stack? Who better to cover all things .NET at Build than The Scott Hunter—this is a must-watch for every .NET developer. 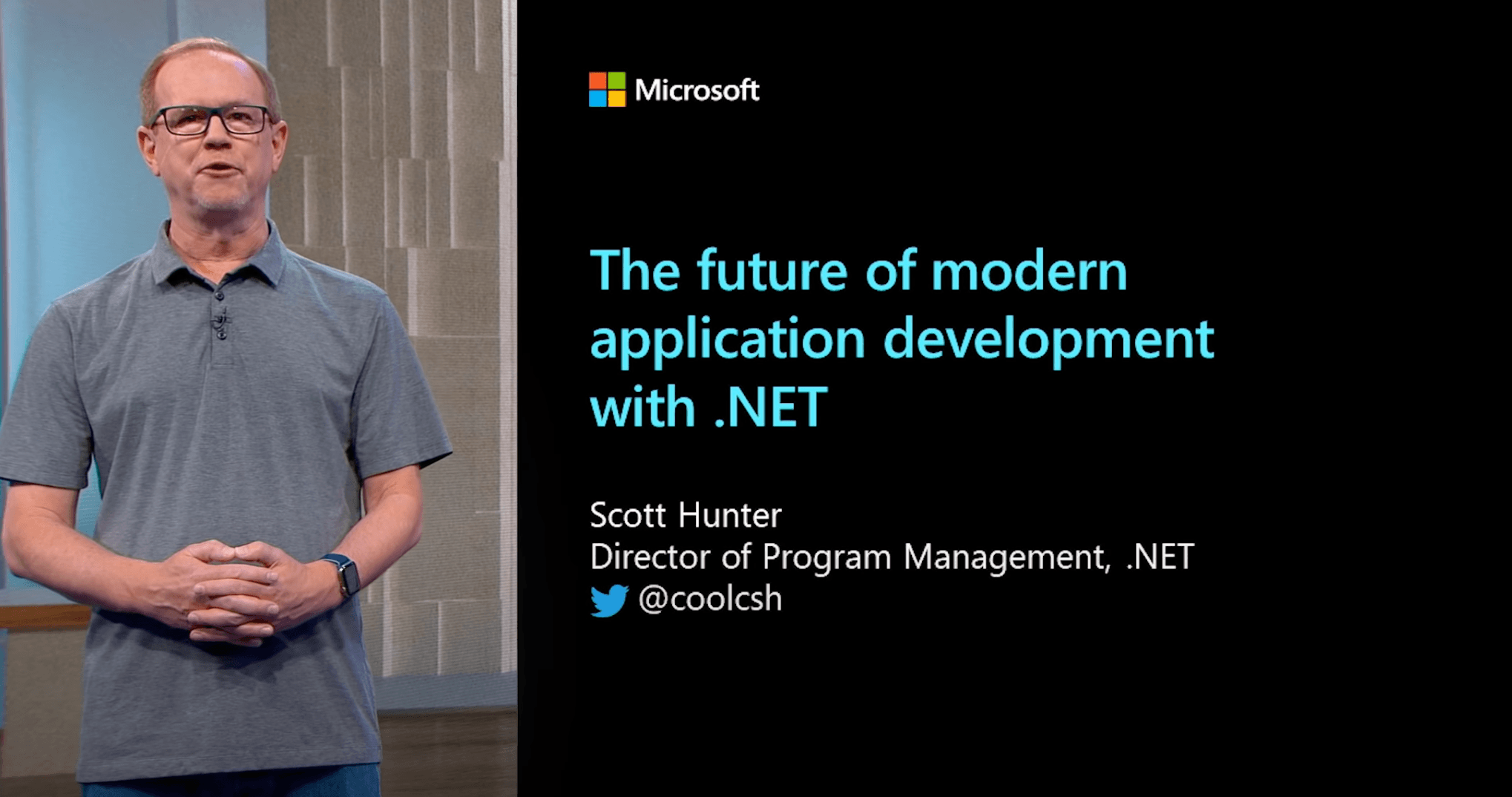 Lance McCarthy was the guest on the latest CodeItLive ChatShow episode. Because it was Build week and Lance is such a geek, instead of the regular interview it ended up being a Build recap. Ed Charbeneau stopped lurking in the chatroom and hopped on live mid-stream, as one does. Between three developers, most announcements relevant to .NET folks were dissected—plenty of excitement around the horizon for web/mobile/desktop app development, as well as for IOT and AR. 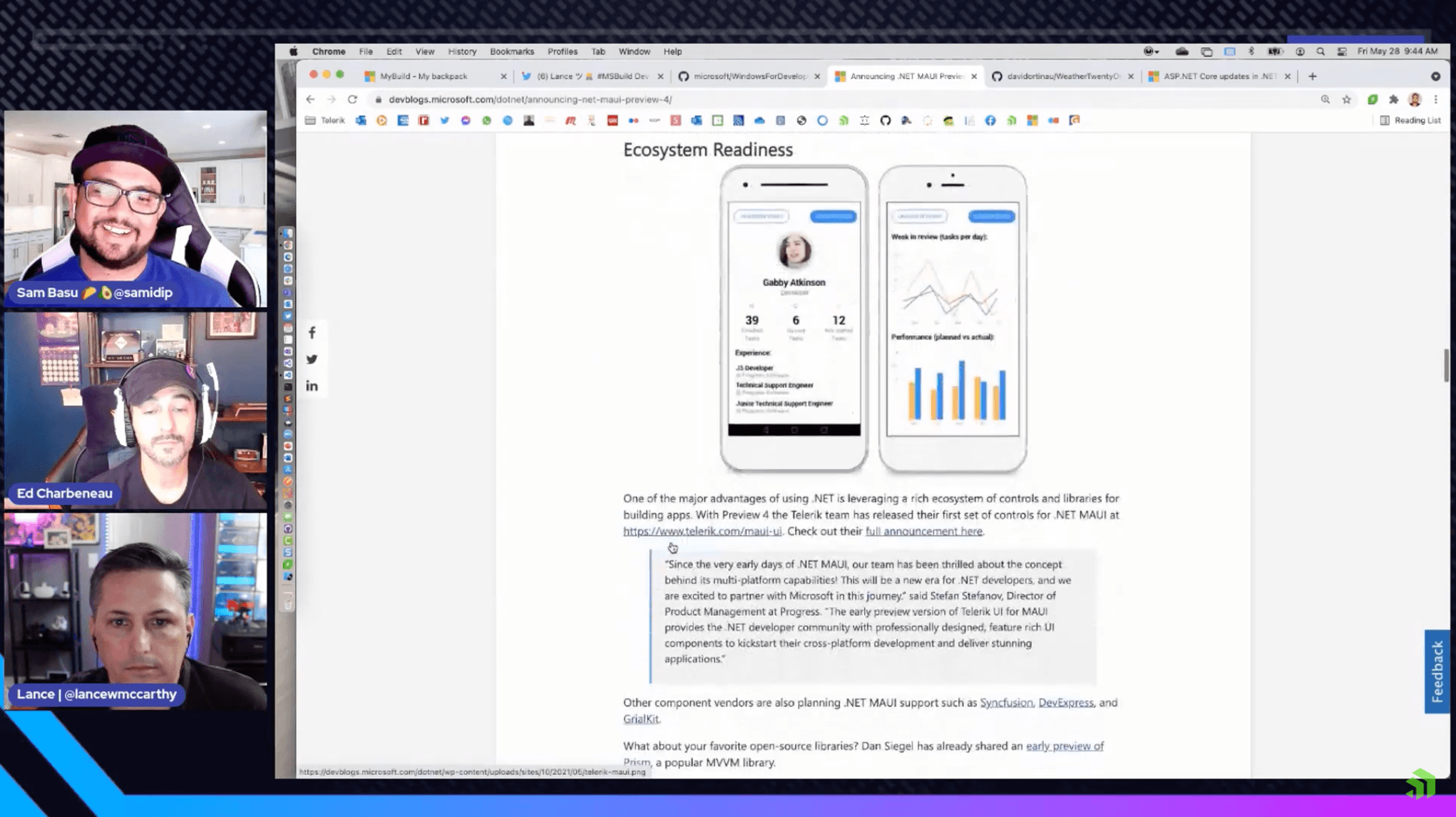 .NET 6 Preview 4 is out and includes many great new improvements to ASP.NET Core development. Daniel Roth wrote up a great post with all the details, including new SPA templates, .NET Hot Reload updates, C# 10 improvements, Blazor WebAssembly Ahead-Of-Time (AOT) compilation and lots of tooling updates. Most relevant to .NET MAUI developers are the new Blazor MAUI App Templates, as well as minimal APIs for hosting/routing for small microservices or HTTP APIs as backend services. 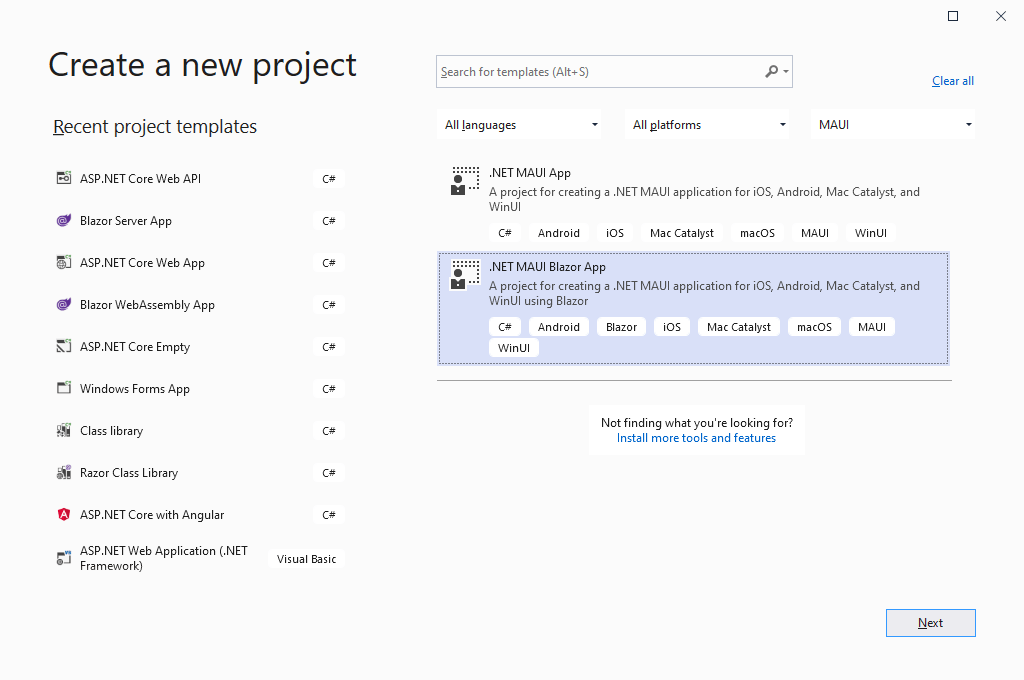