Sands of MAUI is a humble attempt to collect all the .NET MAUI awesomeness in one place. Here’s what is noteworthy for the week of May 3, 2021:

Your Next UI Framework on InfoQ

Matt Lacey wrote up an article on InfoQ on how developers can choose their next cross-platform UI framework—a detailed comparison between Uno Platform and Xamarin.Forms aka soon to be .NET MAUI. While the two are similar XAML technologies with with identical tooling, Xamarin.Forms is more focused on Mobile, backed by Microsoft and has a much larger ecosystem.

Matt does point out that Uno Platform has WebAssembly support to reach the web, but makes a great point about Microsoft’s strategy around Blazor. With Blazor Mobile Bindings powering Blazor Hybrid apps for mobile/desktop through .NET MAUI, Microsoft would like developers to start looking at Blazor if they want apps that runs natively on devices and the web.

James Montemagno posted yet another helpful video for Xamarin.Forms or .NET MAUI developers. Creating adaptive app icons of various sizes for iOS and Android is always tedious—James walks us through how easy this can be with EasyAppIcon.

Getting Started with .NET MAUI

Speaking of first impressions with .NET MAUI, developer Rakeshkumar Desai tried out MAUI for the first time and documented the getting-started experience. Rakeshkumar notes the preview CLI tooling, but is impressed by fast build times in .NET MAUI.

As if craving for .NET MAUI shirts wasn’t enough, Gerald Versluis teased us with some shiny MAUI stickers for laptops and anything else where you want to show off. Sounds like these designs are courtesy of William S Rodriguez and Edwin van Wijk—raw bits available from .NET Foundation swag repo. 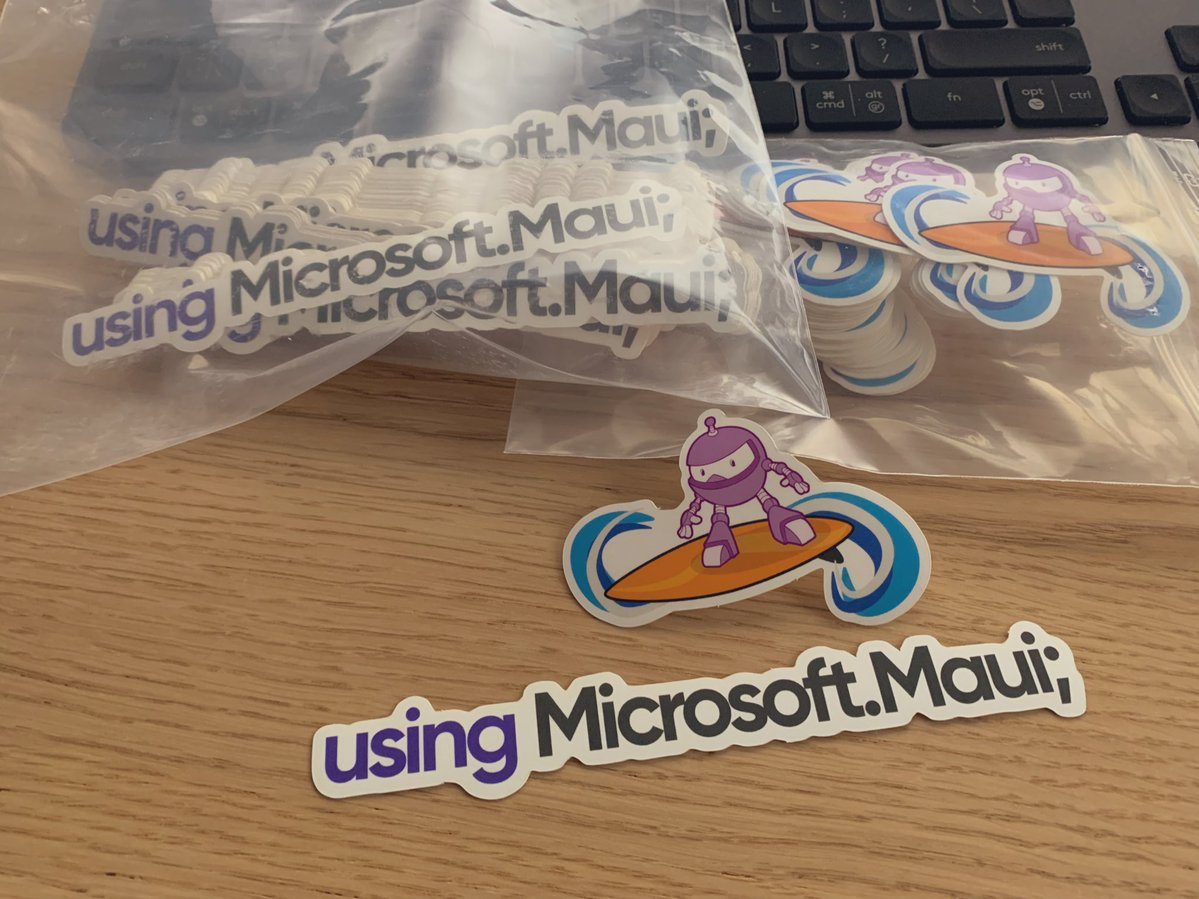