Sands of MAUI is a humble attempt to collect all the .NET MAUI awesomeness in one place. Here’s what is noteworthy for the week of June 14, 2021:

Most C#/XAML developers prefer to use the MVVM design pattern and large codebases often have sanity through the use of MVVM frameworks—like the uber popular Prism Library. Wondering what the future of MVVM development looks like for .NET MAUI? While early days, The Dan Siegel has already announced an experimental Alpha build of Prism Library aimed at .NET MAUI runtime on top of .NET 6. Dan also joined the .NET Dev Show to talk through Prism.Maui details—developers can expect an easy switch to use a PrismApplication with several service registrations through the AppHostBuilder pattern in .NET MAUI. 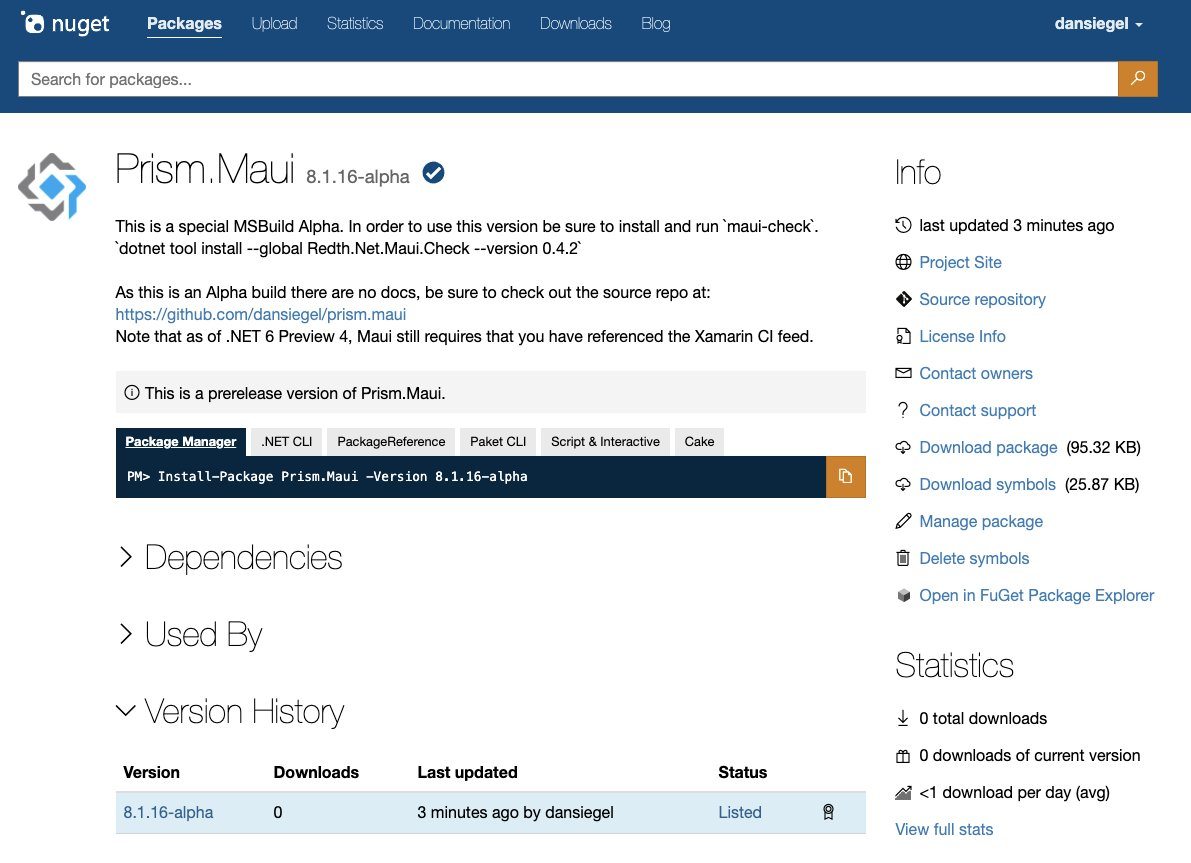 Ed Charbeneau hosted Blazing into Summer 2.0—a weeklong series of Twitch streams diving into all things cool in the Blazor world. Daniel Roth started off the week talking about Blazor updates heading into .NET 6—there was much excitement about the integrations with .NET MAUI powering Blazor Hybrid solutions for mobile/desktop. 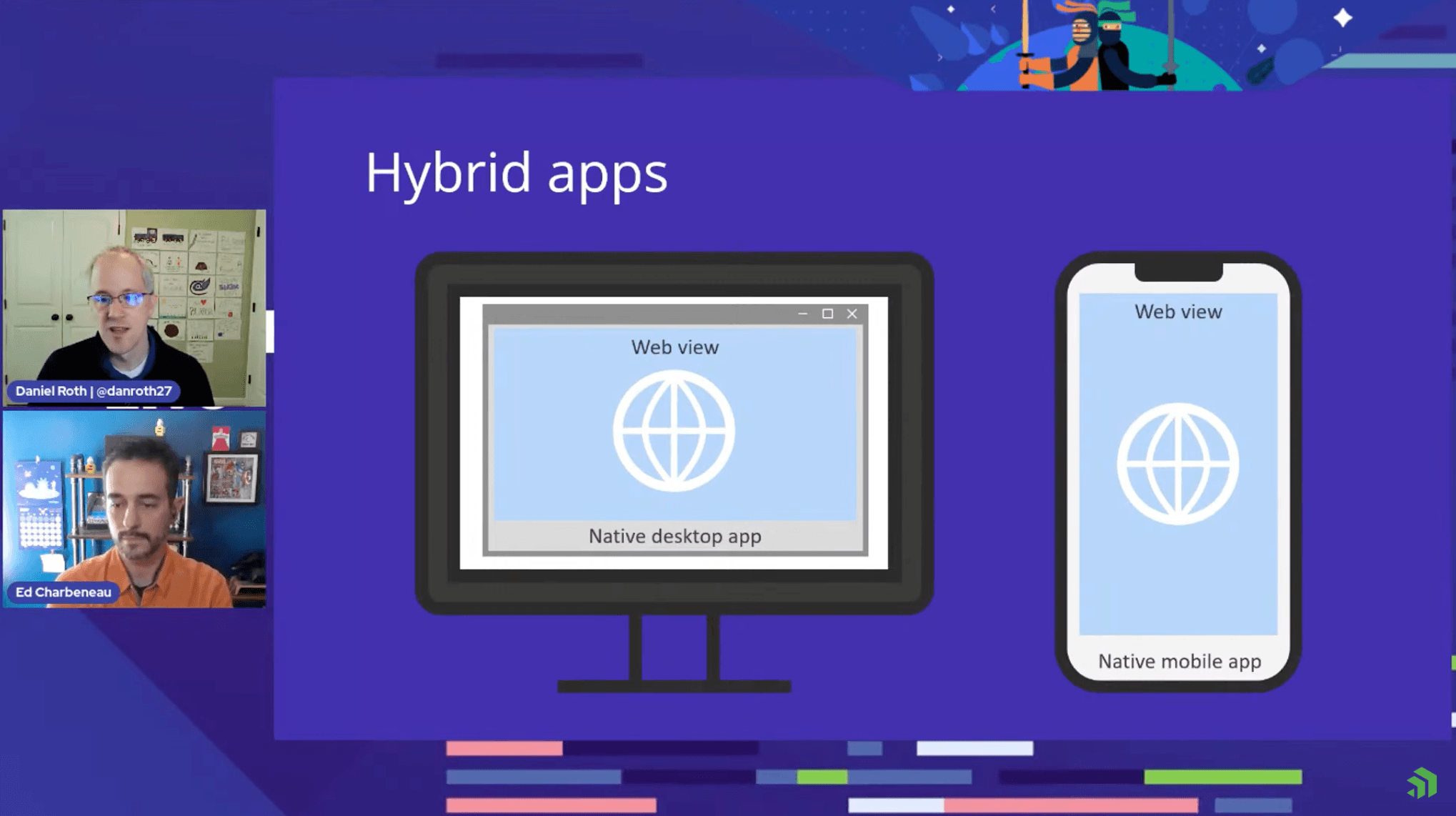 Last year saw MonkeyFest happen—a virtual conference by and for all passionate Xamarin developers. Javier Suárez spoke about the upcoming architectural changes with .NET MAUI—in particular, the .NET MAUI Handlers. This is a great session that dives into some of the pitfalls and proposed solutions as we move from Xamarin.Forms Renderer architecture to the new .NET MAUI Handlers—more decoupling and open app patterns help the entire ecosystem. 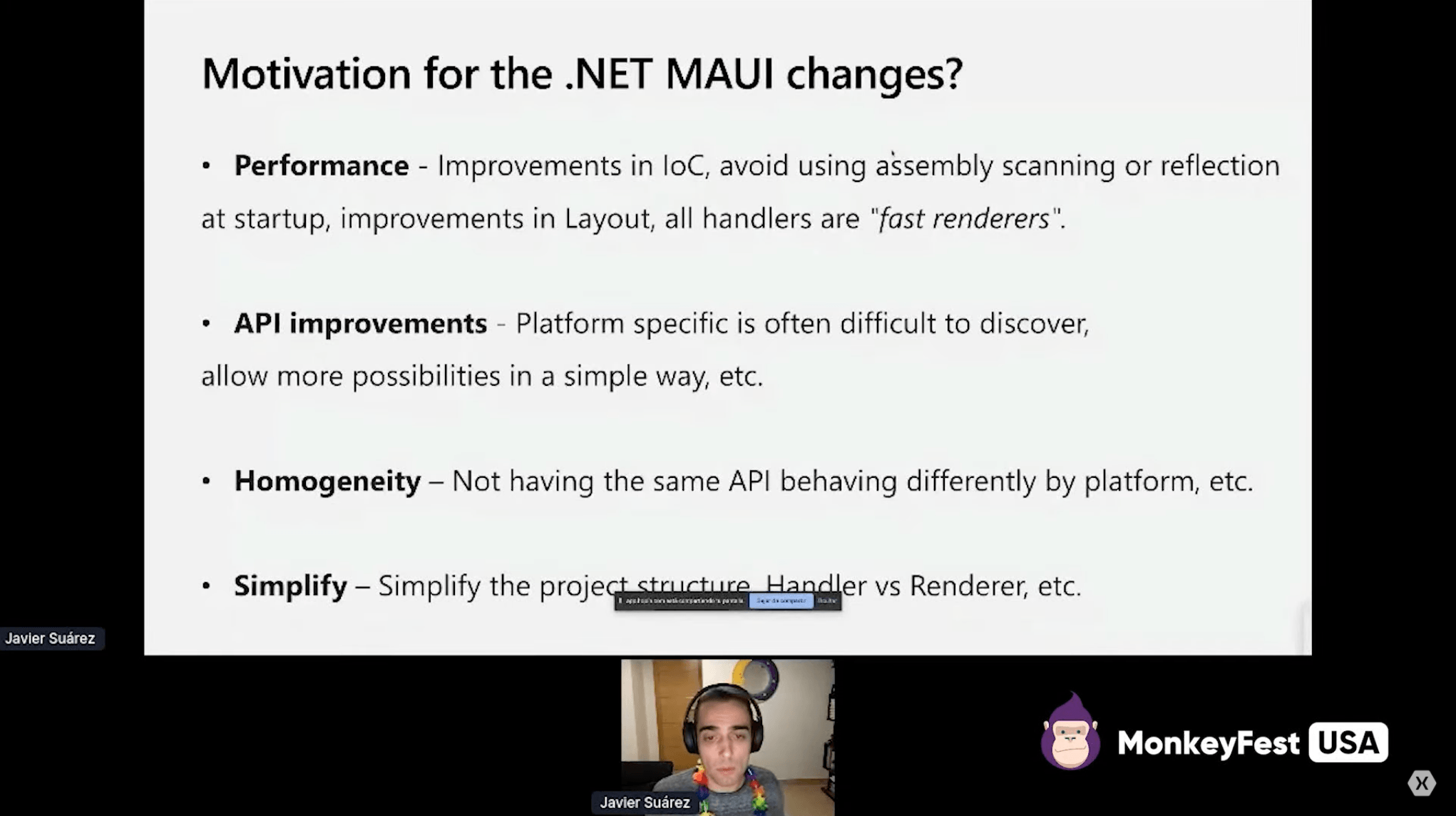 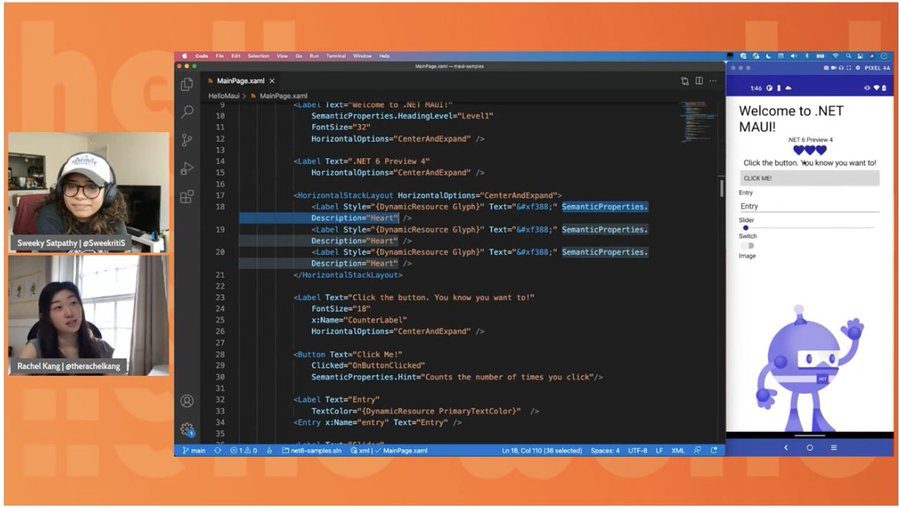 Apple recently hosted WWDC 2021 and the keynote was full of announcements, like early looks at iOS 15 and MacOS Monterey. The bravest among us jump onto Preview OS versions, and David Ortinau was quick to promise sanity on the bleeding edge—.NET MAUI apps run just fine on iOS and MacOS Monterey through Mac Catalyst. Developers get future-proof technology with .NET MAUI. 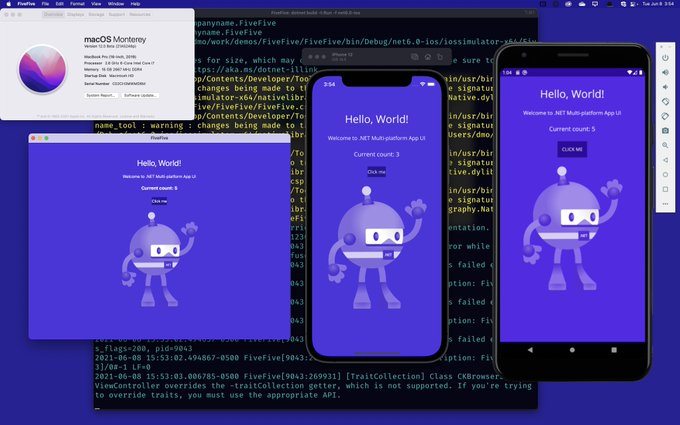