Behind every person, there’s a story, and we want to know yours! That’s why the KendoReact team is going traveling this year to meet with the React community. You can see which events we’ll be attending at the end of this article, but before that, let me share some of our stories with you, to kick off the conversation.

You may have seen Carl’s unmistakably Nordic beard at previous events, on Twitter, or on the Telerik Blogs as he’s been with KendoReact since its inception. Don’t ask him where he’s from unless you’ve got a coffee in your hand and a place to sit comfortably. On the other hand, being the KendoReact Product Manager, Carl has a lot to say about the team, how we build our roadmap and all about staying fit while balancing a heap of work responsibilities.

If you’ve looked for more information about React hooks, Eric’s name has probably showed up in your google search results as he did a popular series of articles diving into their intricacies. Beyond hooks, there’s a lot more to know about this React developer who came to Progress from Tesla, landing his first Developer Advocate role (at which he’s a natural!) and is miraculously always present at calls with the Sofia, Bulgaria team despite the 10-hour difference (he's based in California).

Then I also encourage you to ask Kiril about rebuilding of the previous version of our KendoReact website with Gatsby and what this architecture change did to the build time in production. Hint: he managed to decrease both the development and production build times 10x and made the site blazing fast. Yes, he has stories to tell.

And definitely turn to Stefan if you have a question about how a KendoReact component works – he’s our master solution-finder. He is also the one person on the team whom you can ask about all and any of the KendoReact UI components and get a pro tip. Since he’s one of the most active team members when it comes to answering support tickets, you may even have exchanged emails with him already!

Then there’s also me, Nora. Ask me about my favorite joke about functions if you want to lighten up – I laugh every time I tell it. I also have a lot of funny developer stories. Other than that, I’ve been working as a marketing person in IT for more years than you can tell and have a passion for communication, so ask me anything. Don’t worry, there’ll be no marketing talk if you approach me as I find it hard to be anything but straightforward (just ask the team).

There’s nothing that can substitute for in-person communication when it comes to building relationships or learning what someone is all about. That’s why the KendoReact team, represented by these fine folks just introduced, is going places this summer!

Come meet us at our booths at the following conferences: 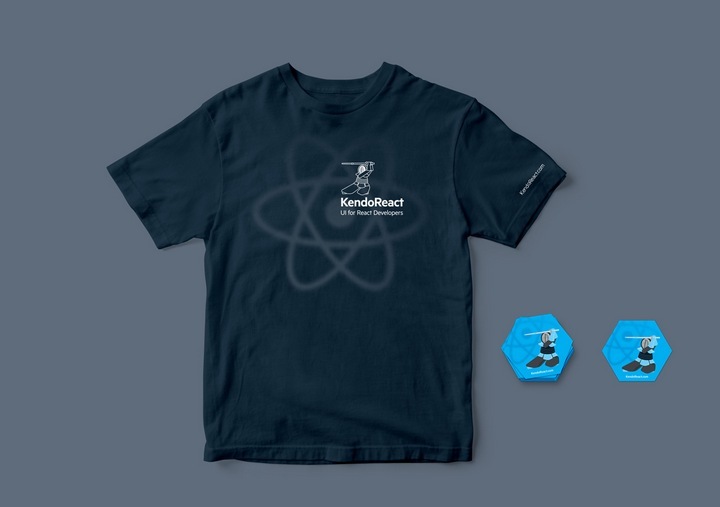 Looking forward to meeting you in person! If you want to suggest other React events for us to visit, drop us a line and we’ll check them out.

Getting to Know the KendoReact DateRangePicker

How to Introduce a UI Theme in Your React App