One of the greatest new features in Telerik Reporting Q1 2011 is the PowerPoint Presentation Rendering Extension, which produces a PowerPoint Presentation file from any Telerik report. The new rendering extension is part of the newly introduced support for the Office Open XML standard which meets “the new workplace challenges that include easily moving data between disparate applications, and allowing users to glean business insight from that data." (Source: MSDN). Supporting the Office Open XML standard also means that Telerik Reporting can export its reports not only to Microsoft Office PowerPoint, but to Word, and Excel 2007/2010.

The native Office Open XML support means that any document suite, paid or open source, can open the exported document and allow for editing. Still, the new PowerPoint Rendering Extension does not rely on Microsoft Office or any other suite to be installed on the server, so no additional costs are involved in supporting this functionality.

The PowerPoint Presentation export fully preserves the look and feel of the original report and gives the user the opportunity to further manipulate the data. It uses the full capabilities of PowerPoint to represent the report items and fully respects the report item’s style with all its properties - borders, background color, images etc.

The Telerik PowerPoint export is the first PowerPoint report export tool to draw the table/crosstab/list report item as a real table, i.e. its styles are applied not only to text boxes and lines, but everywhere: 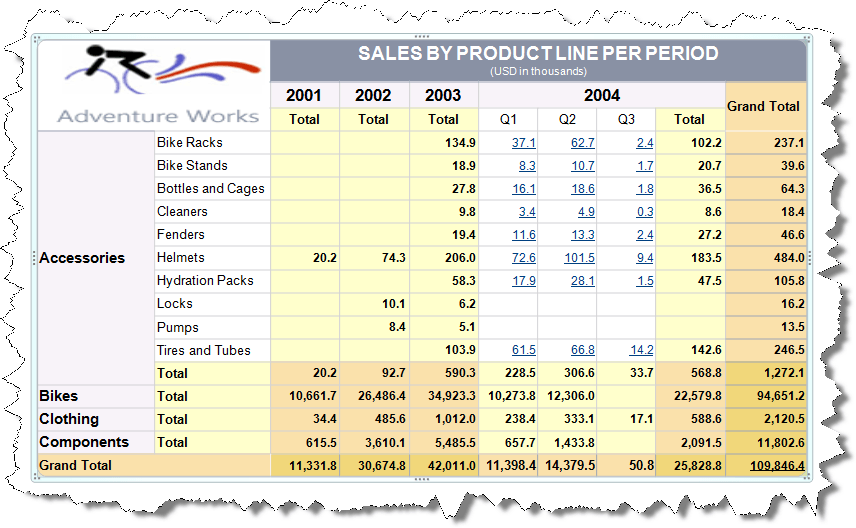 The power of the PowerPoint Presentation export can also be witnessed in the preservation of the individual border drawing, which uses the table cell’s border properties rather than the outline shape property (which doesn’t allow individual border to be set): 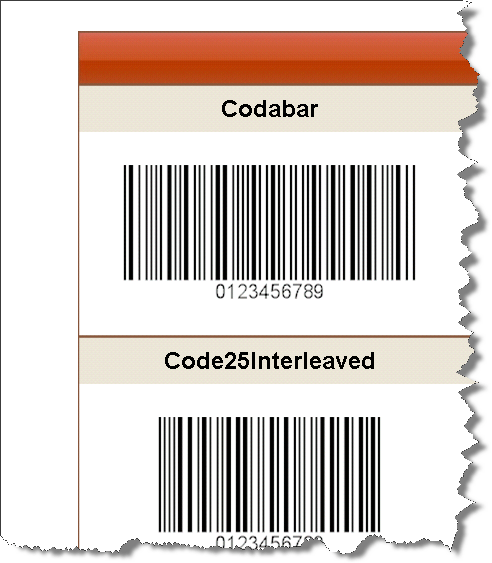 The potent PowerPoint Presentation export will be further extended in the next service pack with support for rotated text which will be preserved as an original report item text in the PowerPoint: 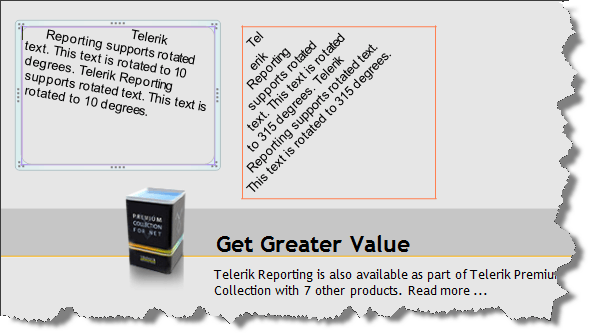 Download Telerik Reporting Q1 2011 today and give it a spin!

Telerik Reporting Conquers Gaming: Use Our Product in One of Many Extraordinary Ways

Diving Into the Latest Goodies of the Web-based Report Designer