With Microsoft’s official .NET 6 release just around the corner, we’ve geared up with support for the latest preview of .NET 6. 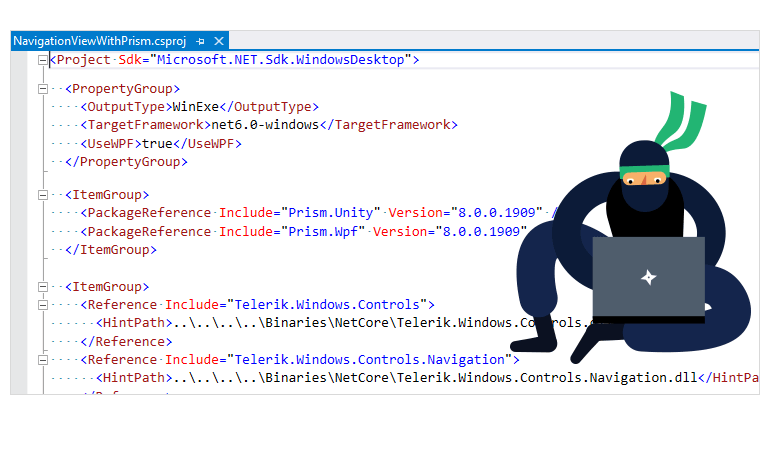 This control enables you to alert users and provide additional information about notifications, updates, changes, new messages, errors and more.

The Telerik UI for WPF Badge control allows you to create your own badges or use the predefined ones—whichever you choose, the control gives you full flexibility to adjust the notification icons to the overall look and feel of your application.

Some of the control’s key features include: 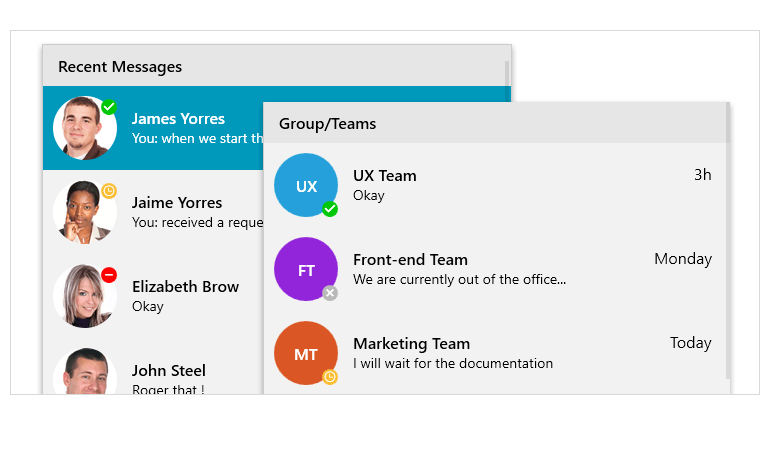 The following methods can be used to parse expressions:

Documentation of the Telerik UI for WPF ExpressionParser

R3 2021 brings support for the 2019 Office High Contrast theme. It’s been a year since we introduced the Office 2019 theme with its Light, Gray and Dark built-in color variations. This time around, we’re adding the Office-inspired High Contrast theme variation. It uses a limited color palette with contrasting colors to make an interface less taxing on the eyes. It’s a lifesaver for users with photosensitivity, sensitive eyes, and generally for anyone who spends long hours in front of a screen. The new UI for WPF suite’s High Contrast theme is based on the Windows High Contrast Black variation. 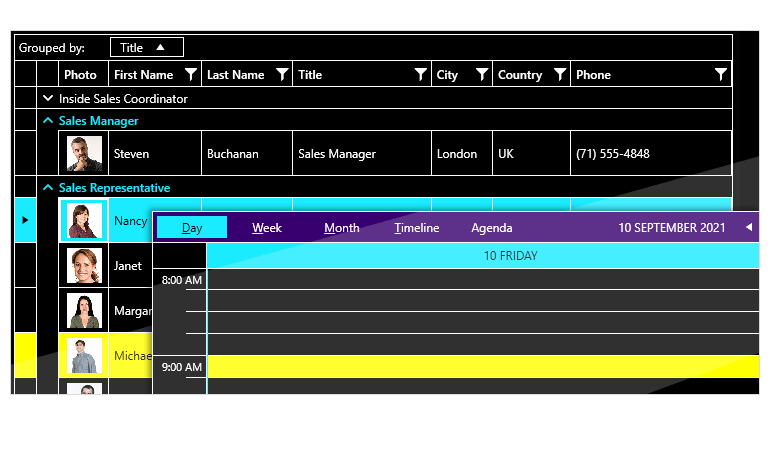 Support for Visual Studio 2022 in Telerik UI for WPF

As part of our commitment to supporting your development needs, with R3 2021 we’ve introduced Visual Studio 2022 support to enable you to take advantage of all the benefits that this new version offers.

For more information visit the Telerik UI for WPF VS Documentation

With the previous release, we added support for Suggested Actions in the XAML Designer for some of the controls. With this release, all controls from the Telerik UI for WPF suite now support suggested actions. Once enabled, the feature saves you time and effort by allowing you to click on a supported control and use the lightbulb to expand and interact with the Suggested Actions UI. 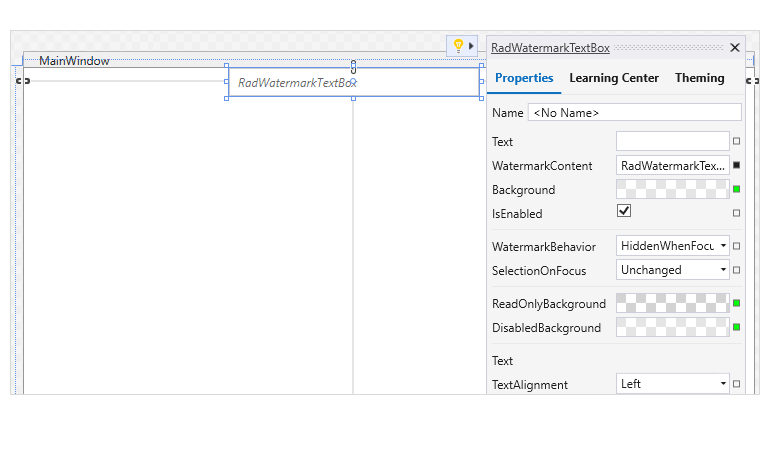 Non-breaking spaces is a standard Word feature that doesn’t allow the UI to break the line at a hyphen or space. In this way, spans separated with non-breaking spaces are always kept on the same line and transferred together on the next line if needed. It’s useful for content like numbers with signs so they can stick together, enhancing the reading experience.

This feature is also used in HTML to define more consecutive spaces. If regular spaces are used, then they are collapsed and only one space is shown in the UI. With non-breaking spaces, each space is rendered.

The RichTextBox now supports another MS Word-inspired functionality: @mentions. Users can leverage this feature to tag key stakeholders in comments and in messages so no new information slips through the cracks and workflows are more streamlined. Once the “@” character is typed, a drop-down list of username suggestions appears. By continuing to type, the control will filter out the available username options. 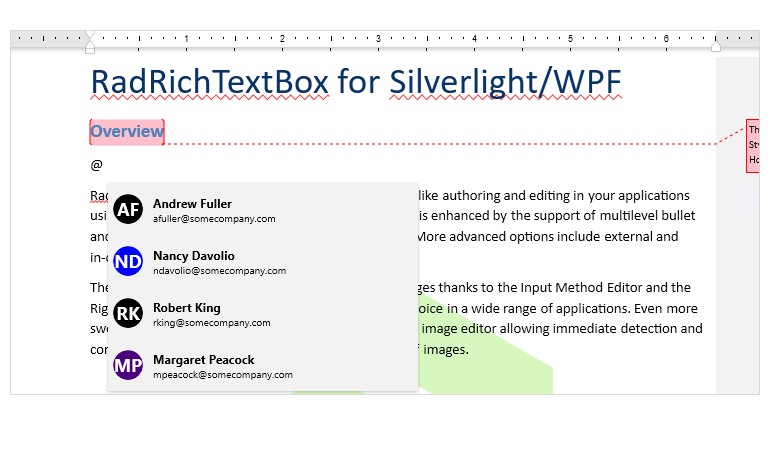 The Telerik UI for WPF’s ChartView now supports Box Plot series type! As the name suggests, this way of depicting data utilizes a plot with a box in the middle and shows groups of numerical data through their quartiles. The ChartView component now enables you to visualize each data point through a five-way segmented visual: minimum, maximum, lower quartile, upper quartile and median, which makes the data a lot more comprehensible.

Documentation of the Telerik UI for WPF ChartView BoxPlot Series 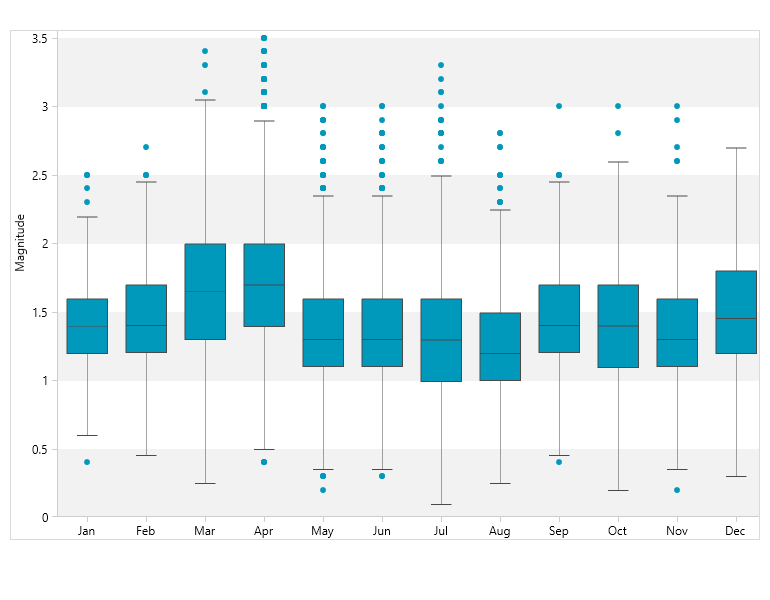 Documentation of the Telerik UI for WPF WordsProcessing Library

We’ve improved the UI for WPF PdfProcessing library and PdfViewer performance by adding the ability to handle documents with invalid cross-reference table start index. The previous implementation relied on valid cross-reference offsets in the PDF documents, however, there are various software systems that don’t always generate perfectly compliant PDFs. Instead of receiving an error, we’ve introduced a seamless solution that makes things easier.

Spreadsheet and SpreadProcessing: Support for XLSM

The WPF Spreadsheet and SpreadProcessing Library now support working with XLSM files. In addition to XLSX, XLS, CSV, TXT and PDF, we’ve added support for XLSM files without working with macros. Macros won’t be stripped from your file; however, they won’t be active in applications.

Purchase individual products or any of the bundles.