The PdfViewer is designed to allow you to host PDF files within your apps without forcing users to first download the PDF to their local machine. The component can work with both PDF.js and the Telerik Document Processing Library to process the PDF files for viewing and exporting. Additionally, we have started off the first release by adding virtualization as a feature so that even the largest PDF files can be displayed in the component. 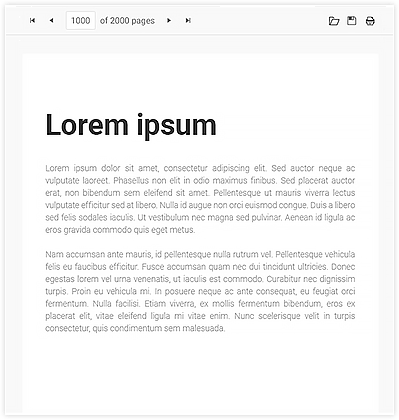 The drawer widget has more or less taken over as the de facto navigation element for web applications, which is why we wanted to introduce this widget fully in to Kendo UI. The drawer can be either overlayed on top of existing content, or can move the content over to the side.

Drawer items are also your standard icon and text combination, but can be completely customized to have their own templates for layouts. The Drawer component also features the ability to display a more compact layout, called “mini” mode, which displays only the icons for every menu item.

The Spreadsheet widget is a very important widget within the Kendo UI component set, and with R2 2019 it received the most highly-requested features, including:

Letting users scroll through large sets of data without having a pager at the bottom is a highly requested feature throughout all of our data bound components. The ListView is no exception to this and with R2 2019 we have added endless scrolling as a feature to the ListView.

We have improved the mobile experience across a few components, including expanding the adaptive behavior of the Grid and the Scheduler.

Adaptive behavior gives us an improved UX for more advanced components where simply making the components fit to screen may not be enough. This means creating a separate screen for column settings, filtering, and sorting with the Grid, or creating separate screens for editing in both the Grid and the Scheduler.

Beyond this we have also improved mobile support for the DateRangePicker, ensuring that this component will work well on both desktop and mobile devices alike.

The Menu component has now been integrated with the DataSource. This allows users to populate a menu from a remote data end point.

jQuery 3.4.0 was recently released and we have tested to make sure that R2 2019 is fully compatible with this release.

The Angular ColorPicker lets you provide either a drop down or expanded widget to let your users select color within your Angular applications. This can be done by providing a predefined color palette for your users to chose from, or a gradient that gives some more flexibility for picking a specific color.

The Scheduler is one of our most-used components and in this release we have added the following features: 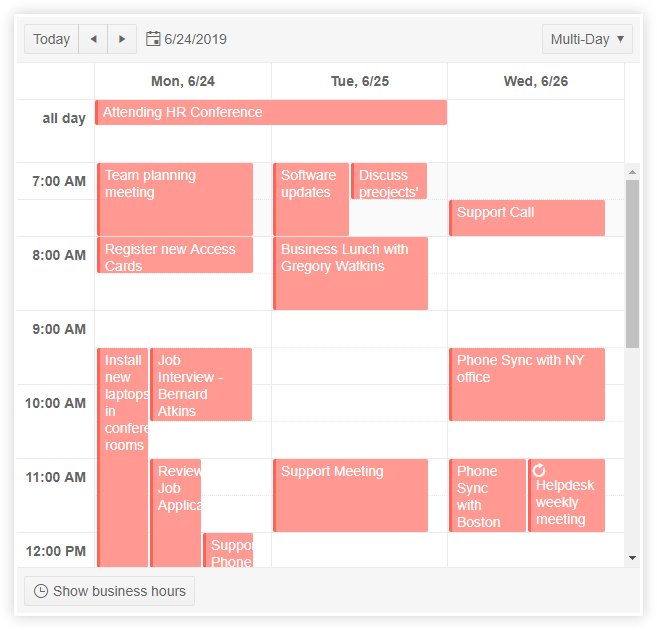 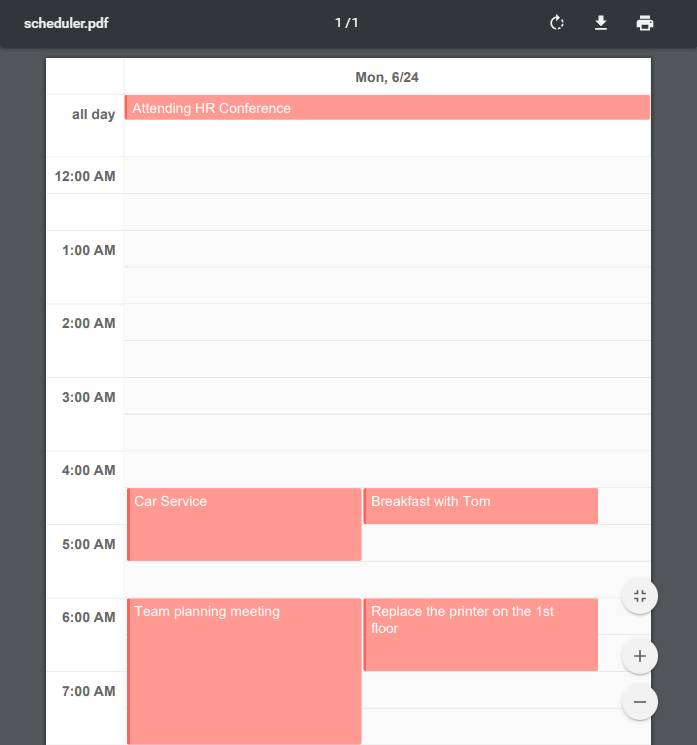 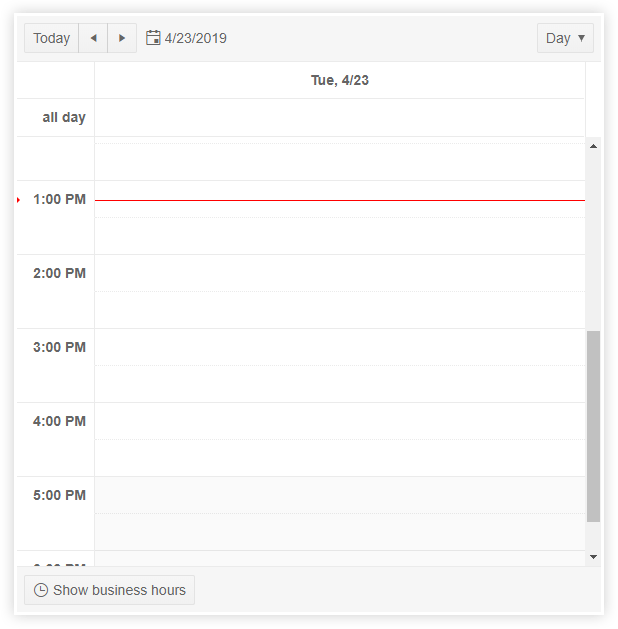 The Editor is one of the newest Angular UI components that we offer from Kendo UI. Being new, and the fact that a rich text editor needs to cover a lot of scenarios, means that there are plenty of features that we need to add to the component. With this release we have covered most of the basics, including the following tools that have been added to the available toolbar options: 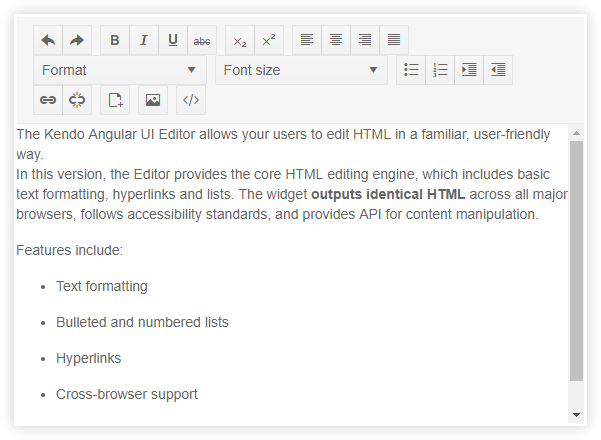 The Drop Down components have received two major new features that will be added shortly after the R2 release. 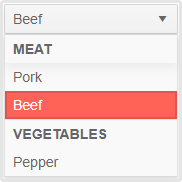 Accessibility is always important and a pillar for any Kendo UI product, and Angular is no exception. With R2 2019 we are introducing documentation and guidelines for how to ensure compliance with WCAG 2.1 standards when using the Kendo UI Angular components. As our UI components are pretty advanced there are always considerations around what features make something more or less accessible, so this guideline should help navigate these features.

The native Kendo UI Grid for Vue.js received a lot of attention in the last couple of months. 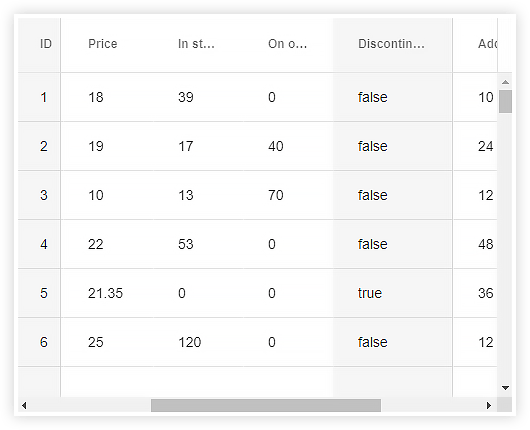 Having a pager at the bottom of a data bound list is sometimes far from ideal based on user requirements - end-users would like to just see a scrollbar instead. This is where Endless Scrolling comes in to play as it gives your users a way to scroll through all of your data without seeing a pager, and you as the developer receives a ton of benefits from loading pages of data rather than all data at once.

The new KendoReact rich text Editor is a full-featured, highly customizable WYSIWYG editor built to perform. It enables end-users to input free-form text, apply a large spectrum of formatting options, and insert HTML content. Custom rendering support ensures that you can integrate it seamlessly into your web app. The component allows for the creation of custom Editor tools (controls) and plug-ins, which makes it endlessly extendable. Like the rest of the KendoReact library, the Editor complies with accessibility standards and supports globalization. 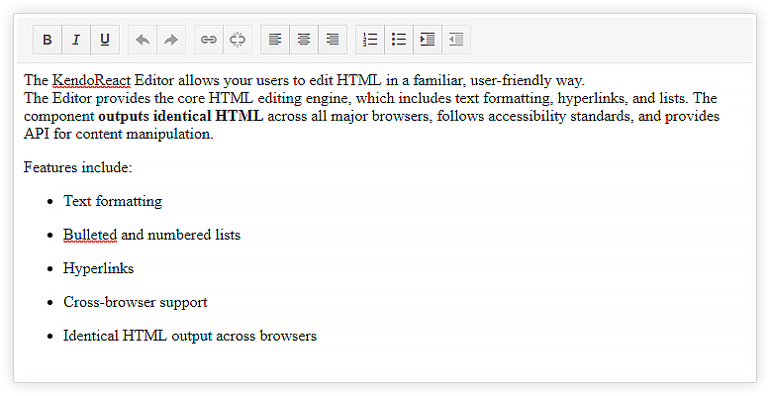 The DateTimePicker component is perfect for scenarios where both date and time need to be selected by the user. Following best practices around user experience, the component works well on desktop and responsive mobile applications alike.

With the new Notification widget developers can easily showcase additional information on top of their existing user interface. The component has pre-built designs relating to success, warning, or error notifications, as well as the ability to completely customize the look-and-feel of the notification. 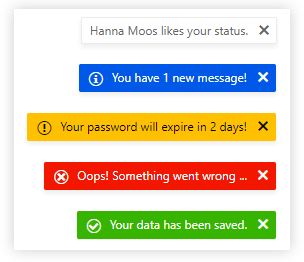 Originally only available internally within our components, the KendoReact Sortable component is a handy utility library to help around displaying a generic list of items and re-ordering the elements by dragging and dropping them. Any updates to the list are preserved to the underlying data set.

Previously only an internal implementation, this release sees the drag & drop utility library released for any generic drag & drop scenario. Allow any UI element to be draggable and define exactly what can be dragged and where it can, or cannot, be dropped.

Every release usually comes with an update to the Grid, but with R2 we added a huge new performance feature with column virtualization.

The TreeView also received some of the most frequently requested features, specifically drag & drop and checkbox selection. 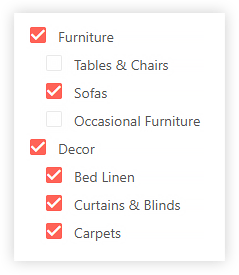 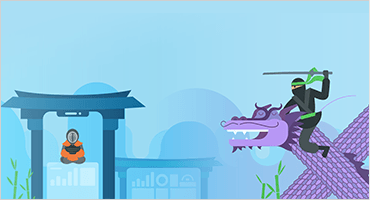 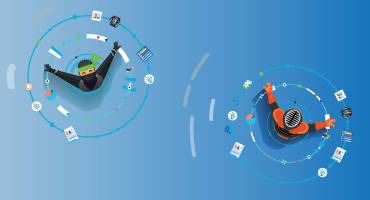 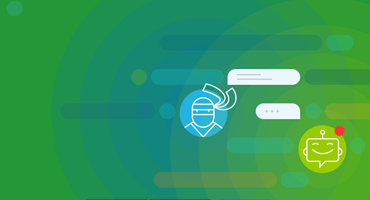