It's a very exciting time for ASP.NET developers right now. With so many options out there to create applications, developers really have their pick of the litter. Well, today I can add even more greatness to the tool belt that ASP.NET developers have at their disposal! With R1 2018 we have introduced improvements across the board for both of our UI libraries for ASP.NET, and we're also introducing Tag Helpers for some of our most popular components, including the Grid.

Updates to the Central Library

As a part of our development efforts for R1 2018 we decided to do some house keeping and focus on making R1 one of the most stable releases we've ever had. As a part of this effort we have closed over 250 issues across our public and internal issue trackers. This means we have closed over 30% more issues than were logged during the last few months. This took a big chunk out of our existing backlog of bugs and various fixes that needed to be done.

We also are now one step closer to full OData v4 compliance. The OData protocol has been supported for a while, in fact it was one of the first types we added for the DataSource (what gives the Grid, Scheduler, Charts, etc. all of their data). We haven't had a chance to fully adapt to updates that happened between v3 and v4 of OData, but we have now been able to add batch processing as a part of R1. We still have some features to implement, so keep an eye out for additional improvements over the next couple of months!

Finally, we also took out the ButtonGroup from the list of hybrid-specific UI components and added the widget in to the regular Kendo UI component list, removing the need to call from the mobile namespace and adding this component in all your responsive desktop web applications.

If you haven't already, I definitely recommend that you check out ASP.NET Core. It's a great way to .NET developers to create server-technology agnostic web applications. Windows, Linux, or even macOS can be used to create and deploy ASP.NET Core apps.

As a part of ASP.NET Core, Microsoft introduced a new way to work with Razor pages and create complex UI: Tag Helpers. At a high level, Tag Helpers provide a very HTML-like way of adding components in your applications. Being able to lay out something as advanced as a Grid, or any other UI component that we offer, in a declarative HTML way, while still giving a lot of the server-side power that ASP.NET developers are used to, is a very powerful thing.

I am very excited to announce that with R1 2018 we have added to our list of Tag Helpers and focused on some of the most popular components that we offer, including the Grid and the DataSource. Ever since we introduced Tag Helpers people have been requesting the more advanced widgets to be a part of components available in Tag Helper form and now we can say that the day is finally here! This makes Progress one of the first companies to offer more advanced components as Tag Helpers. 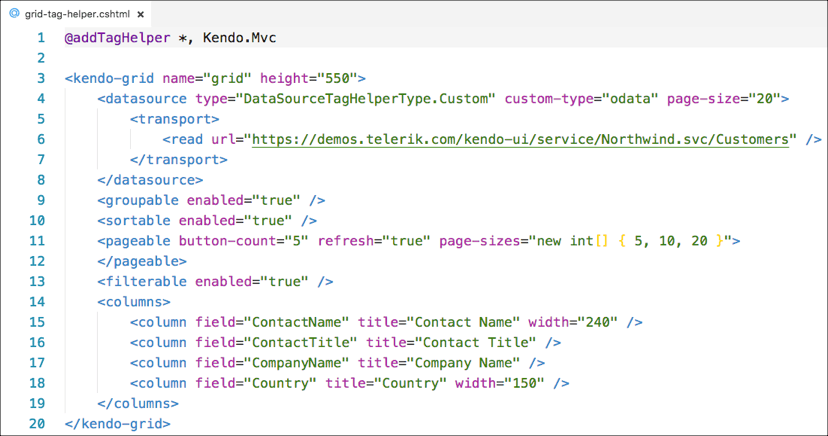 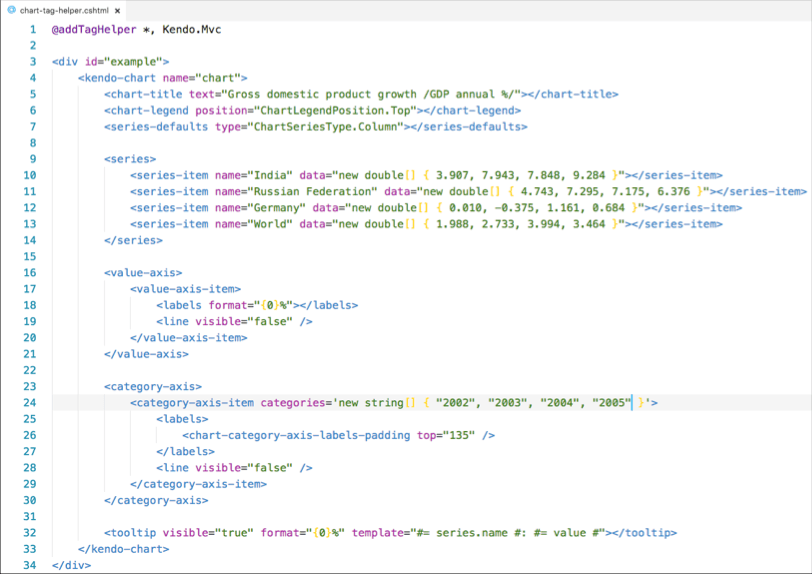 There's a ton happening with this release beyond what I just covered, so you should take a look at our various resources to see just how you can start using all of these updates in your applications today, including our release webinar recording. I'll leave you with two links to help kick things off - happy coding!