I’m over-the-top excited about the latest RFC the Angular team dropped for standalone components, directives and pipes. This (to me) is pointing Angular more and more in the direction of a module-free paradigm. I personally could not be more excited about such a change. 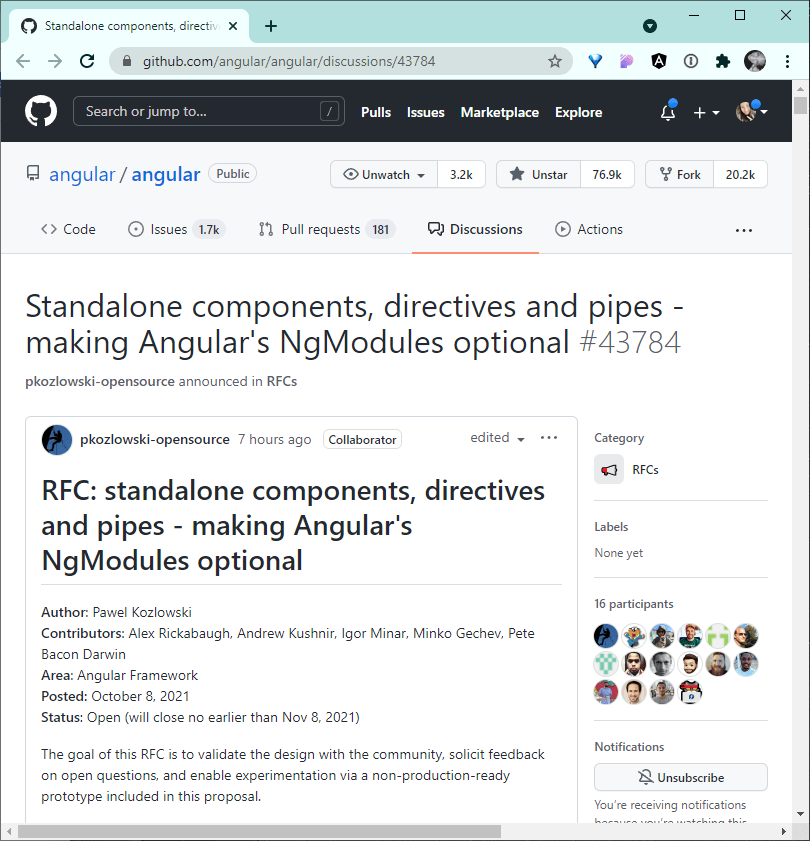 However, it should be noted that when I play D&D, I am a chaotic-evil role. So BIG changes and LOUD NOISES are kind of my MO. But the way I see it, self-contained components create a more modular Angular. This means a lower barrier to entry for beginners, an easier mental model to grok of cycles and dependencies, less work on the compiler and, in the end, faster build times. Since this standalone feature is going to be optional, what do we have to lose?

Some Thoughts on the RFC:

I love the questions the team asks themselves while putting together such a proposal. Having been privileged to be a part of several meetings before the RFC went public, I can testify to the care and thought they put into each part of their proposals. This questions in particular piqued my interest. Couldn’t we derive the standalone flag from the imports presence?

I would love to hear community thoughts on this point—currently, I could be swayed either way. Yes, the standalone truthiness could be easily derived from the fact “does the component include its own imports?”. However, just because shorthand is shorter, that does not always make it superior. There is the developer experience to take into consideration. Not only for new devs to simply understand “Is this component standalone?” but also for everyday developers—does it actually make standalone components faster to identify by having the semi-redundant flag there?

standalone: true
Another part of the RFC that I found particularly inspiring was this:

I think this is the core of the proposed changes and I couldn’t agree more. It would be a simpler model to teach and track, if modules were not part of the equation. At the end of the day, if you aren’t sold that standalone components will work for you, that is OK. This is proposed as an optional change and won’t force you into using it if you don’t want to. I highly encourage everyone, if you are using Angular currently or considering using it, to comment on this RFC. Make sure you include any concerns or even cheers you have for the team as they move Angular into the future. The team really does want your feedback and really will take it into consideration.

How to Implement Rich Angular Notifications (aka Toast, Snackbar) with Kendo UI