Unless you missed it somehow, last week Microsoft released the public preview of Windows 8 along with the beta of Visual Studio 11. They are both available for download right now and we encourage you to check out the tiled future :). If you already did that and you are still wondering if it's possible to build normal ASP.NET AJAX web applications using the new Win and VS releases, then this blog post will be helpful to you!

First of all, a new build of the Telerik's ASP.NET AJAX controls is available in your accounts, specifically targeting Visual Studio 11 beta! The features of the control and skin assemblies inside are exactly the same as the one in the official Q1 2012 release. The different version number is used only to signify that the build targets Visual Studio 11 Beta specifically and enables all integration features - the Telerik toolbox groups, the Telerik menu, project templates and so on. If you are using the Telerik Visual Studio Extensions, then you can create a new RadControls Web Application or Web Site and they will just work. 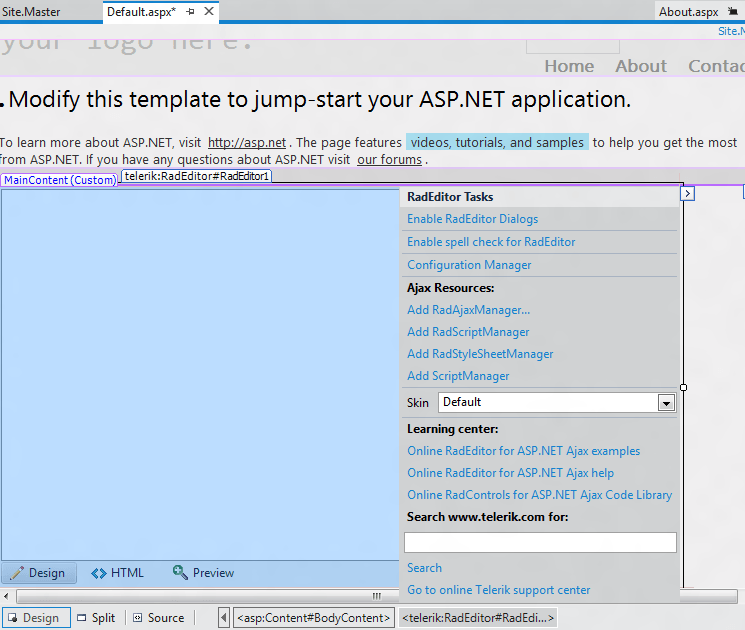 There are a couple of differences between the new beta and the current version of Visual Studio that should be mentioned. The first one you will see right after you install the controls on your Windows 8 machine - when you try to launch the examples web site you will be greeted with a prompt that asks you to install the .NET framework 3.5. This is normal - Windows 8 does not ship with .NET 2.0 or 3.5 preinstalled and our examples application is build with .NET 3.5. Why is that you might ask - because we still need to support Visual Studio 2008 and .NET 3.5 is the lowest we can go. The examples will run just fine on .NET 4.0 and 4.5 as well. 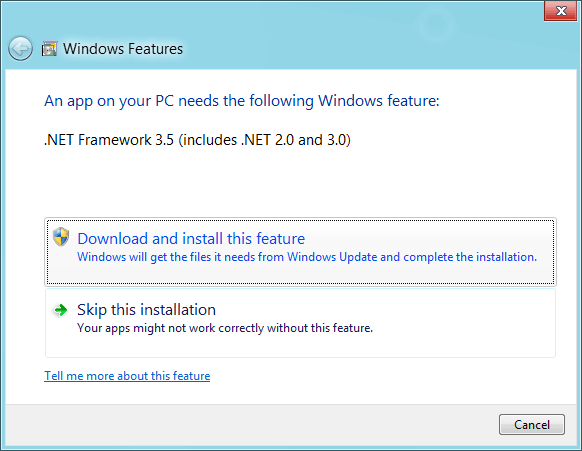 The second difference will show up if you create a new Web Application using the default templates with Visual Studio 11 Beta and drag some RadControls from the toolbox to your page. Once you run it, you will see an exception The Controls collection cannot be modified because the control contains code blocks (i.e. <% ... %>).. This happens because Microsoft decided to include a code block inside a script tag in the head element of the default master page. All third party controls that want to register their stylesheets do it in the head element and RadControls is no exception. However, the script tag <script src="<%: ResolveUrl("~/Scripts/modernizr-2.0.6-development-only.js") %>"></script> will effectively prevent that so you need a workaround. You can either move the script tag in the body of the page or you can put it in a RadCodeBlock control, which will fix the exception. 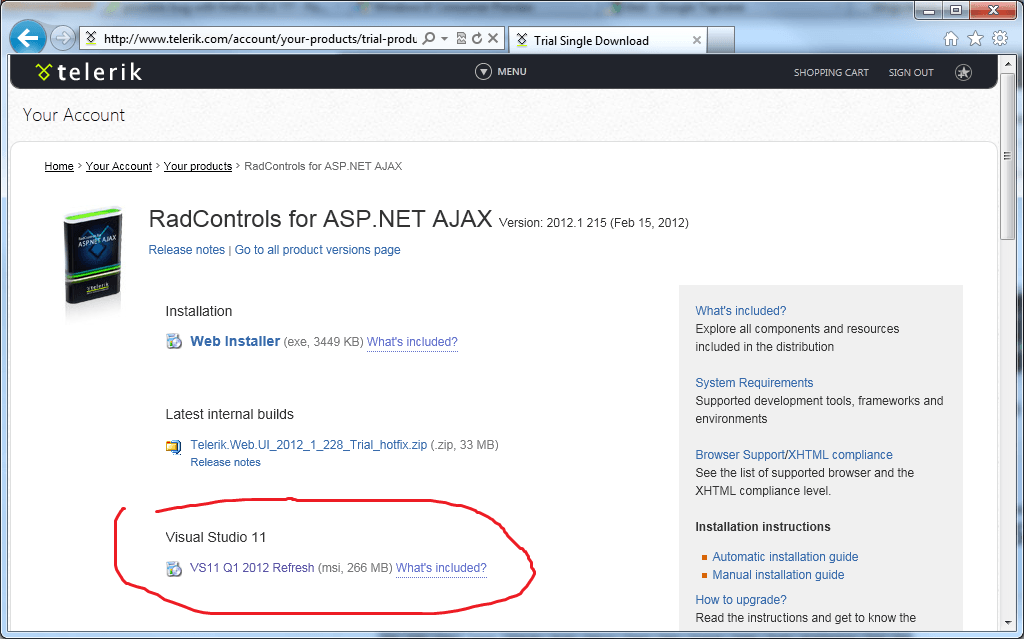 Stoyan Stratev is a technical lead in the Windows 8 HTML team at Telerik. He joined the company in 2005 as a web developer, specializing in the integration of the Telerik components in third-party solutions, such as DotNetNuke and SharePoint. He led one of the ASP.NET AJAX teams before moving on to the Windows 8 division.