Sands of MAUI is a humble attempt to collect all the .NET MAUI awesomeness in one place. Here's what is noteworthy for the week of December 13, 2021:

The .NET Podcast app was a cornerstone demo during .NET Conf—a unified app running on multiple platforms and showcasing the flexibility of code sharing across Blazor, .NET MAUI and ASP.NET Core. The source code for the .NET Podcast app was recently open sourced, but running it locally involved a few steps—who knew a real world app had some moving pieces and architectural dependencies.

Aside from .NET MAUI and Blazor code, the .NET Podcast app has Azure Container Service dependencies, uses GitHub Actions and utilizes backend APIs powered by ASP.NET Core. This is a great real-world sample app perfect for developer exploration and James shows how to have the full end-to-end demo running on developer local machine. 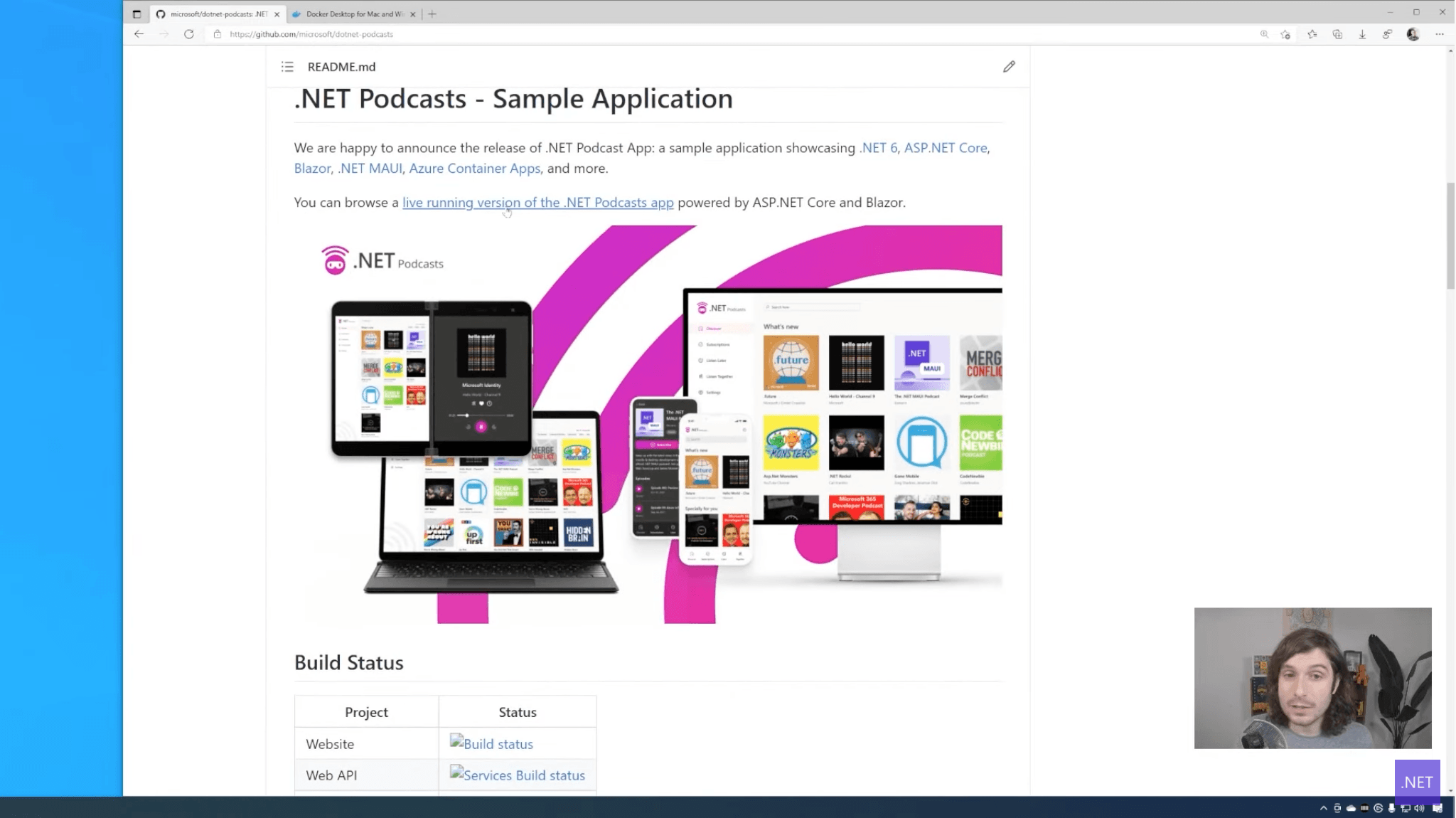 Developers have always been told that one needs a Mac to build for iOS from Xamarin.Forms/.NET MAUI while on a Windows machine. Turns out, this is not entirely true thanks to a wonderful feature—Xamarin Hot Restart, which enables developers to quickly test code changes on an iOS device during app development. Armed with an iOS device and a connecting cable, developers can directly deploy apps to the device from Xamarin.Forms with Visual Studio while running on Windows.

With a paid Apple Developer Program subscription, developers can set up Visual Studio on Windows to directly deploy/test apps to iOS devices—and even publish apps to the App Store. 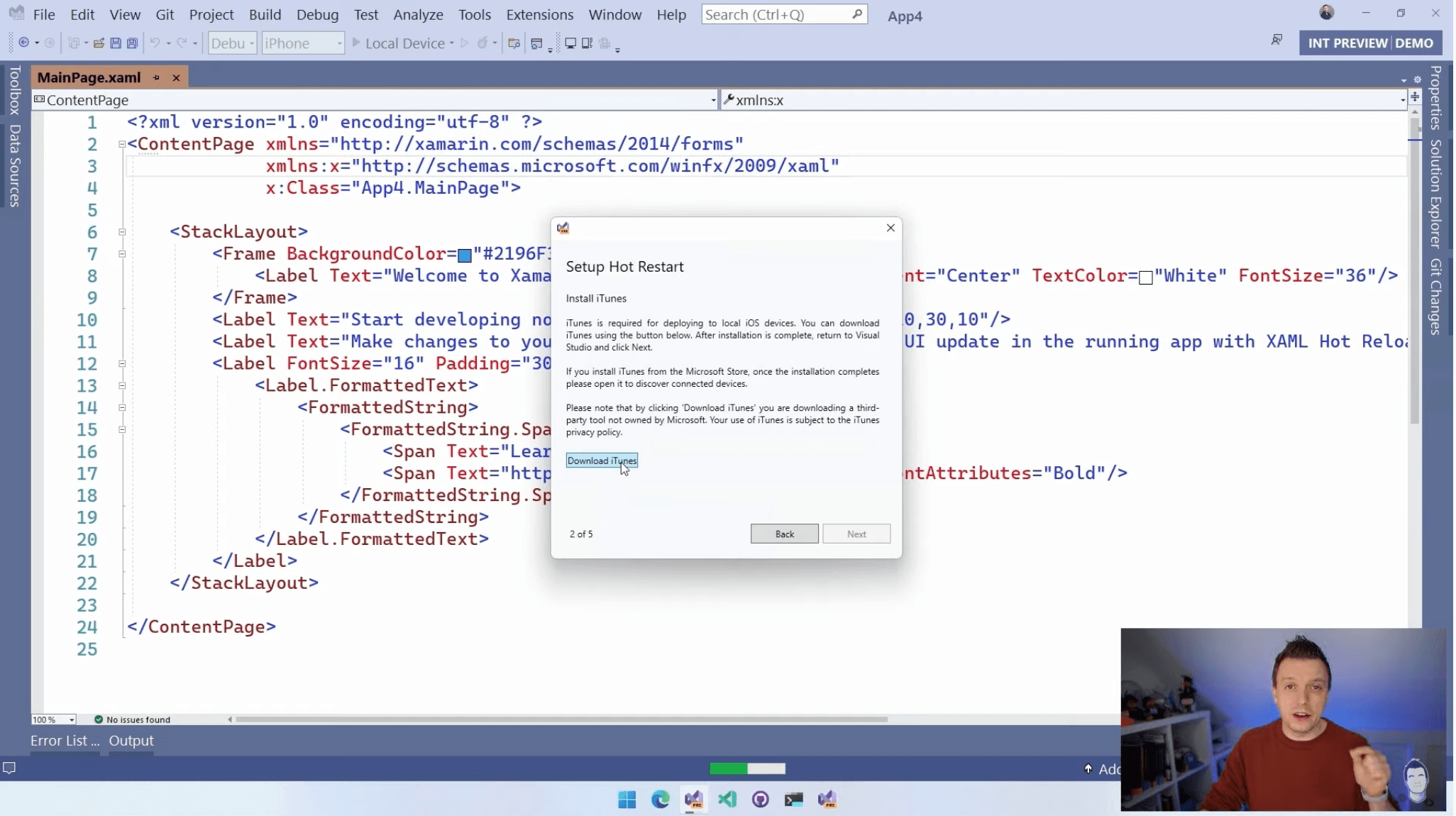 Building client apps with .NET? You could be building web/desktop/mobile apps across a variety of platforms with some solid tooling. And nothing else celebrates .NET on the client side like .NET FrontEnd Day—a full day virtual conference, with focus on building frontend apps using .NET.

With a successful first year under the belt, .NET FrontEnd Day is gearing up for the second edition on Feb 10, 2022 and just announced their list of speakers. Rest assured, there would be no dearth of .NET MAUI and Blazor love—developers should register and tune in.

.NET has come a long way and the future of the .NET developer ecosystem looks bright. There is, however, a lot to take in and the bigger picture story from experienced .NET developers help.

Ed Charbeneau produced a video on the .NET of Today and Tomorrow, recapping some historical perspective and looking ahead at the future with .NET 6.

Ed talks about the .NET unification story and how .NET UI tooling from Progress Telerik can help .NET developers be more successful. It did not take long for Ed to dive into modern web development with .NET 6 and Blazor and exploring the code-sharing future with Hybrid apps using Blazor on top of .NET MAUI—all backed by solid demos and code walkthroughs. 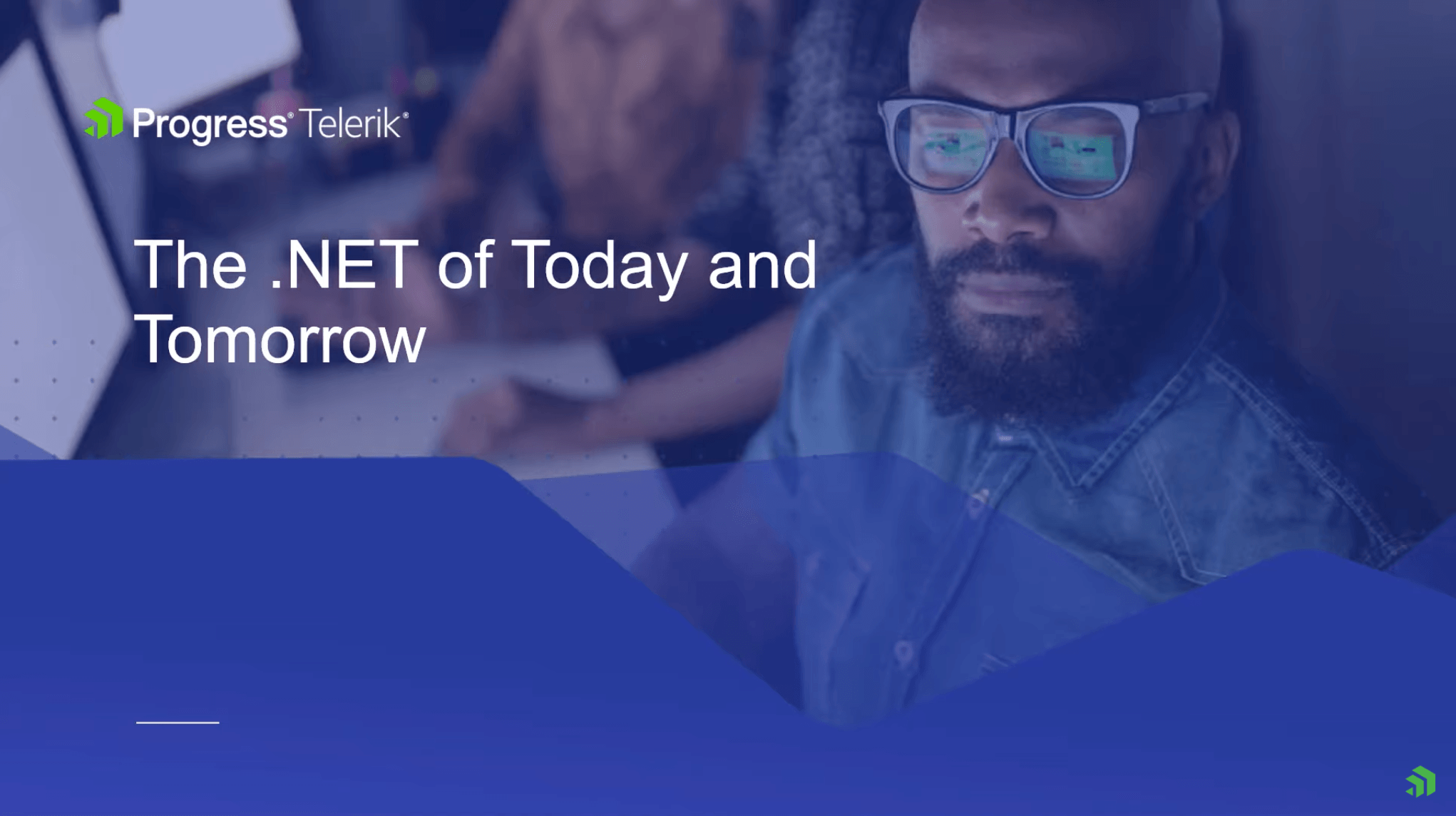 .NET 6 is out and there was a lot of .NET developer content shared at .NET Conf. While most developers are still taking it all in, Dave Brock wrote up an article on favorite things in .NET 6.

While most of Dave's favorites lean towards modern web development, many point to the core benefits of .NET 6 for .NET MAUI developers as well. Some of the .NET 6 excitement centers around Hot Reload, C# 10 features, Minimal APIs and Blazor improvements—the present unified reality of .NET is looking pretty good.