Q2 2010 Beta of RadControls for WinForms is live

This beta is a major milestone for the entire suite because it adds several brand new controls to your toolbox as well as gives you completely re-designed, optimized and feature-rich RadGridView. We put a lot of efforts in meeting the expectations of our users and we are positive that you will find all the new features worthy. Here is a brief overview of Beta's highlights:

We have reworked both the UI layer and the data layer, which advances the control to a new level in terms of visual appeal, UI customization, and data manipulation. The UI and Data Layer interfaces are now more robust, with no need for internal synchronization any more. A new event dispatcher has been  added, which provides a unified communication model between the UI layer and the data layer. In addition, we have added new exporting capabilities and you can now export grid's data and its visual settings to HTML, CSV and PDF. Although there are still some known issues (which will not be present for the official Q2 2010 release), the overall stage of the control is stable and may be fully tested in your applications: 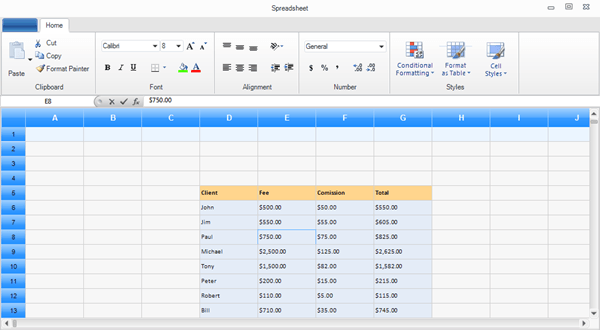 The brand new RadPageView control is aiming high to provide a full replacement for the currently existing RadTabStrip and RadPanelBar controls by shipping the same functionality with a simpler approach and improved performance. This new control addresses many issues present in the old components, and is based on a very flexible and extensible platform that is fully compatible with the Telerik Presentation Framework, and allows for implementing different layout scenarios as quick as never before. 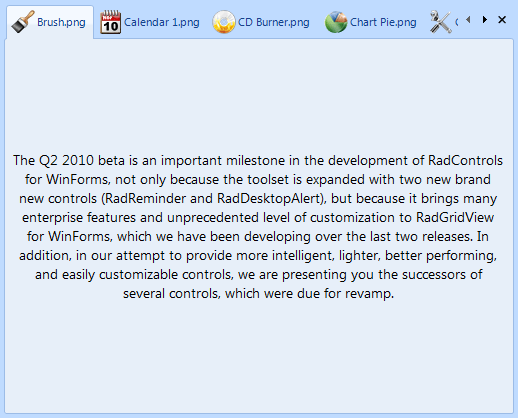 The brand new RadListControl and RadDropDownList controls will entirely replace the existing RadListBox and RadComboBox controls. The new controls will provide the extensibility options that are currently lacking, and will offer much better performance than the ongoing versions, due to the use of a new generic data engine, developed for RadGridView: 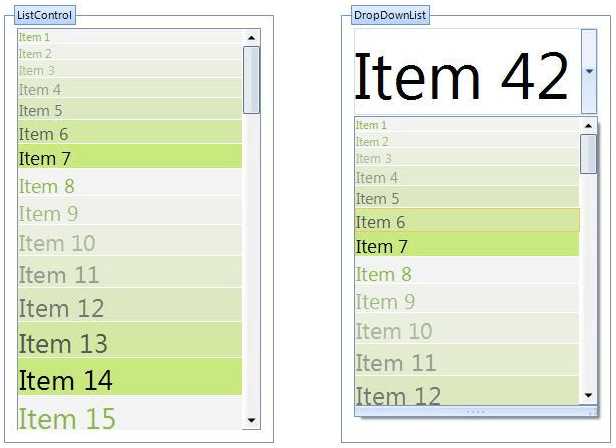 RadDesktopAlert is another new component in the Telerik toolbox, which is used to alert the end user of a new event in the application with a small popup on the screen, much like new mail notifications in Microsoft Outlook ®. The control is fully themable through the Visual Style Builder, and exposes a convenient API that can be used to customize its behavior. The content of the alert is fully customizable as well, and provides image support, even HTML–like text rendering. Among the most important features of this component are multi-monitor support, screen alignment, auto-close and pinning/unpinning functionality, fade and bounds animations. 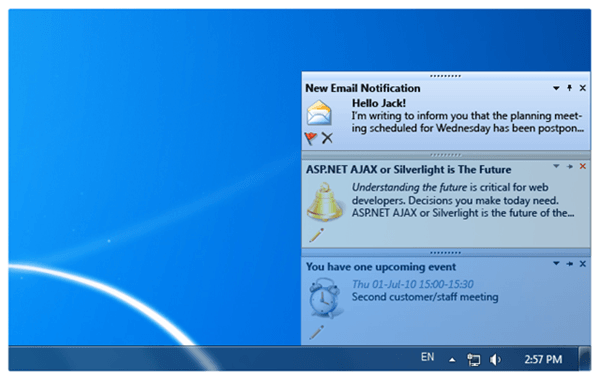 RadDesktopAlert is fully customizable regarding behavior and visual appearance

RadReminder is an extension to RadScheduler, however it can also be used as a stand-alone component. When coupled with RadScheduler (through the SchedulerReminder component) it shows a reminder pop-up dialog at a preset time with the option to snooze the reminder, quite like Microsoft Outlook®. The reminder dialog is fully customizable through a full collection of events and supports themes: 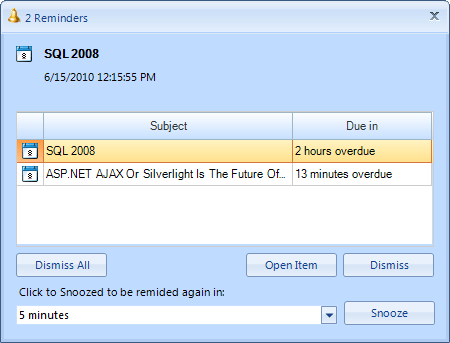 We need your honest feedback on what needs to be fixed and what can be improved so please do not hesitate to download a copy of the trial version or a licensed version under your accounts and to share your thoughts on the beta in our beta forums. We will award every beta participant with up to 5,000 Telerik points (depending on the quality of the provided feedback) as a token of our gratitude for your time and cooperation.

Complete release notes about this beta may be found here.