Modernize Your Applications with UI for WinForms R2 2016


The latest release of Telerik UI for WinForms is here, with new tools to help upgrade your Forms, plus new controls, styles and more.


With this blog post I am happy to announce the R2 2016 release of Telerik UI for WinForms, which is already available for download. As usual for a major release, we continued investing in increasing our product quality and adding new very exciting additions to the suite. Let’s dive in.

As you all know, the Telerik UI for WinForms suite aims to help developers build beautiful, modern, feature rich applications faster than ever—allowing you to deliver your products in a shorter timeframe and reduce production costs. In our days, however, there are also plenty of old school Windows Forms applications created with the standard controls, and these applications are getting harder and harder to maintain and develop. At the same time, customers always need more and more.

One way to address such need is to convert the existing application (using the standard Windows Forms controls) to a reliable third party library, like Telerik UI for WinForms, so you can further extend the functionality of the application and give it a modern look. However, depending on the application(s) size and number of projects, this might be a very time consuming (and expensive) project. 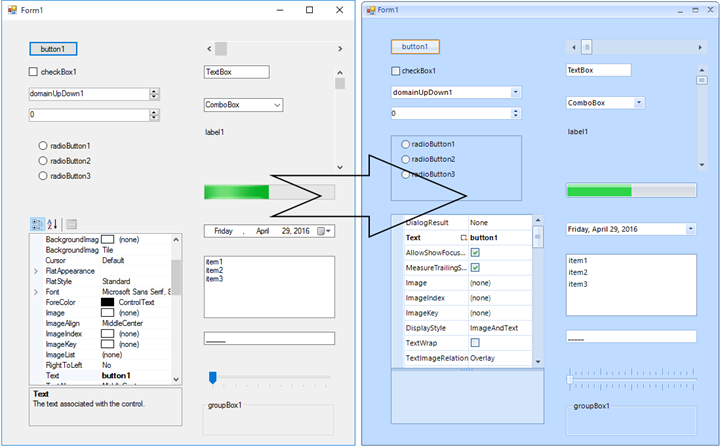 This tool has one purpose—to save you as much time and effort as possible, so you can convert your applications much faster and more easily. In its first version (currently released as CTP), the tool will convert 19 of the standard controls with over 10 more planned in near future.

How Does it Work?

Once Telerik UI for WinForms R2 2016 is installed on a machine with Visual Studio 2015 Update 2*, you can open up your application solution (.sln) and use the new menu option available in the Telerik Menu in Visual Studio to start the simple conversion wizard. The latter allows you to pick which of the currently supported standard controls you would like to convert to their Telerik UI for WinForms counterparts, and then initiate the process.

Once the Convert button is clicked, the tool will add the Telerik UI for WinForms references to the available projects in your solution and will scan them for the selected controls to convert. Where such controls are found they will be converted to their counterparts. Due to the different APIs some build errors might occur which have to be reviewed manually. Once done, you are presented with a list and a log of all files being changed, so you can review every change and make sure your app works as expected.

*The tool is built on top of the Roslyn compiler platform which forces some minimum requirements:

I welcome you to try this tool with your existing applications. We really appreciate your feedback on it, as it will help us better shape the Converter Tool roadmap.

Another new addition to the suite is the brand new RadCardView control, whose purpose is to present data in a card format (think of the contact cards in Outlook). It also provides editors to edit the data fields. The control is based on RadListView, which provides some of its existing functionalities like sorting, grouping, filtering, data binding and unbound mode right out of the box. Of course, fine grain customization is available so you can style your cards and their layout the way you like.

Each card holds an element based on RadLayoutControl, which allows both design time and runtime customization of the card template. This provides easy card setup at design time and also allows the end-users to rearrange the cards layout at runtime according to their preferences. Furthermore, using the layout control abilities delivers the variety of items it supports to better shape your cards—control items, labels, separators, group items and tabbed groups. 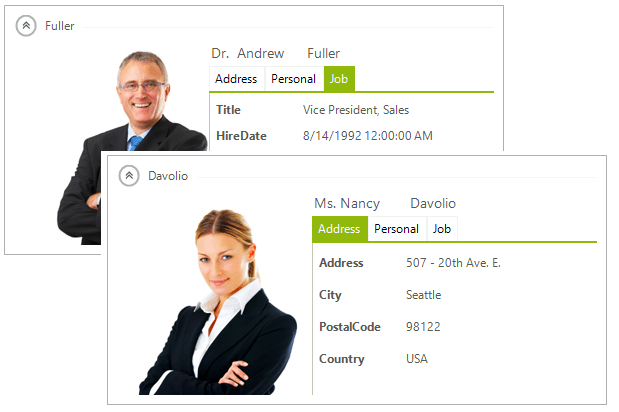 RadCardView supports both vertical and horizontal flow layout for its cards.

A popular request we had is to add a circular waiting indicator similar to the one in Windows 8 and above. When discussing this request we came to the conclusion that just one indicator is not enough, so we decided to add seven new cool waiting indicators to the control, so you now have 10 predefined styles to choose from.

Just like the existing indicators, the new ones are highly, and I mean highly, customizable in a variety of ways. You can add/remove additional elements, change colors, shapes and so much more. In addition, when RadWaitingBar is added to the form you will be presented with a convenient gallery to pick the indicator you like the most and to fine tune it, should you decide to. 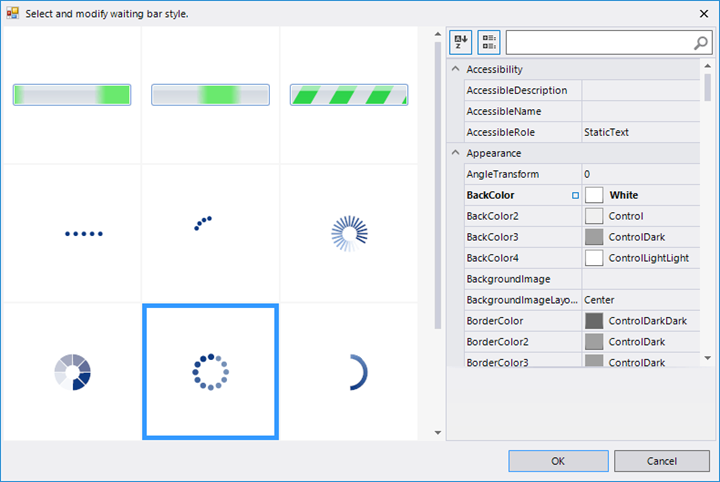 And that’s not all. We have added a really neat feature to RadWaitingBar, which allows you to associate it with a particular control. When its StartWaiting method is called, the waiting bar will be shown at the center of the associated control.

RadVirtualGrid was released back in R1 2016 as a beta. It was packed with new features in the Service Pack and now it is further polished for its official release. I hope you enjoy our new component and feel free to send over any feedback you have about it.

This new library is delivered as new assembly (Telerik.Documents.SpreadsheetStreaming.dll), and its purpose to allow the creation of big spreadsheet documents and to export them to the most common file formats (XLSX and CSV) with great performance and minimal resources. To achieve its outstanding performance and low memory footprint, the library directly writes the necessary content in a stream without creating an object model for the whole document.

In this release we also introduced new design for our visual studio extensions, which aims to make your getting started experience even better. 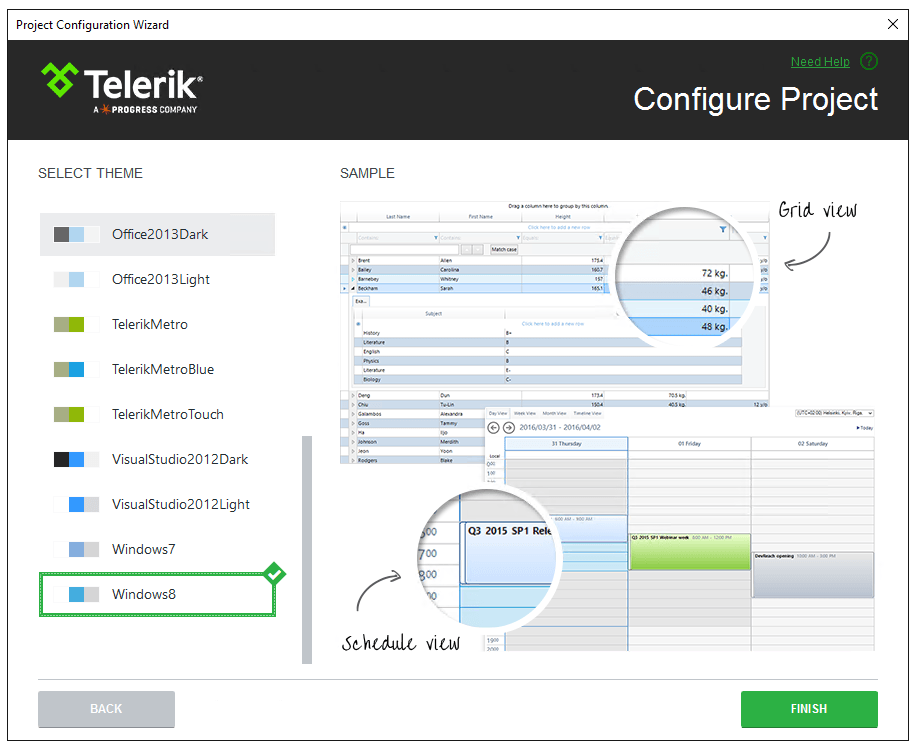 It has been a year and a half since we have marked RadRichTextBox as obsolete, and I would like to once again invite you to switch to the improved editor control—RadRichTextEditor. RadRichTextBox will be removed from our code base soon.


Hurry up and give our latest bits a try (for new users you can download a trial). As always your feedback can be submitted in our Feedback portal.