Let Us Take You on a Trip to Mars 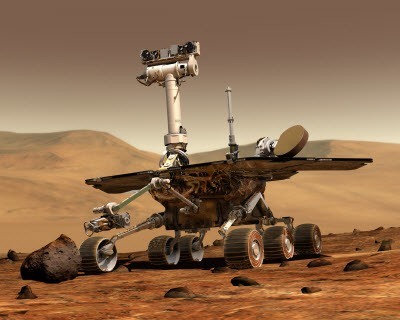 The NASA Mars Exploration Rover had to complete its mission to Mars in 90 days. As part of that mission, a tool was created to capture all of the data and imagery, for use by future scientists and novices, alike. The initial 90 days came and went, and today—more than 10 years later—that same system has collected and harnessed countless operations, images and data points.

So how is all this data organized and maintained? Is it accessible to all of us, so we can see and feel what it’s like to be on Mars? But of course!

The PDS team selected Telerik to create a robust web-based app for easier accessibility and usage of critical mission data. The Analyst Notebook also enables future scientists to find, understand and use the data—despite being unfamiliar with the original experiments.

Since deployment, NASA PDS has seen many benefits and expanded upon the initial technology in many ways. Tom spoke about his work during a recent Telerik panel session, in which he pointed out the importance of developing such a tool as an integral part of the data collection process.

Tom even went so far as to quip that he is not a developer by trade, but with Telerik, he can have “magical developer skills."

Tom has spoken numerous times on his work. To get the full story:

You can also visit http://pds.nasa.gov/ and check out the data and images collected for yourself.