But what is really different in the new Graph item and how it is to be used? Let’s dig into its integral parts and powerful features, which will allow you to create amazing OLAP (and not only) charts quicker than ever before. Most of this blog would be chart theory and may sound familiar, but we will go over it anyway :) 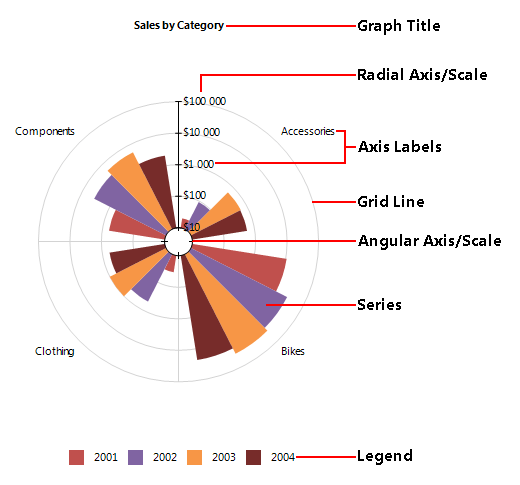 The data point in the Cartesian coordinate system is represented by an ordered pair of two coordinates (x, y).

The data point in the Polar coordinate system is represented by an ordered pair of two coordinates (r, ϴ).

The coordinate system also defines the default appearance/style of the two axes.

The Axis
The coordinate axis or simply axis represent a single dimension of the coordinate system.
An axis consists of:

Scales define how the data is projected on the corresponding axis that is how the data from the user domain is converted to coordinates.
According to the type of the input data there are 5 types of scales:

Legend
When the data appearing in a chart contains multiple variables, the chart may include a legend. The legend contains a list of the variables appearing in the chart and an example of their appearance. This information allows the data from each variable to be identified in the graph.

Title
The Graph item can have one or more Titles that provides a succinct description of what the data in the graph refers to.

Stay tuned
This is the first blog of a series where we will introduce the new Telerik Reporting Graph item powerful features. 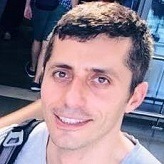 Petar Raykov is a Software Developer in the Telerik Reporting division. He has been working on Telerik products since 2010. Off work he enjoys traveling, hanging out with friends and reading.