Bringing Windows 8 UI to Windows 7 with RadPanorama for WinForms. Today.

Or how to uncover the touch horizons for your applications.

The once unnamed RadPanorama control is here to make your Windows Forms applications rock! Together with the Touch API we have introduced in our previous blog, it brings the full power of touch-optimized applications to your Windows 7 users.

If you have not heard anything about RadPanorama before, let us introduce it with a few words. Basically, this new control allows you to represent a small amount of data in the form of tiles that the end-user is able to smoothly scroll left or right with a gesture, just like in Win8, and to reorder the tiles with drag and drop. Let’s now analyze each of the features in greater detail:

The idea of the touch scrolling support is to allow your end-users to smoothly scroll the displayed tiles left or right. You do not need to look for a scroll bar as the pan operation can occur directly on the tiles: 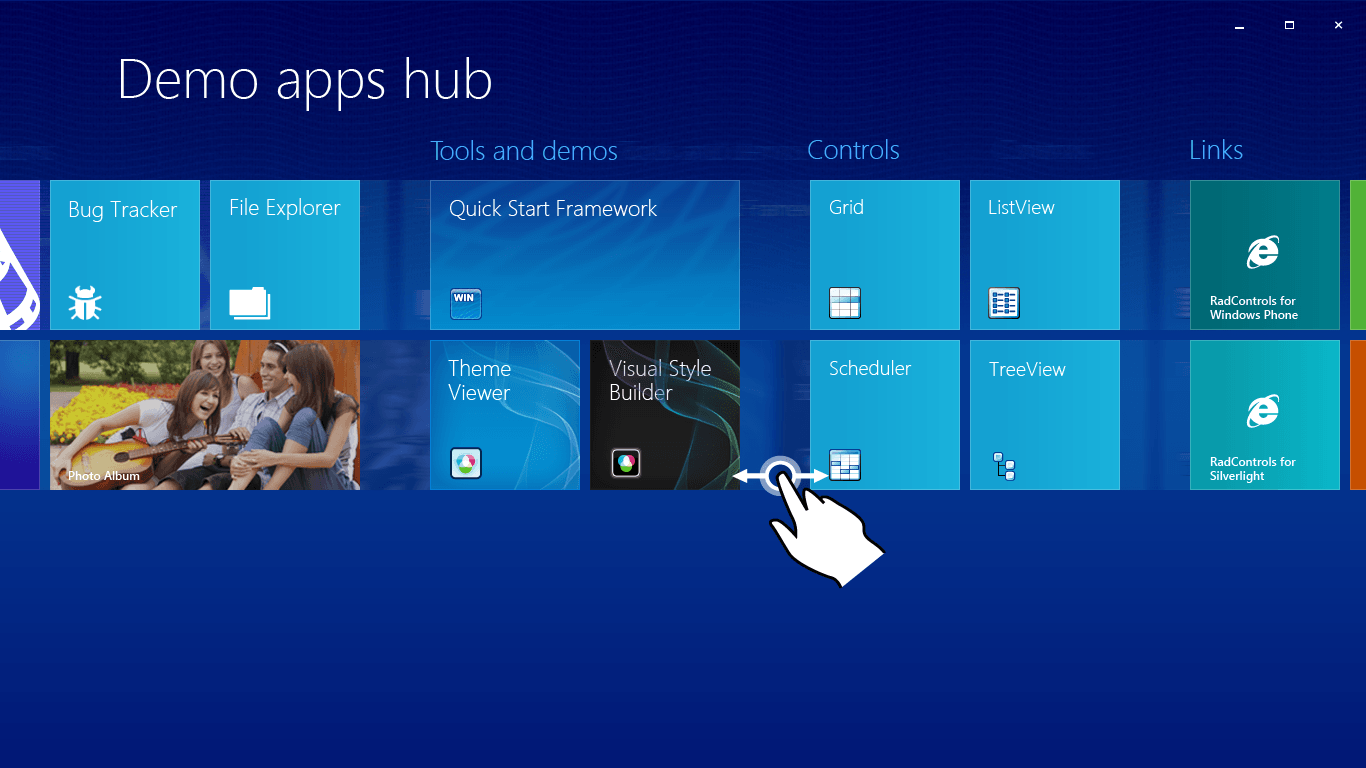 This cool multi-touch feature allows you to see all tiles at once by pinching (zooming out) the initial view. It comes in handy when you want to get an overview of the existing tiles and if you are looking for a particular tile in a long list of tiles. The latter case has been considered when the zoom-in feature was developed. Simply put, after you find the desired tile in the zoomed-out list of tiles, you should just tap it and RadPanorama will zoom in the corresponding part of the list. 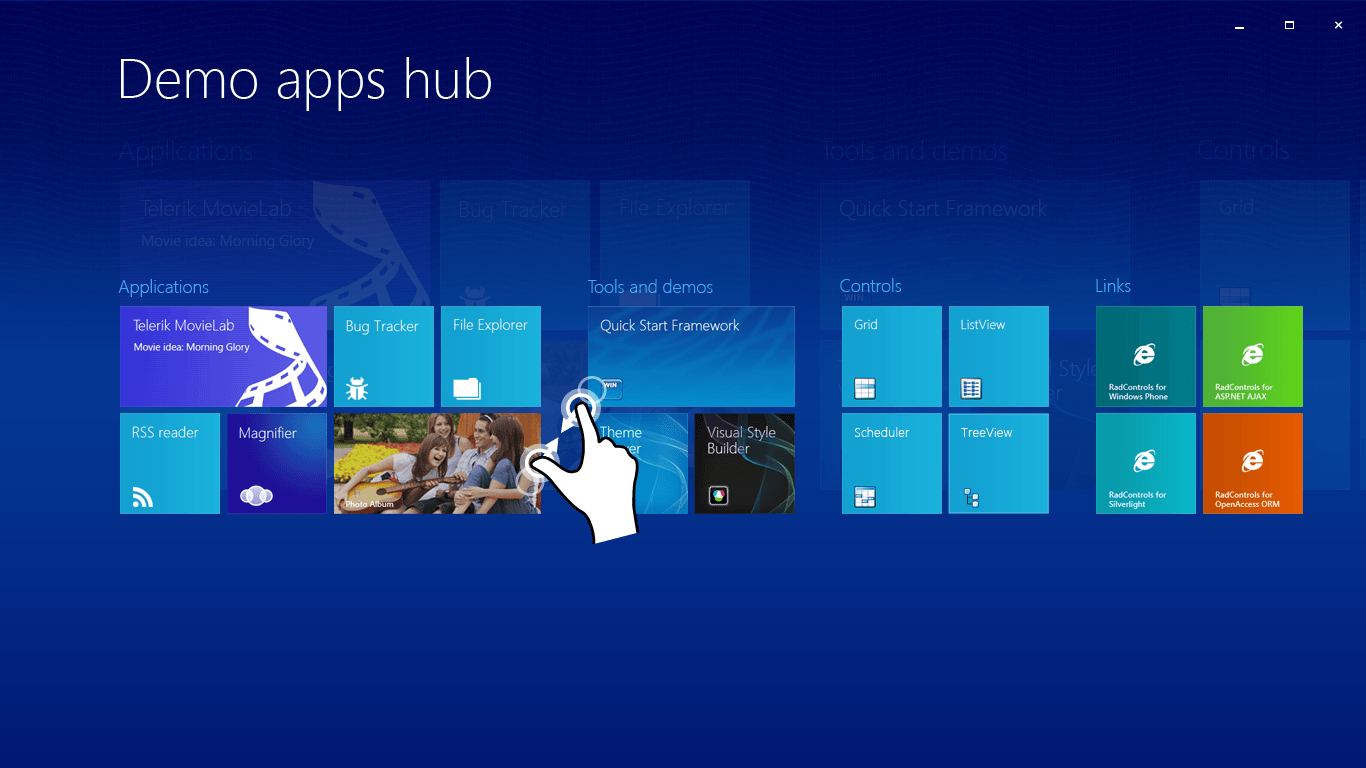 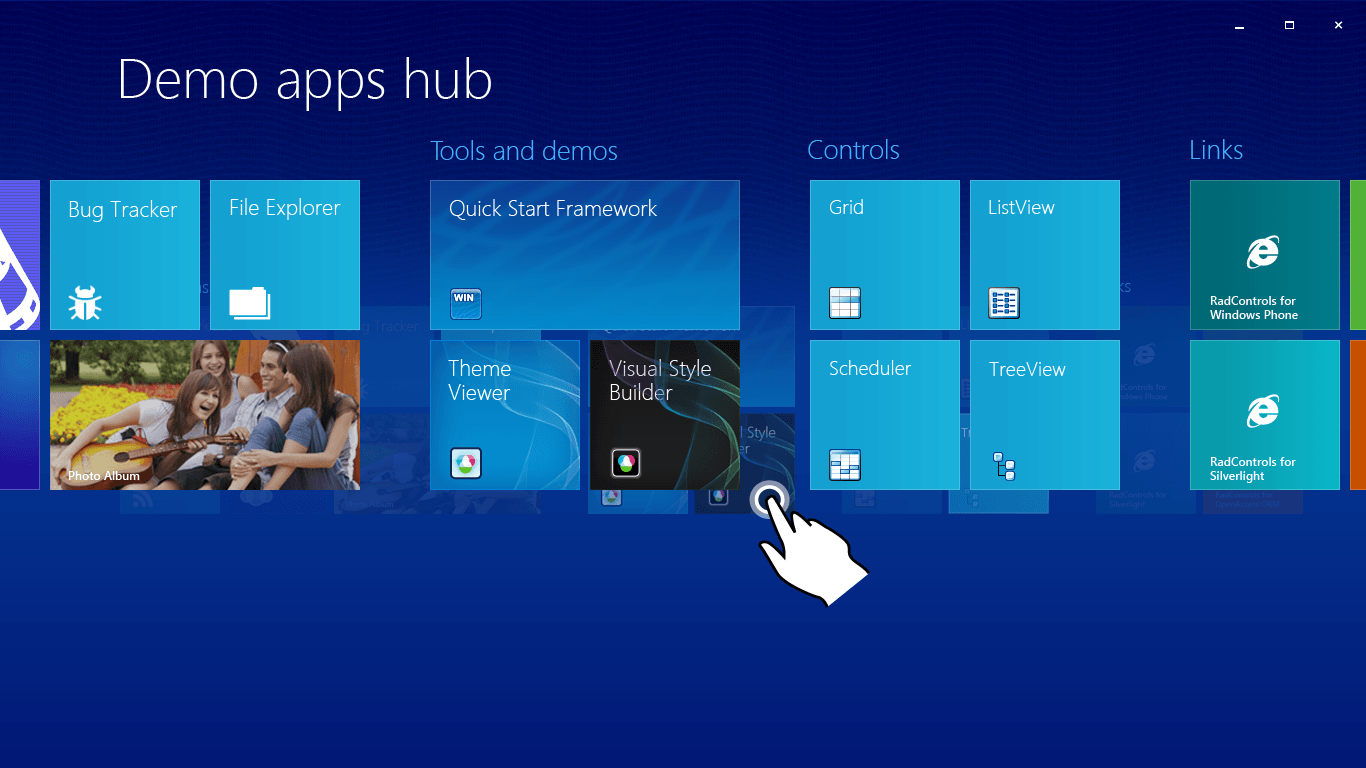 The tiles are not just stacked in RadPanorama - you have the ability to divide them into logical groups. For that purpose RadPanorama introduces convenient design-time support, but in case you are more a fan of coding your stuff, then you can create groups and tiles using the following approach:

The end-user is allowed to reorder the tiles according to his/her preferences with a single gesture. An outline of the dragged tile is displayed to the user to indicate that a drag’n’drop operation is currently occurring. In addition, the remaining tiles are moved out of the way according to the finger position to indicate the possible drop target. 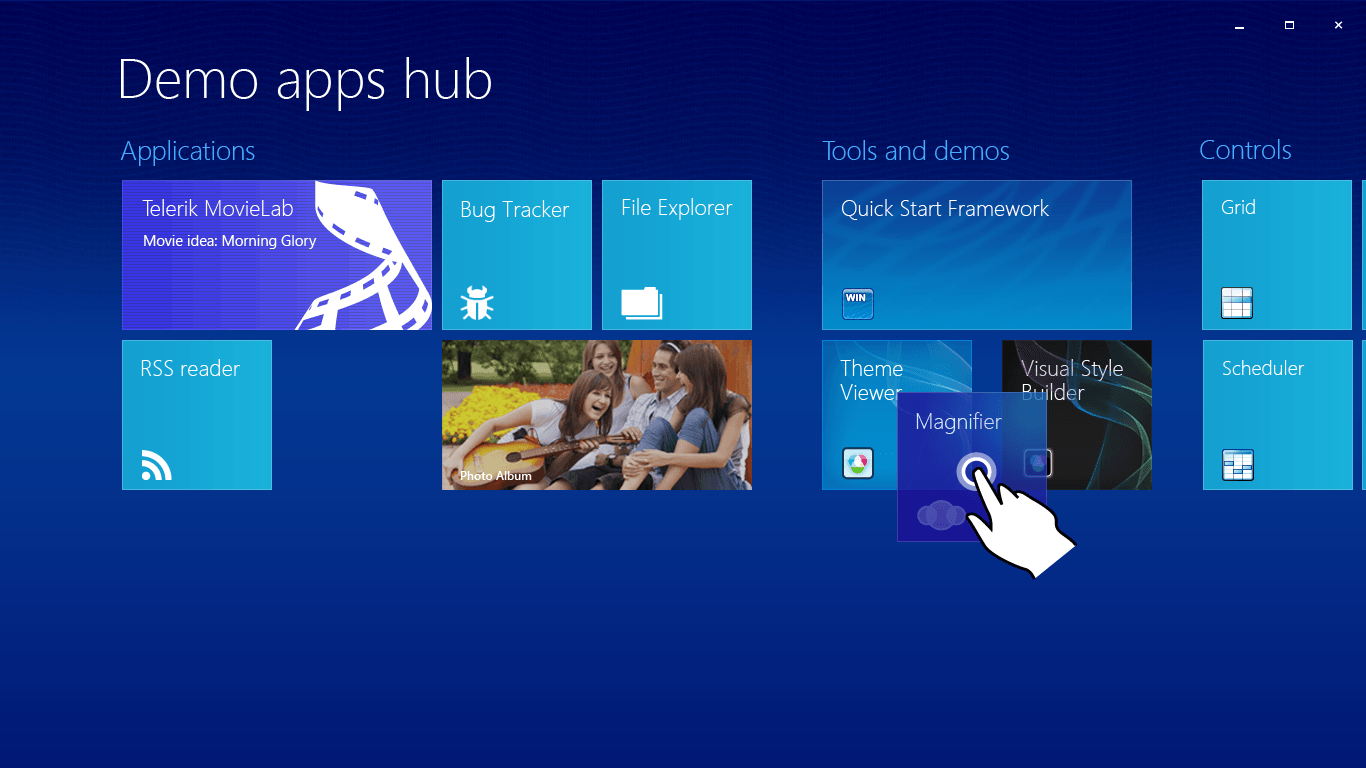 RadPanorama supports ‘live’ tiles. These tiles can rotate images and texts which is appropriate when you want to catch the attention of the user or when you want to display up-to-date information to the users.

You can handle the click events of the tiles to run any application you need. You can also make these applications touch-enabled for fully immersive touch experience, but with Windows Forms.

We hope this new cool addition to our suite will become an important part of your applications. And remember, it works under Windows 7 as well!

Are there any other features you would like to see in RadPanorama?