New Release! Check out the new components and features & sign up for the Telerik - Reporting, Testing, Mocking tools & Fiddler release webinar on Sep 30 to see them in action!

Test new features and legacy code by inspecting network traffic and composing rules to diagnose potential problem scenarios, before they occur in production.

Use Fiddler Everywhere to test applications by capturing HTTP/S network traffic. Look beyond the UI by capturing and analyzing network traffic which contains all the communications between the frontend and the backend. Find which requests are failing, which API is responding slowly, which API is returning an invalid response, and help your dev teams to reproduce the issues. 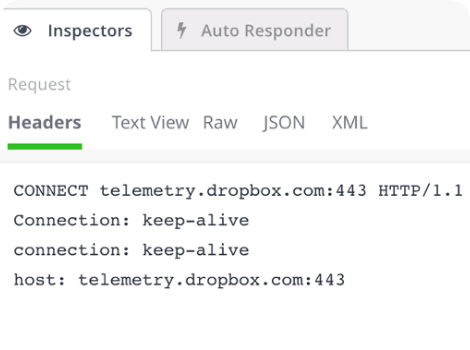 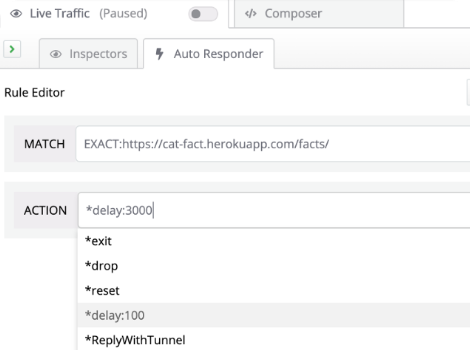 Testing applications for an “unhappy path” is equally important as testing for a “happy path”. Fiddler Everywhere helps application testers test complex scenarios such as a disconnected network, how an application behaves under low latency conditions, and when an unexpected response is returned by the server.

Analyze captured traffic by setting filters, highlight the sessions that are causing issues, and add more context to your analysis by adding comments. 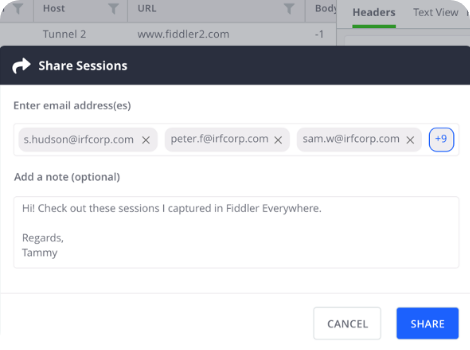 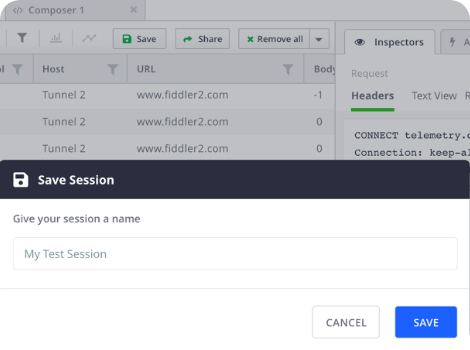 Sharing the logs with your development team is seamless and contextual with Fiddler Everywhere. No more attaching logs to emails or support tickets; share captured traffic and context that was added with the click of a button.

Fiddler Everywhere’s Rule Builder enables you to identify/intercept traffic and have the debugging proxy respond on behalf of the remote server. Create rules that automatically trigger a response by returning a previously captured session, status code, local file, and so on — all without touching the server.