We've added or enhanced a number of components with the first release of the year for Kendo UI for jQuery. Check out what's new.

A new year brings new goodies with Kendo UI! In this blog post I want to jump into a more detailed view of what we have released with R1 2019 for the jQuery components found in Kendo UI. 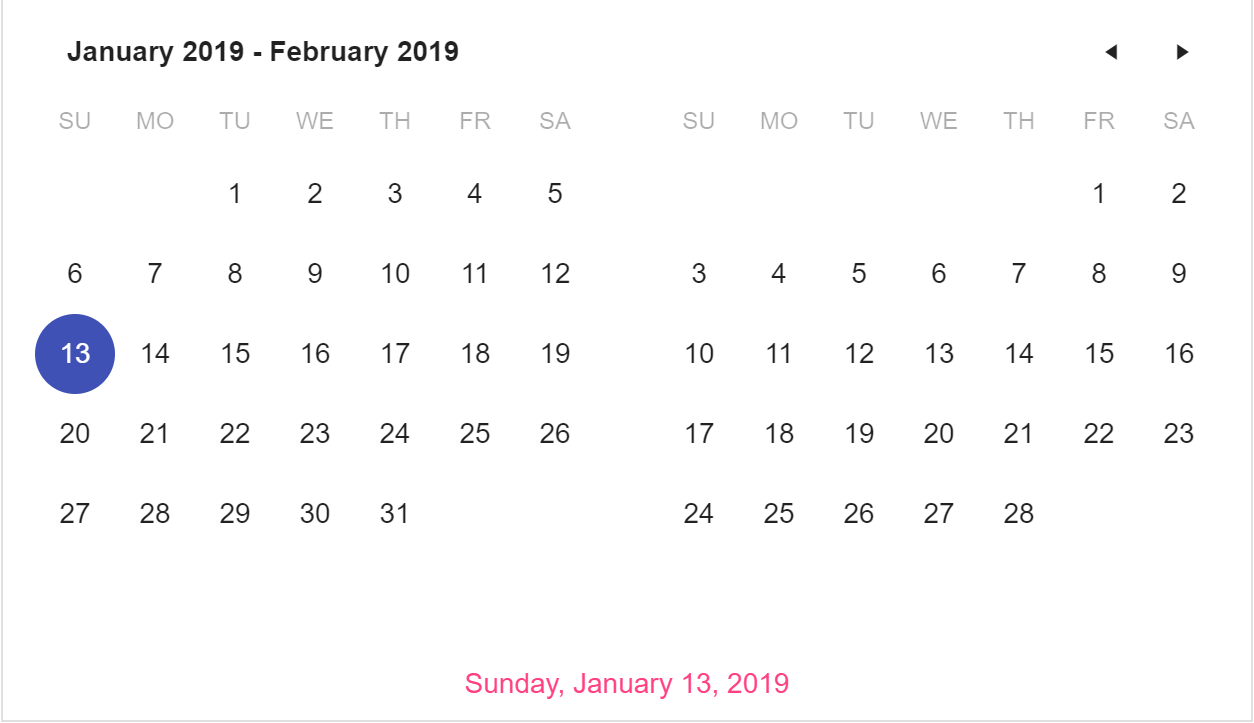 The MultiViewCalendar component is built to give users an easier time viewing multiple calendars side-by-side. Probably the most common functionality is to display two months at a time and select a set of dates across the two calendars. 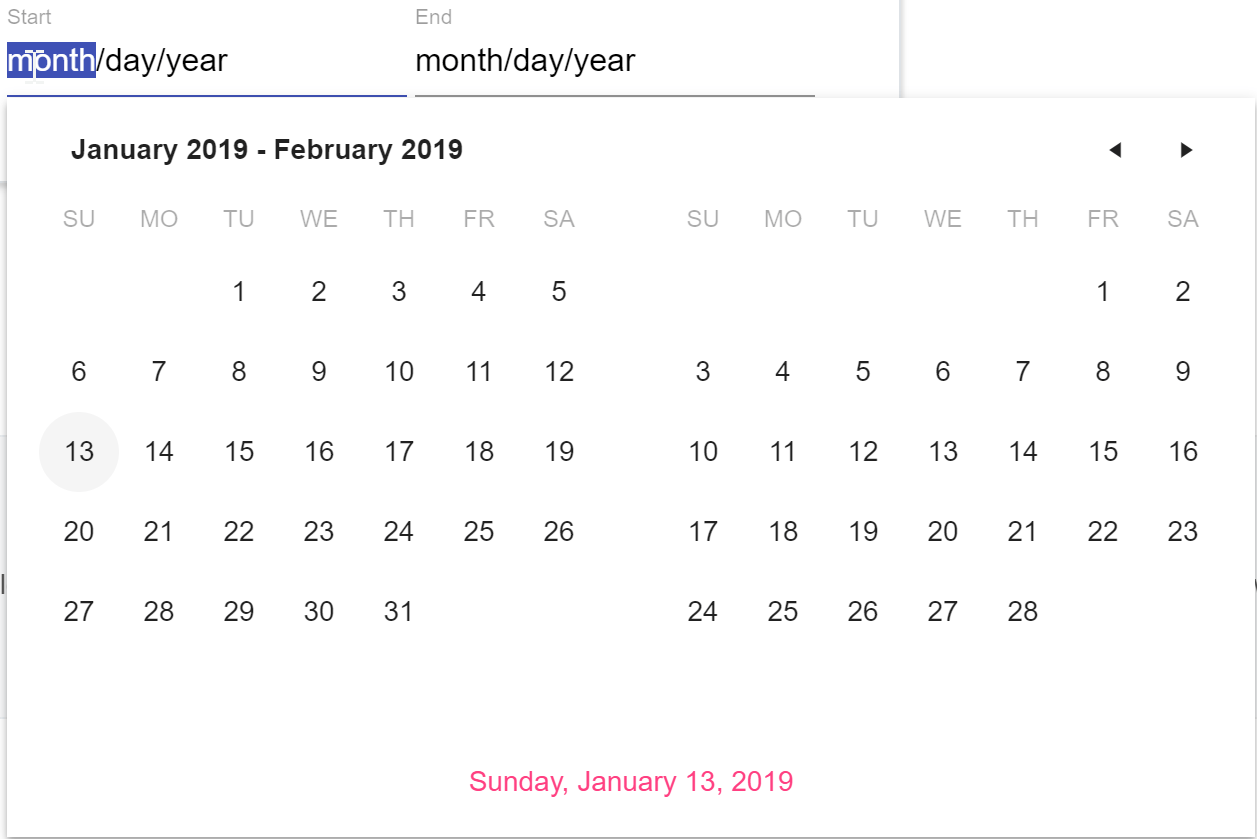 The DateRangePicker takes the idea of the MultiViewCalendar component but adds it in a drop down! Just like with the DatePicker, but of multiple dates. Out-of-the-box this will give users a start and end date, which you as a developer can pull the value from with a single API call.

While it’s a bit subtle, Material Design calls for a “ripple” effect across many of its interactions and animations. Most often this is seen on things like button clicks or selection in check boxes and radio buttons.

Since this effect can be a bit tricky to make yourself we went ahead and created a generic way for you to create a ripple effect across any HTML element! 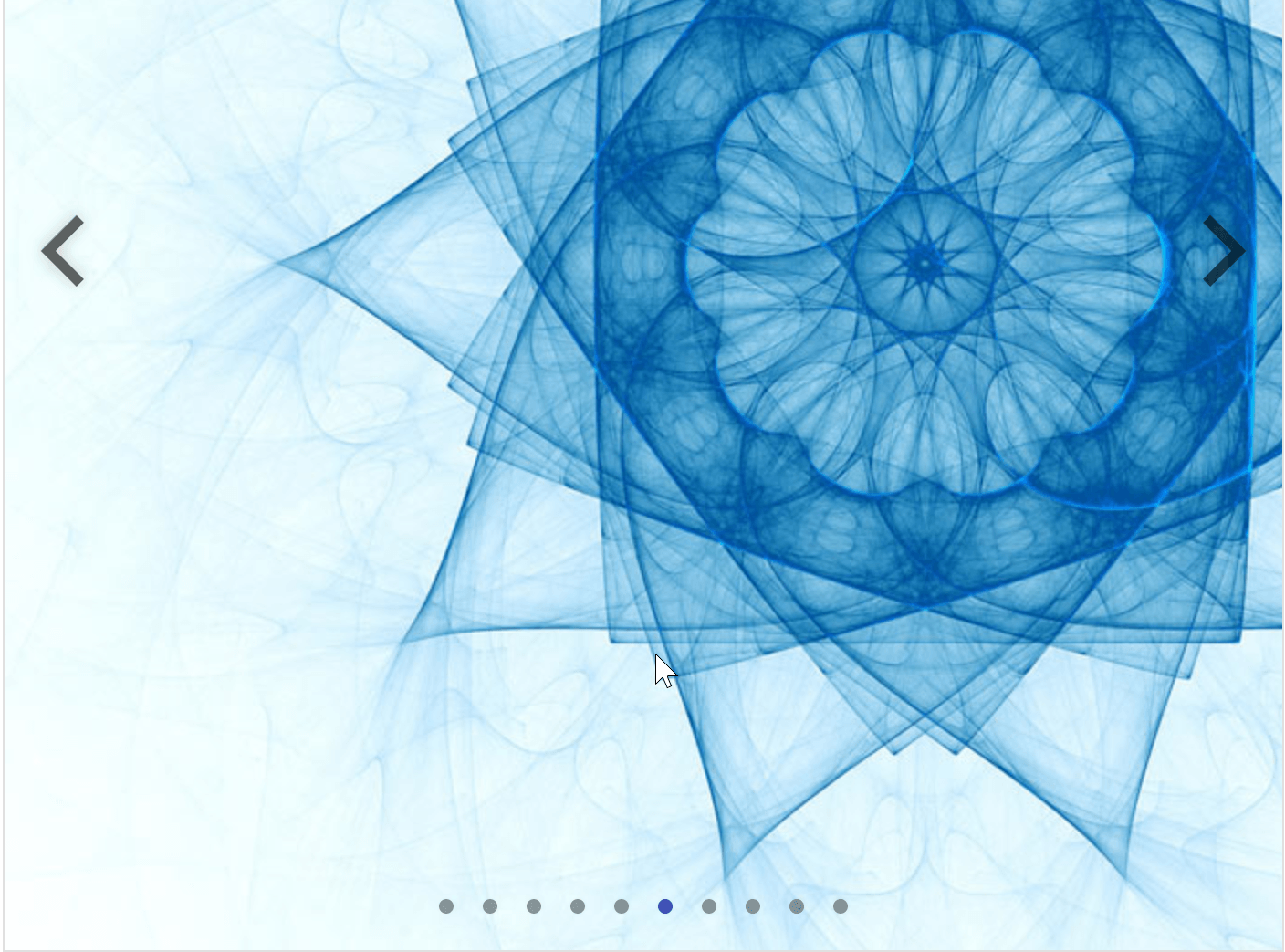 You’ve probably seen something like our ScrollView component before. Easily recognizable by the little dots on the bottom of each image, along with the left and right icons to help scroll between the images, this is an easy way to cycle through many images while only taking up a fixed real estate in your application. This component originates from the hyrid mobile UI library that we’ve offered for a while but we want to bring this over to the regular Kendo UI library to help with adding this in to responsive web applications.

The Switch component has already been available from Kendo UI, but it was a part of the hybrid mobile UI portion. This component is fairly popular across desktop applications nowadays so it’s safe to say that it shouldn’t be available only for hybrid apps. We wanted to make sure this component could be used in web applications without having to pull in additional files.

Material Theme for the ThemeBuilder

There are plenty of you out there using the Kendo UI ThemeBuilder, but in case you’re not familiar the ThemeBuilder is a tool that let’s you completely customize any of the Kendo UI themes to fit with your design guidelines with just a couple of clicks. All components are rendered out on the page and whatever changes you do to the theme will automatically be shown in each of the components.

While we’ve had the ThemeBuilder for quite some time, the ability to customize the Material theme was not available. Well, that was true until the R1 2019 release! Head over to the ThemeBuilder and you’ll see a whole set of available color swatches for the Material theme along with form elements to update the theme with color pickers or HEX values.

We have included a ton of bug fixes and various features across all Kendo UI components, but here are a few additional highlights:

Join us for the Webinar

I tried to cover all the important bits in this blog post, but there’s a ton more that came out with the R1 release! For a look at all the goodies I mentioned here, plus more, you should sign up for the R1 2019 Kendo UI release webinar that we’re hosting on January 22nd at 11 AM ET. Seats are limited so make sure that you reserve your seat today! If you just can't wait, feel free to download the latest bits or jump into a free trial today and let us know what you think.