As a trusted .NET vendor, we've long been preparing for Windows 10, and now the Telerik® UI for Universal Windows Platform has officially graduated from Beta. Read on to learn about how you can use these powerful features in your Windows 10 app development.

Windows 10 has already been here for about half an year and is showing a great adoption rate, breaking a record in the first month since its release. As a result, Windows 10 now has about 10% of the Operating Systems market share, which is quite good for an Operating System just half a year young. Windows 10 runs on a broad range of devices including phones, tablets, desktops and IoT (like Raspberry PI 2).

Quite expectedly, as a trusted .NET component vendor, since the dawn of Windows 10 we've been getting requests about introducing a suite of controls dedicated to Windows 10. Of course we were prepared for this, so soon after the Windows 10 release we published a CTP of UI for Universal Windows Platform—our suite of Windows 10 components. This was followed by a Beta version in mid-November. And here we are now—announcing the first official release of UI for Universal Windows Platform!

The UI for Universal Windows Platform suite contains nearly all the controls you're used to from our suite for Windows 8.1, UI for WU. Namely, more than 20 great feature-rich and robust controls, including:

A new addition to UI for UWP as we debut the official release is a Beta of the DataGrid control, which has been optimized for the desktop and tablet form factor. 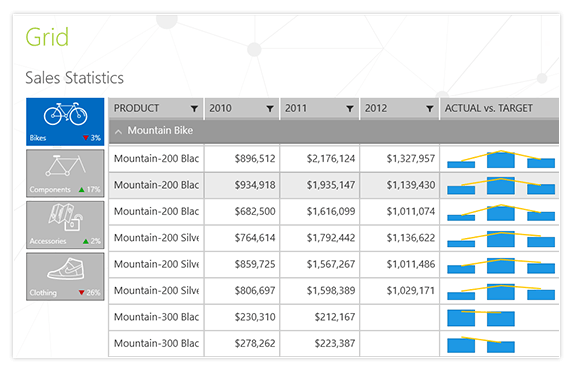 I am glad to inform you that the official release of the DataGrid will arrive as part of the Q2 2016 release due in the beginning of May. At that time we'll enhance the DataGrid for the phone form factor as well, making it a fully responsive control. 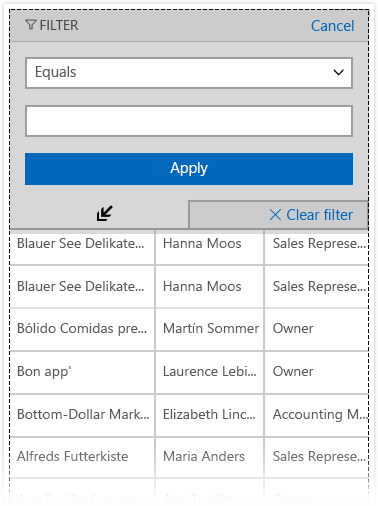 The UI for UWP comes in two versions—A Free Trial, and a Paid License:

With the Trial version you get a fully-functional copy of the product that occasionally displays a Trial message. You can start your Trial now and get the bits from here.

With the Free Trial you get 30-day support in the form of forum threads or support tickets, where you can expect a reply from us in 72 hours from the moment you post your question.

In the Paid version you can expect all you had in the Trial version, but it is free from the Trial message.

Being a customer with a paid license you get access to our forums and support ticketing system, where using the latter will allow you to get a reply from us in 24 hours from the moment you ask your question.

You can purchase UI for UWP for $599, or if you are interested in more products from the Telerik portfolio, you may opt to buy a larger DevCraft license that will give you access and support to more than 20 products (depending on the tier). For more information, please check the pricing page.

As with the rest of our .NET products, the Paid license gives you access to the source code of the UI for UWP controls.

A demo application of developer-friendly examples of the code, which you can easily reuse in your applications, will be available soon.

UI for WU vs. UI for UWP—The Difference in a Nutshell

So, what are you waiting for? Go get a Trial and start making your UI for UWP apps now!