Theming Improvements and Effects in UI for ASP.NET AJAX


The second major release of UI for ASP.NET AJAX for 2016 is here, including a new Ripple effect in the Material theme, Theme Builder enhancements, improved controls and a new Outlook-inspired Visual Studio layout template.

As a Product Owner, I know how important the stability, overall look and performance of the UI components are for you, your managers and of course your clients. That is why we invested a serious amount of time during the last year to not only improve the UI and UX and limit the known bugs, but also to modernize the rendering and to ease the appearance customization.

We've got a lot of enhancements for you as part of R2'16, so let me dive deeper into the highlights.

During the R2 session, we utilized the time to:

We also worked on many more changes with the sole purpose of making the appearance of your apps better, modern and pixel perfect.

RadGrid now offers improved resizing performance, improved performance when RadRating is used inside the grid with enabled virtualization, and performance-optimized usage of the client set_value method of RadRating in GridRatingColumn.

For ease of use, we've added a built-in print button too:

You can now populate the spreadsheet through the popular XLSX format on the client via the built-in MS Excel Import functionality. Yet another nice feature is that you can style the spreadsheet with any of the available built-in themes in the suit:

The end-users are going to enjoy the improved UI for table editing and management, which will enrich their experience in desktop and mobile environment. The table wizard and editing features have been renovated and are easier to use than ever. We've also replaced the old context menus of RadEditor with RadMenu, which is not only more flexible, but also introduces support for sub-menus and easier skinning. 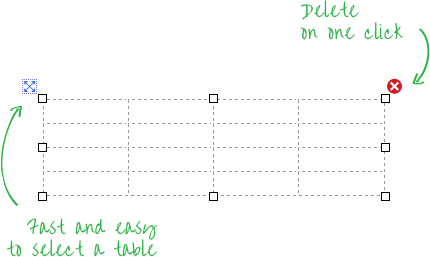 The Outlook-inspired template joins the power of some of the most popular controls in the Telerik UI for ASP.NET AJAX suite to create one of the most recognizable applications in the world—Microsoft Outlook. You can easily spot how RadGrid, RadButton, RadInput, RadScheduler and RadCalendar blend seamlessly.

The Visual Studio template can be used as a layout for a quick start of any other business application. The layout template is a light version of the WebMail sample app, built with Telerik ASP.NET AJAX components.

Curious to learn more about the release? Follow the links below:

If you have questions or comments regarding the R2'16 release, post them below. I'll be glad to answer them.

You can also post your suggestions or feature requests as well as vote for the existing ones in the AJAX Feedback portal.