Swift Support and Chart Improvements in UI for iOS Q3 2014

The last few months were pretty exciting times for the iOS developer. In June 2014 at WWDC Apple introduced a bunch of new great stuff including HealthKit, Xcode 6 with playground functionality, AppleWatch and a brand new programming language called Swift. June 2014 was also exciting for Telerik as we introduced the first official version of UI for iOS – our suite of native iOS components. Back then we started with Chart and Calendar, two controls very suitable for a HealthKit app.
In Q3 we continue adding more feature and enhancements supporting your iOS development. Let‘s take a look at what’s new:


Support and support materials for the Swift language

Right from Day 1 when Swift was announced, we came out with a Swift getting started tutorial, which proved that UI for iOS runs with Swift flawlessly. With Q3 2014 we officially start providing technical support, documentation and examples in Swift. To let us know that you want an answer in Swift, just choose the appropriate option when you submit your query:

Here is how the UI for iOS Documentation looks with the Swift code snippets enabled: 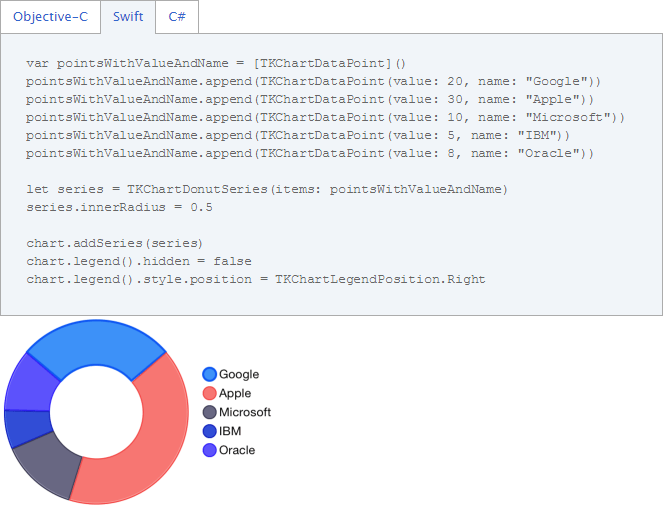 Don’t forget to check the Demo application which is written completely in Swift and it’s shipped with the suite. 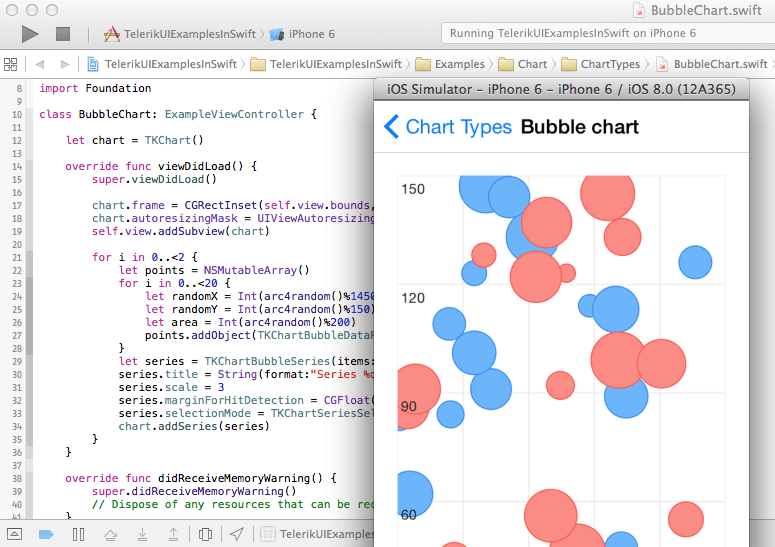 Understanding data the right way is crucial and appropriate data visualizations are a must. This is where Telerik Chart for iOS plugs in. But in order to allow you to understand the data even better on the small device surface, in Q3 2014 the Chart control comes with the Point Labels feature. Now you can easily see the exact values of your Bars, Lines and other series types. Thanks to the flexible architecture and API, you can plug into the Point Labels renderer and customize it the way you want, for example, by adding a custom animation behavior as shown below:

DataSync (Beta) - no longer a part of UI for iOS

The DataSync component is extracted from UI for iOS to become a stand-alone product. More information will follow soon.

This release also comes with lots of other smaller fixes and enhancements. You can find the full UI for iOS Release Notes here. In order to benefit from all the great stuff, download UI for iOS now [Trial|Paid]!

We’ve created Xamarin wrappers for the .NET developers looking to leverage the power of our native controls in their Xamarin and Xamarin.Forms apps. For more detailed information visit the UI for Xamarin product page.
chart, DataSync, ios, Swift, UI, xamarin

Some Points to Consider Before Implementing a UI in Xamarin Forms