When our frontend makes requests to a backend that lives in a different domain, we'll have to deal with Cross-Origin Resource Sharing (CORS). In this article we'll build an Express proxy that will request stock data from the IEX API on our behalf, and will emit the right CORS headers so that our frontend can access it without problems.

In our last article, we built a React app to render historical stock prices. Everything was working fine, until we encountered an issue when trying to hit the IEX API.

Our frontend (http://localhost:3000) and the IEX API (https://api.iextrading.com/) live under different domains, so the browser applies the same-origin policy and blocks any request going from the former to the latter.

In this article we'll learn how to overcome this issue by building a proxy with Express that will request stocks data from the IEX API on our behalf, and will emit the right CORS headers so that our frontend can access it without problems. 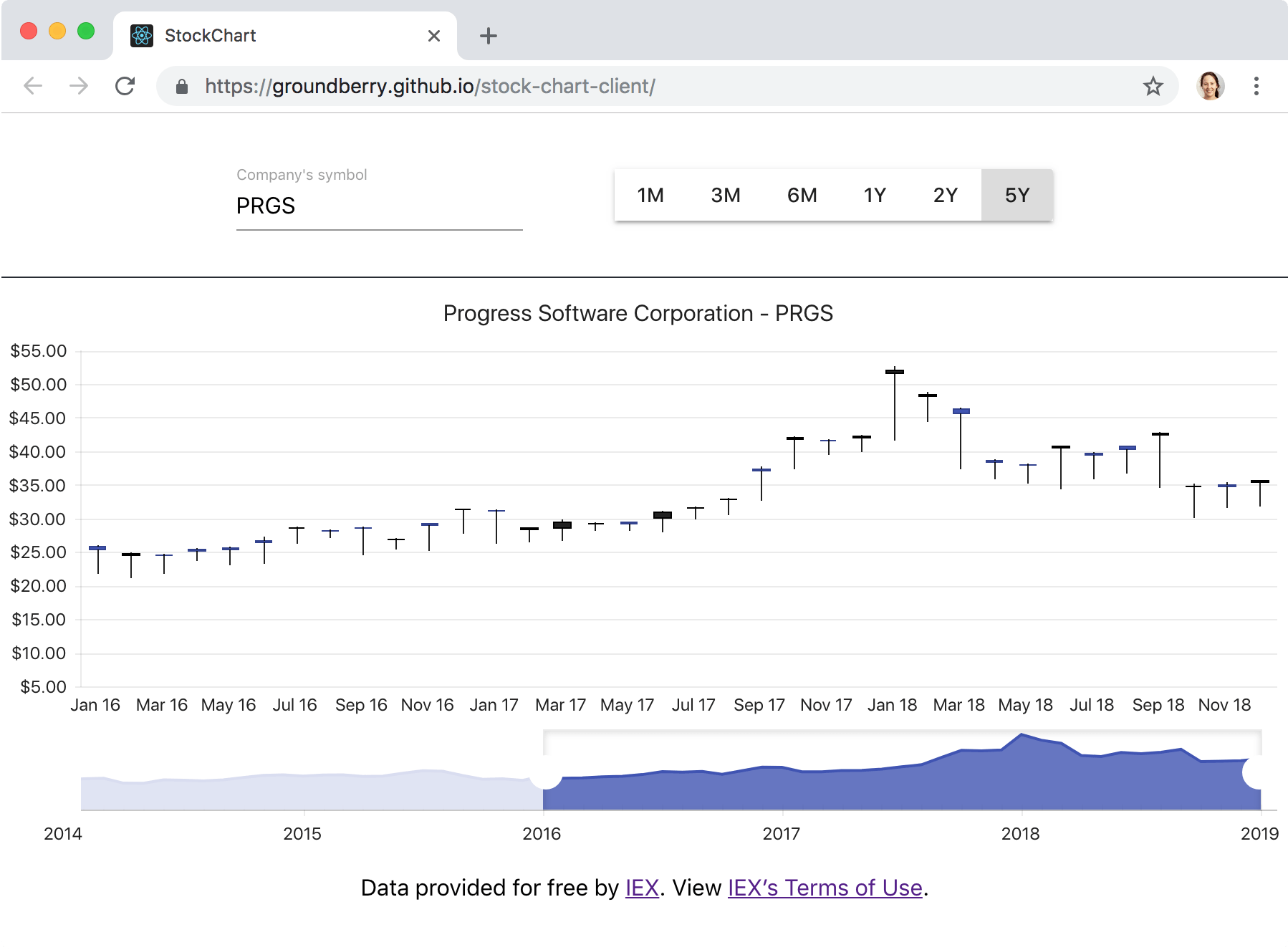 You can see the code for the proxy we'll be building on this GitHub repo.

The MDN documentation on CORS defines it like this:

Cross-Origin Resource Sharing (CORS) is a mechanism that uses additional HTTP headers to tell a browser to let a web application running at one origin (domain) have permission to access selected resources from a server at a different origin. A web application makes a cross-origin HTTP request when it requests a resource that has a different origin (domain, protocol, and port) than its own origin.

Given that CORS headers need to be included in the response we get from the server, and given that we have no control over the IEX API, what we'll need to do is build our own proxy server that forwards requests to the IEX API, but emits the right CORS headers so that the browser doesn't block anything. Then we'll need to make changes to our client so that it hits our server instead of IEX's.

We'll build our proxy server using Express, a really popular Node web application framework. We'll make requests to the IEX API using request, a simple HTTP client. During development, we'll also use nodemon to monitor for any changes in our source and automatically restart the server, which will save us a ton of time.

Let's start our project and install all those dependencies:

While we're at it, we can configure the start script in our package.json to run nodemon:

We'll then write the simplest server possible in that server.js file:

If we npm start and access localhost on port 3001 with our browser, we'll see Hello World! on the screen. If you make any changes to the server.js file now, you'll see nodemon restarting the server automatically. Success!

Making Requests to the IEX API

Our proxy server will listen to our requests, and forward them to the IEX API. Even though the IEX API supports a ton of options, we only care about two pieces of information: the symbol the user entered, and the date range the user selected.

We'll read those two parameters symbol and range from the request query, and craft the appropriate URL for the IEX API. We'll then make a request to that URL using request, and forward the response:

If we start our server now and point our React client to it, we'll still see CORS errors. That's because our server isn't emitting CORS headers yet. Even though there are packages to help us deal with CORS, our needs are so basic that we can emit the necessary header ourselves with this simple middleware:

Now all responses will have an Access-Control-Allow-Origin header set to *, so we'll allow requests from all origins.

In order to deploy this app to Heroku, we'll want to make two small changes:

The first one is regarding the port our server listens to. We had hardcoded it to be 3001, but if you read the docs for Deploying Node.js Apps on Heroku you'll see this bit:

The command in a web process type must bind to the port number specified in the PORT environment variable. If it does not, the dyno will not start.

Our port declaration should be changed to this:

The other small change we'll want to make is to limit which origins can make requests to our server. We've been allowing * until now, but in production we may want to do this:

When running inside Heroku, we can set the ORIGIN environment variable to something like https://groundberry.github.io so that only our GitHub projects can access it. When we're running the app locally, the environment variable won't be set, so we'll fall back to * to allow all origins.

That's it, we're ready to deploy the app to Heroku: