Sands of MAUI is a humble attempt to collect all the .NET MAUI awesomeness in one place. Here's what is noteworthy for the week of April 4, 2022:

The new .NET Community Toolkit is making quite the splash for .NET Developers and the adoration is well placed.

One of the best features of the .NET Community Toolkit is the fact that it has no dependencies on any specific UI frameworks, so it can be used from any .NET app, like Console, WPF, UWP, .NET MAUI, Xamarin, Unity, .NET Framework and more.

Sergio shared the history, inspiration and evolution of the .NET Community Toolkit, before diving into deep dive demos. MVVM support in the .NET Community Toolkit is quite wonderful with Source Generators, Observable properties, Validators and Commands—this takes out the need for a ton of boilerplate code and makes .NET developers more productive.

The Diagnostics and Performance features inspire developer confidence—sounds like the .NET Community Toolkit is shaping up to be a must-have for most .NET development. 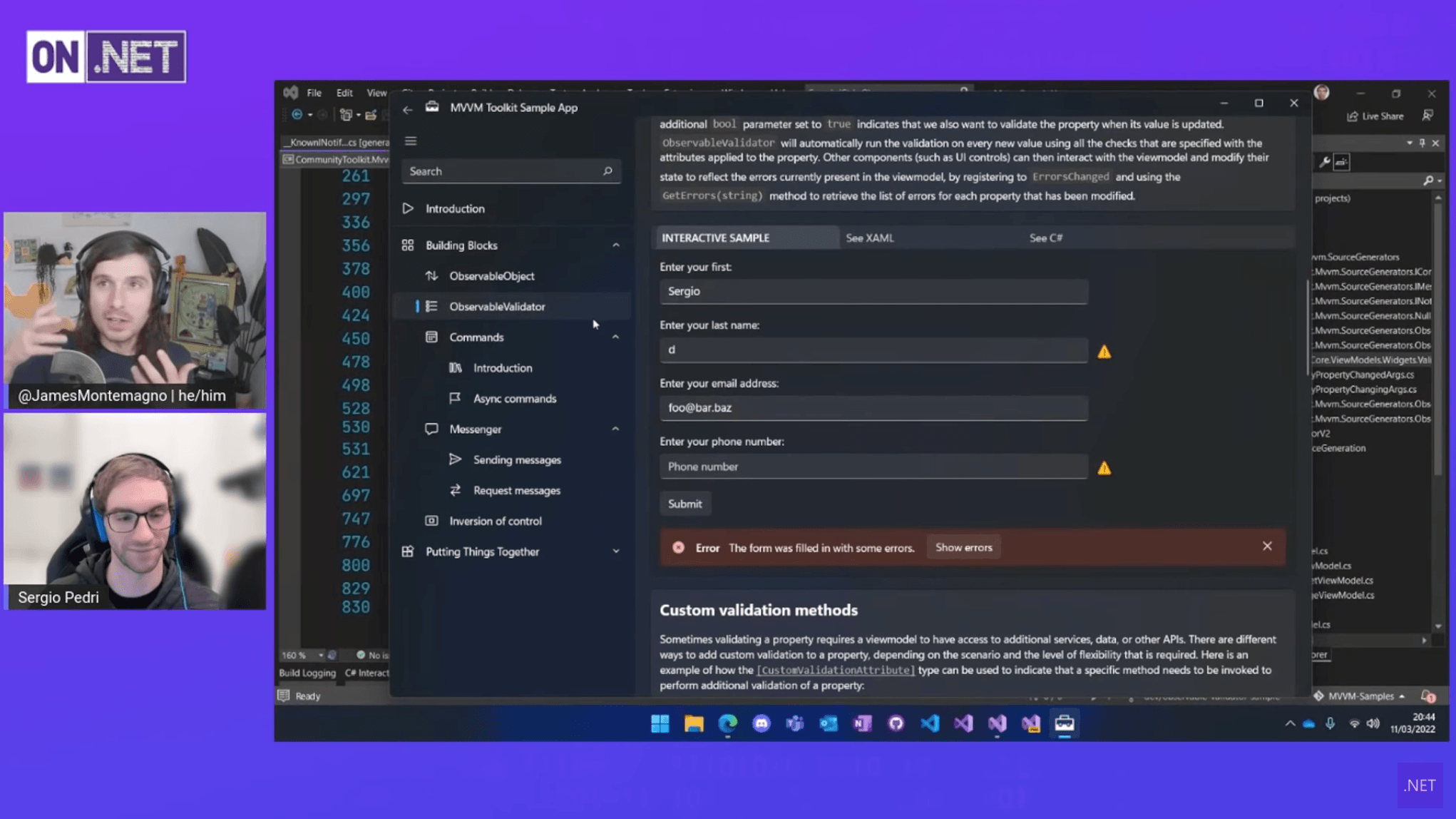 The three musketeers—Matt Soucoup, James Montemagno and David Ortinau, got together for Episode 109 of the .NET MAUI Podcast.

On the cards was covering all the goodness in .NET MAUI Preview 14 release—from Menubar for Desktop apps to the evolved .NET MAUI Essentials for accessing native APIs. As .NET MAUI inches towards Release Candidate and General Availability, it is so nice to see the progress across framework and tooling—and the .NET MAUI Podcast is the perfect way to catch up on all the latest.

Give the podcast a listen, folks, and stay tuned to all things cool for .NET, and in particular, the .NET MAUI development stack.

With .NET MAUI inching closer to General Availability release and framework/tooling stabilizing, a lot of developers are beginning to tinker with .NET MAUI. Wouldn't it be nice if you could spend a whole day learning and getting in the weeds with .NET MAUI?

While James is not the first to run .NET MAUI workshops, his content may be covering most of the basics and giving developers a real-world feel of how it is like to develop on top of .NET MAUI.

After a brief introduction to .NET MAUI and a guided setup, developers can be on their way towards building a .NET MAUI app that displays a list of monkeys from around the world—complete with pulling down JSON from a RESTful service to using .NET MAUI Essentials to find the nearest monkey on a map.

Like Xamarin.Forms to .NET MAUI, this workshop is the evolution of the long-standing Xamarin workshop—but delightfully utilizes all the things that makes developer lives easier. Better still, the GitHub repo for the workshop is also great for anybody looking to run a workshop on their own—go teach some .NET MAUI. 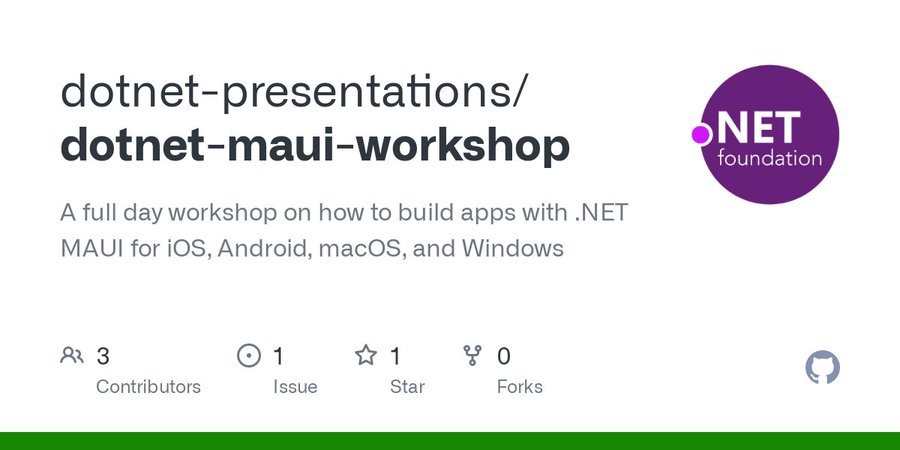 Heading towards high quality General Availability release, the focus is on improving the quality of the Visual Studio 2022 for Mac with every release—it is easy to report problems and lot of issues are getting fixed.

What is exciting for .NET MAUI developers, however, is what has crept into the Preview builds of Visual Studio for Mac. While Xamarin and Xamarin.Forms tooling support is making an official comeback, support for .NET MAUI is making steady progress. As developer Damian Antonowicz pointed out, it is now possible to build and debug .NET MAUI apps within Visual Studio 2022 for Mac—in preview state, but hallelujah! 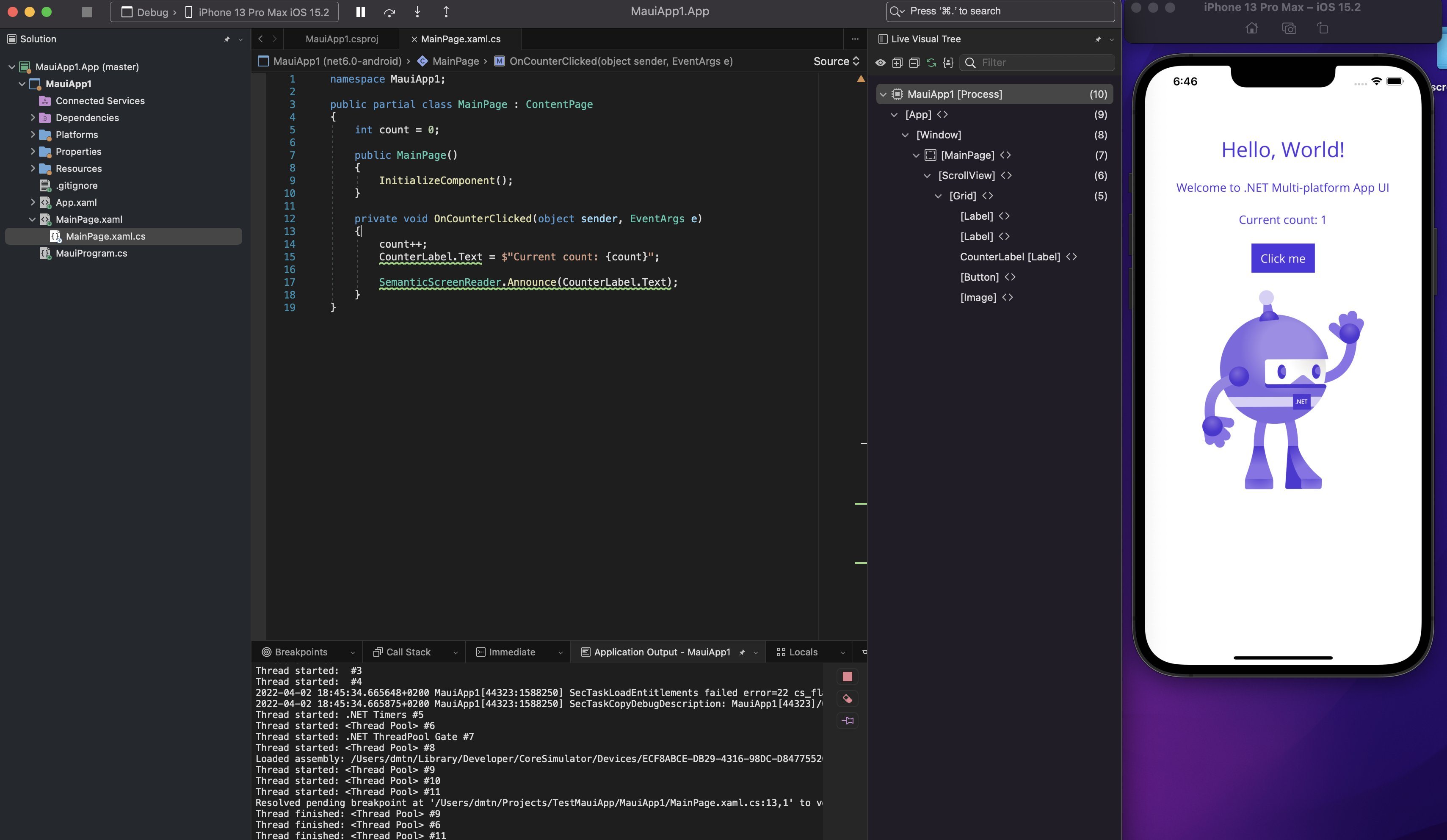 There is a new 0.6.0 release out for Telerik UI for .NET MAUI, and Yoan Krumov wrote up the announcement post. There is now support for the latest .NET MAUI Preview 14 runtime and a bunch of new UI components for developer productivity.

There is a new DateTimePicker component, providing users with an easy and intuitive way to pick a date, time or combination. Additionally, all other Picker controls—like DatePicker, TimePicker, TimeSpanPicker, ListPicker and TemplatedPicker—are now optimized to work on desktop. This means the same UI components can now be used interchangeably on iOS/Android, but evolve functionality to work seamlessly on Windows and MacOS.

There is also a new Entry component—a full-featured UI with support for passwords, keyboard, predictive text, validation, Commands and more. Most UI components are now rendered with the new .NET MAUI Handler architecture—things are shaping up nicely for developer ammunition ahead of .NET MAUI General Availability.