Sands of MAUI is a humble attempt to collect all the .NET MAUI awesomeness in one place. Here's what is noteworthy for the week of March 21, 2022:

There is much to rejoice as .NET MAUI slowly reaches Release Candidate release status—this release includes a hefty volume of issue resolutions and completed features.

.NET MAUI Preview 14 caters to desktop developers: There is a brand new Menubar that appears on top of the app window on Windows/MacOS. Any ContentPage that is a NavigationPage or hosted in a Shell can earn a Menubar for desktop platforms—the Menus can be defined in XAML or C#. 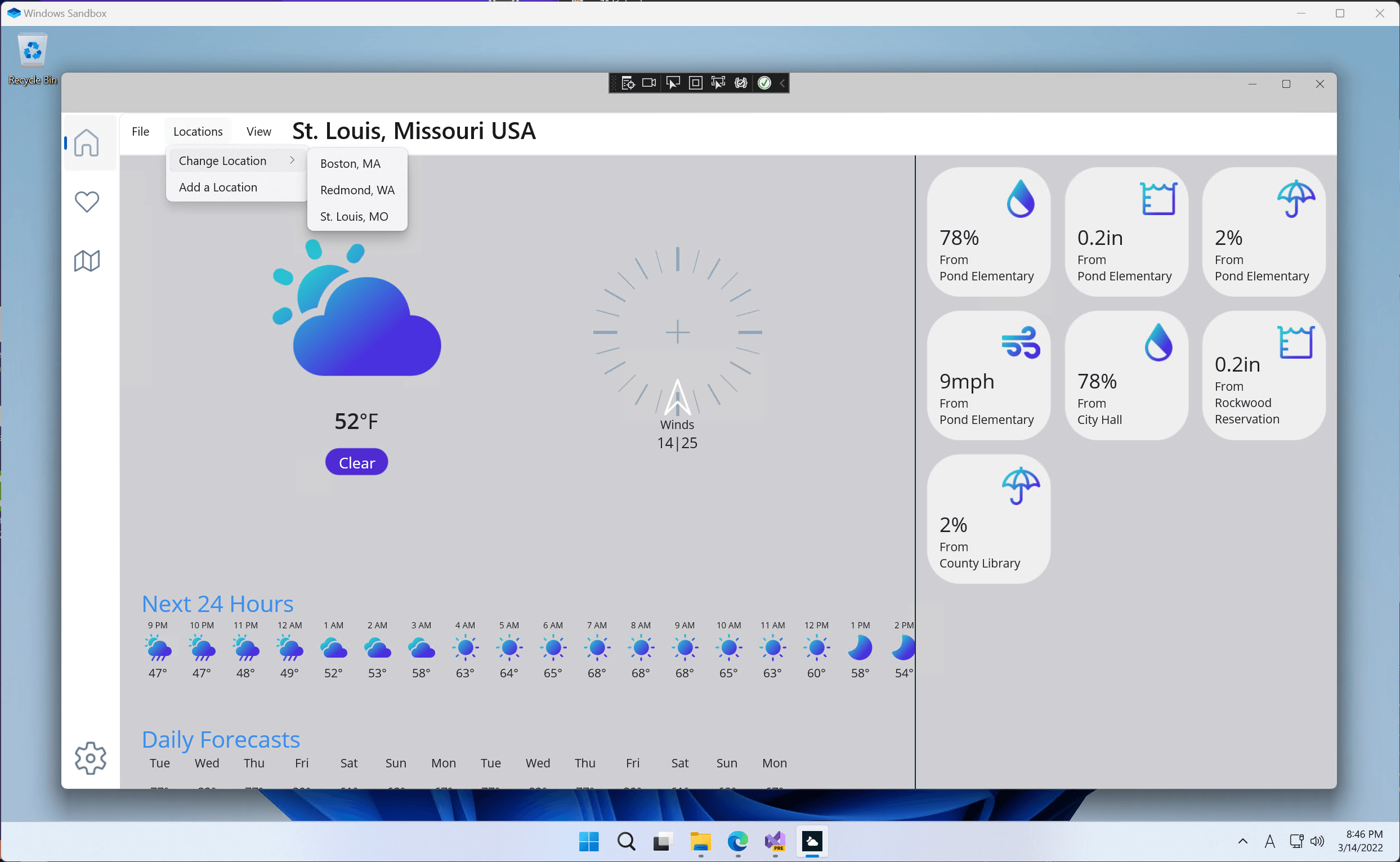 Gerald Versluis celebrated the .NET MAUI Preview 14 release with an overview video, covering all things new and cool in this .NET MAUI release. The new Menubar for Windows/MacOS should be a very welcome addition for desktop developers—Gerald shows off how to add the Menubar with MenuBarItems/MenuFlyoutSubItems.

There is also focus on .NET MAUI Essentials—it is so easy for developers to access platform-specific APIs with .NET MAUI offering the entire Essentials package out of the box. Gerald shares the developer excitement around .NET MAUI Essentials getting Interfaces—it should now be possible to write cleaner more testable code that works with platform APIs.

Gerald walks through some of the Pull Requests that made up this .NET MAUI release and points out that most things 'native' have been renamed to 'platform' to be more inclusive. The deep-dive migration guides are super handy as developers look to migrate apps to .NET MAUI Preview 14—there are some key changes to be aware of. .NET MAUI is getting very close to gaining the Release Candidate badge—exciting times coming up! 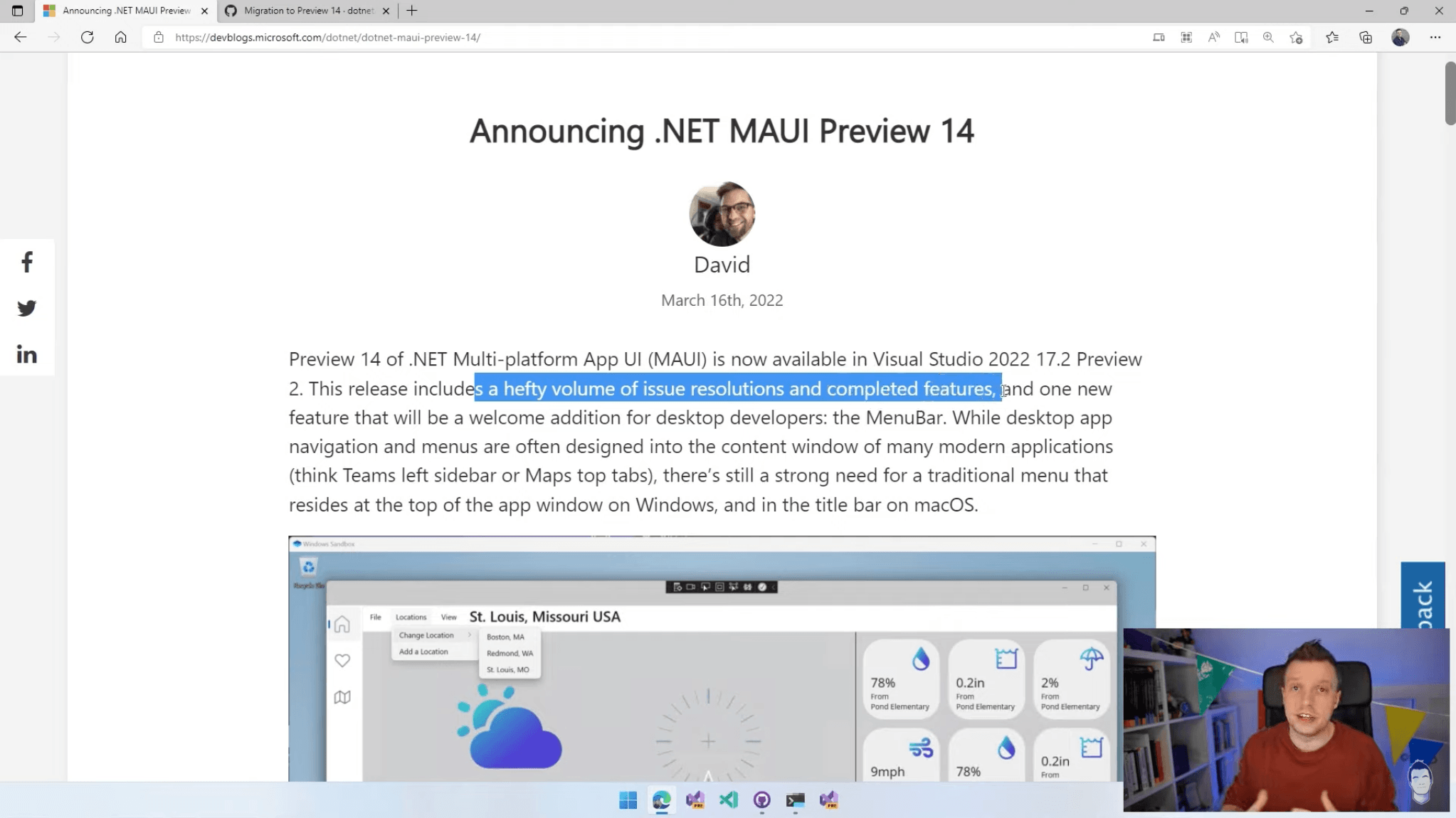 Need another perspective and a deeper dive into .NET MAUI Preview 14? James Montemagno has just the video ready. James dives straight into code and shares the excitement around the new Menubar UI component for desktop apps—it is now rather easy to add an elaborate menu system for Windows/MacOS apps. The Menubar can be declared through XAML or C# and sports full Command support for Model View ViewModel(MVVM) scenarios.

James is also visibly excited about .NET MAUI Essentials improvements and the new support for Interfaces. While the Shell may not be for every app scenario, it is hard to argue that it provides developers with a good starting point for new .NET MAUI apps. James' Pull Request to make the Shell-type apps the default template in .NET MAUI has been accepted—you can envision what the future holds as developers get started building green field apps with .NET MAUI. 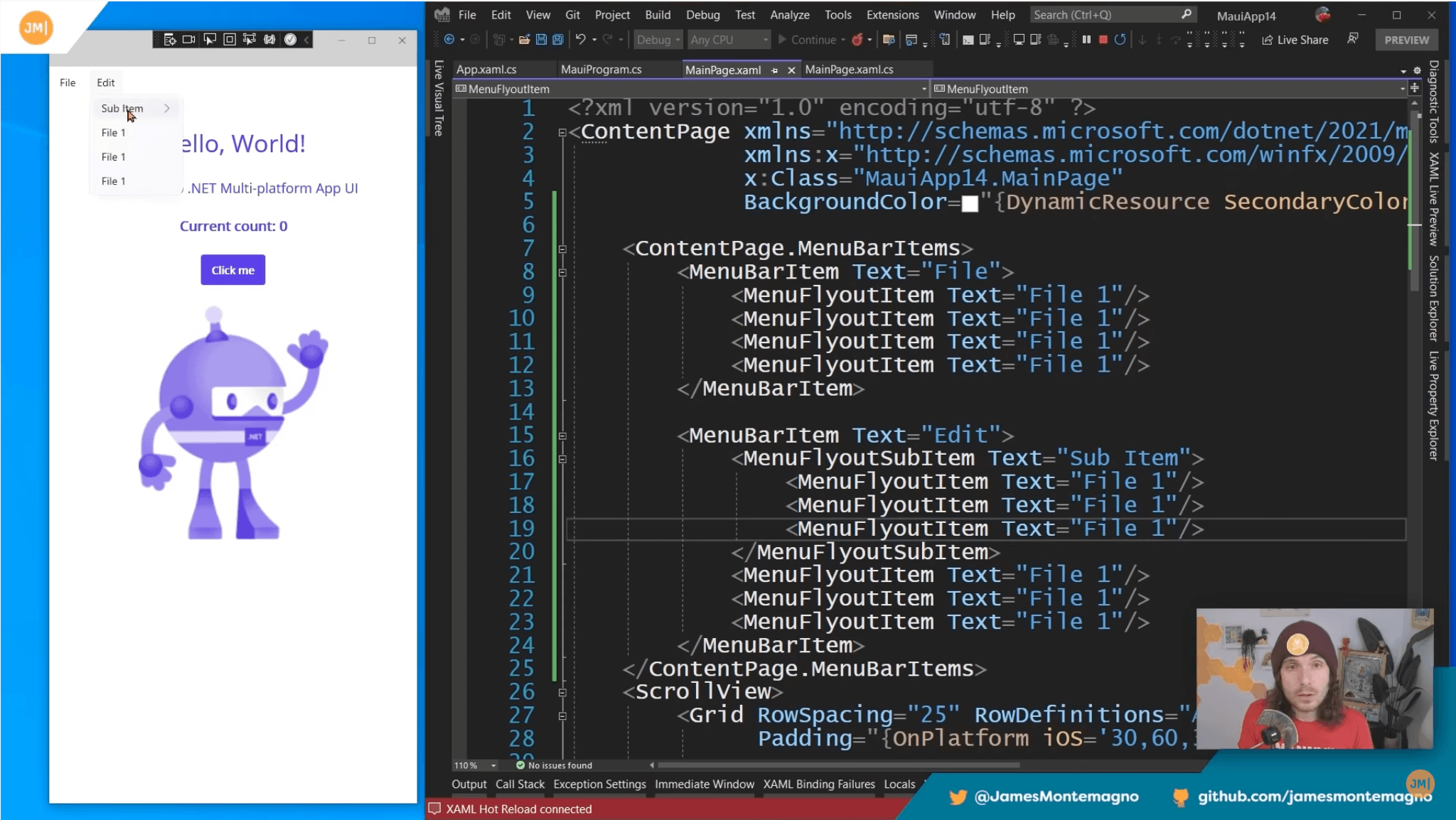 Visual Studio 2022 for Mac is a huge step in the right direction and next milestone aka Preview 7 is here. Jordan Matthiesen wrote up the VS 2022 for Mac Preview 7 announcement post—steady progress is being made towards a high-quality General Availability (GA) release. VS 2022 for Mac aims to be a full-blown Integrated Development Environment (IDE) with fully native macOS UI running on .NET 6 and with support for both Intel and Apple’s M1 (ARM 64) processor.

In the last Preview 6 release, most of the major IDE UI was ported over to native macOS UI. With Preview 7, all of the Preference screens have also been ported to be native as well, like settings for Code Formatting, Code Snippets, Text Editor Behaviors and more. There is new VS for Mac support for developing Serverless apps running on .NET 6 using Azure Functions V4—Azure Functions are supported on Intel or M1-based machines, which needed ARM 64 .NET 6 SDK.

The biggest news this release is Xamarin tooling fully coming back in VS for Mac—rejoice, .NET mobile developers. Preview 7 comes with lots of bug fixes and stability for the mobile workloads—developer feedback is welcome on all things Xamarin.

While .NET MAUI General Availability (GA) release will not have VS 2022 for Mac support, tooling for .NET MAUI is making steady progress—good times ahead for cross-platform .NET developers on MacOS. 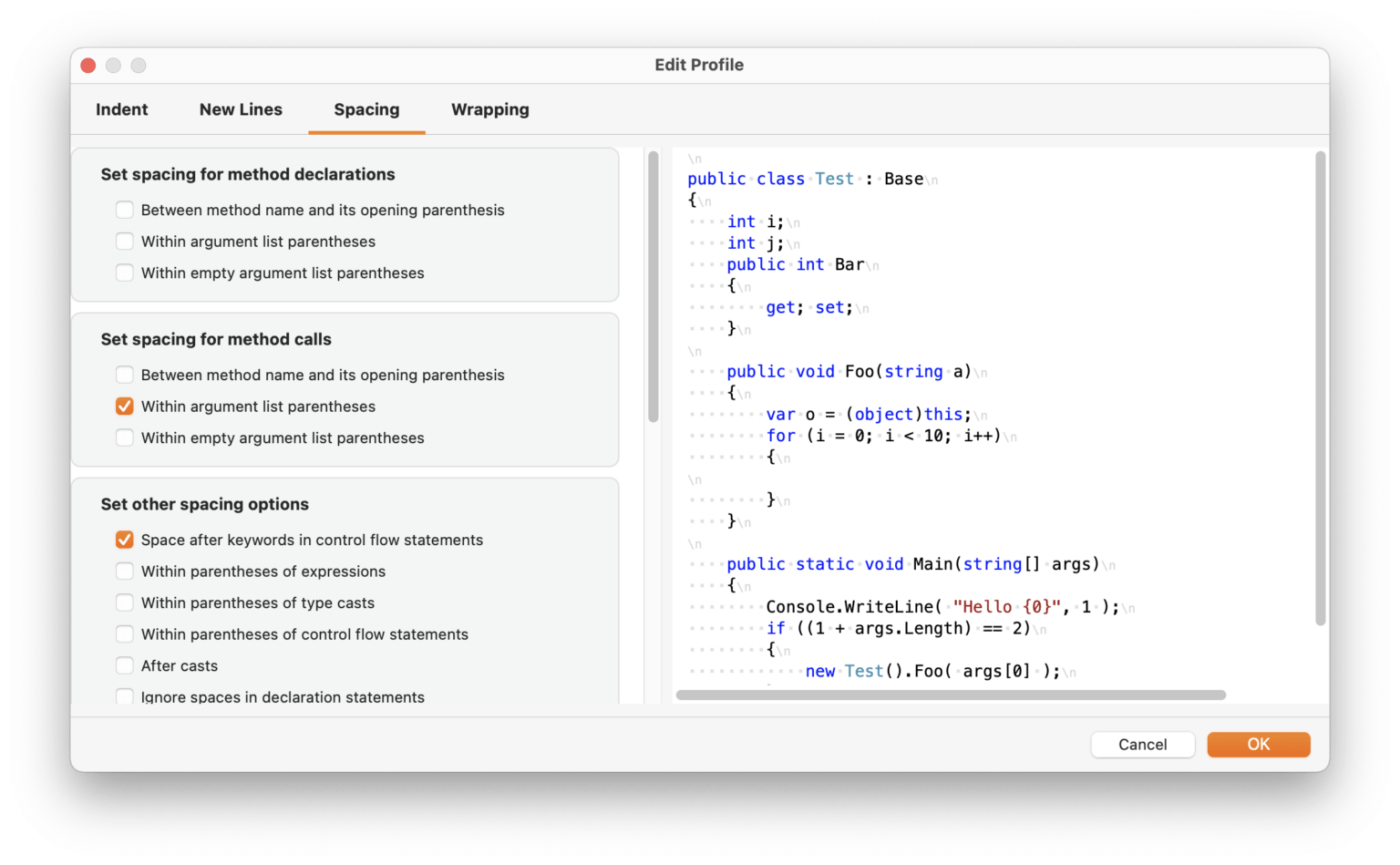 Visual Studio recently celebrated its 25th Birthday Anniversary—a quarter of a century is like a million years in the tech industry.

It is difficult to believe that Visual Studio was first released 1997—that is 25 years of being a true Integrated Development Environment (IDE) and a developer companion for a variety of apps across platforms. Developers might remember .NET recently celebrated 20 years—Visual Studio dates 5 more years back; remember Visual Basic 6 days anyone?

To celebrate the VS 25 year anniversary, there was a special stream on Thursday, March 17th—familiar faces from VS’s past and present shared plenty of historical anecdotes.

The developer community came together throughout the month to celebrate the VS anniversary with stories of their own on social media with hashtag #MyVSStory. The anniversary website showcased a timeline of events and offered digital swag—themes, wallpapers and 3D printing models of VS logo. Congratulations VS on such a huge milestone—cheers to the next 25. 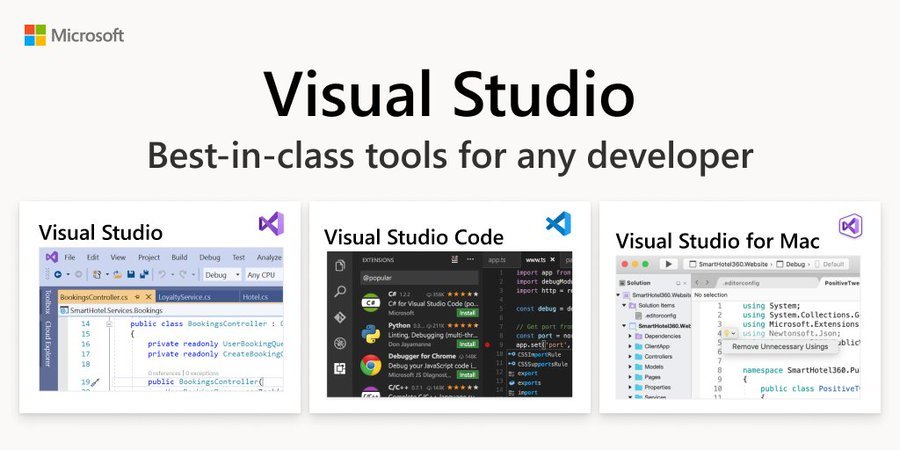