Master the Event Loop in Node.js

An in-depth understanding of the event loop may be one of the things many developers neglect. This post covers a detailed explanation of what it is and how it works.

Once upon a time, we only had a single process. If we look into the MS-DOS and the first Apple OS, they could run one thing at a time. There was no background task or running of multiple programs. When running a program, if you were to switch to another program, it automatically stopped the current one running, which was quite limiting. In order to solve this problem, cooperative multitasking was introduced, which makes things much more efficient.

Cooperative multitasking was an improvement—we could run multiple things, but we still had some problems with it, and stability was the primary problem.

That led to the introduction of preemptive multitasking, where there is no reliance on the application anymore—instead, the OS can pause any application at a given time. It will pause the application, save the state somewhere else and load another application. It helps the operating system work without depending on the applications, thereby gaining more stability and efficiency.

So many people kept researching how to improve performance, especially when there were multi-core processors released in the early 2000s. Questions like “How can multiple-core processors be utilized for maximum performance?” led to a lot of research that brought about symmetric multi-threading (SMT).

Introduction to Thread and Processes

The process can be defined as the program under execution, while a thread is a basic execution unit. Each program may have several processes in it, and each process has several threads executing in it.

A thread is a basic unit of execution or CPU utilization; it comprises a thread ID, a program counter, a register set and a stack. It also shares with other threads belonging to the same process its code section, data section and other operating system resources, such as open files and signals.

A traditional/heavyweight process has a single thread of control. If a processor has multiple threads of control, it can perform more than one task at a time.

Overview of processes and threads

What Is the Event Loop?

Once the function is executed, it’s moved out of the call stack, and the following code begins execution. That is how the JavaScript engine runs its program.

The event loop serves as a gatekeeper that checks for a pending function in the callback queue. If yes, it is pushed inside the call stack.

Let’s go through one more code example before we continue.

Like the previous examples, it starts the code execution by executing the first line of code in the call stack, which will print Start to the console. It moves it out of the call stack and moves to the timeout function, stored as a callback until the timeout expires. It immediately moves to the following line, stored as a callback until the data is fetched from the endpoint. Lastly, it moves to the last line of the code, which prints End to the console; once the timeout expires or the data is received from the endpoint, the callback is moved to the callback queue, which is then moved sequentially by the event loop to the call stack for execution.

Asynchronous programming, on the other hand, round-executes the code from top to bottom but will run into certain asynchronous functions or code which will need to split up and be separately executed because it needs to wait or do some operations before the function can be executed—which often takes some time.

In the code above, the output will be one coming first and two coming second. This is a synchronous code that runs without delay.

In the code above, the timeout function needs a delay of 100 ms, leading to the code execution waiting until the timeout expires. The output will be 1, 2, “asynchronous” because the timeout will be delayed, giving the other function time to execute.

The Event Loop in Node.js

Node.js is single-threaded, and the event loop runs on a single thread called the main thread, but there is a bit of difference with Node.js. There are certain things in C++ found in Node.js, having a ratio of 2/3 JavaScript: 1/3 C++.

Looking into the crypto module, let’s check out the pbkd (Password-Based Key Derivation) function. This can run in both sync and async; running this code synchronously with the number of requests set to 3 will make the code run three times waiting for one to complete before running the other.

That takes more time to complete the execution, while running the code in async will run the three in parallel, reducing the execution time.

Have you met Node’s cousin, Deno?

Everything You Need to Know to Get Started with Deno

Here’s the list of phases in the event loop.

All synchronous JavaScript code will be executed in the pool phase of the event loop.

The code above is synchronous and will be executed in the pool phase since there is no delay to the code.

These functions execute their tasks as callbacks based on a specific timeout, i.e., the timeout must expire before the function is executed.

The process whereby an application does not need to wait for a request to get specific data before it executes; the code is executed asynchronously.

Using the fs.readFile as a classic Input/Output operation, a request to read filesystem is passed to the OS by Node, and then the code will continue to execute the following line of code: mainFunc (). Once the request is completed, a callback function will be placed in the callback queue.

When the event loop works on the internal functions of any callbacks.

A special timer, introduced by Node.js, that executes a callback immediately after an event loop phase becomes idle. Once setImmediate is called, it is executed before other timer functions.

This event loop state will consistently execute all the closing events of a function, e.g., process.exit().

This post discussed processes, threads, asynchronous and synchronous functions, and the event loop and how it works in Node.js. 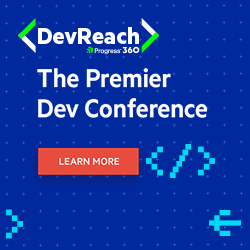