Everything You Need to Know to Get Started with Deno

Deno is a simple, modern, and secure runtime for JavaScript and TypeScript that uses V8 and is built in Rust. Recently Deno 1.0.5 was released, which is a stable version of the runtime. This post is the first in a series delineating the runtime.

Deno is not that new, as it was first announced in 2018, but it is starting to gain traction, so I thought now would be a perfect time to write about it, considering it could become the next big thing for JavaScript developers.

However, that doesnt mean Node.js will be swept under the rug. Be cautious about people saying Node.js is dead, or Deno is here to replace it entirely. I don’t buy that opinion. Ryan Dahl, the creator of Deno and Node.js, said this in a 2019 conference and I quote: “Node.js isn’t going anywhere.” He also added, “Deno isn’t ready for production yet.”

In this post, we will be discussing Deno’s installation, fundamentals, features, standard library, etc. Everything you will learn here is enough for you to join the Deno train and enjoy what it promises JavaScript developers. 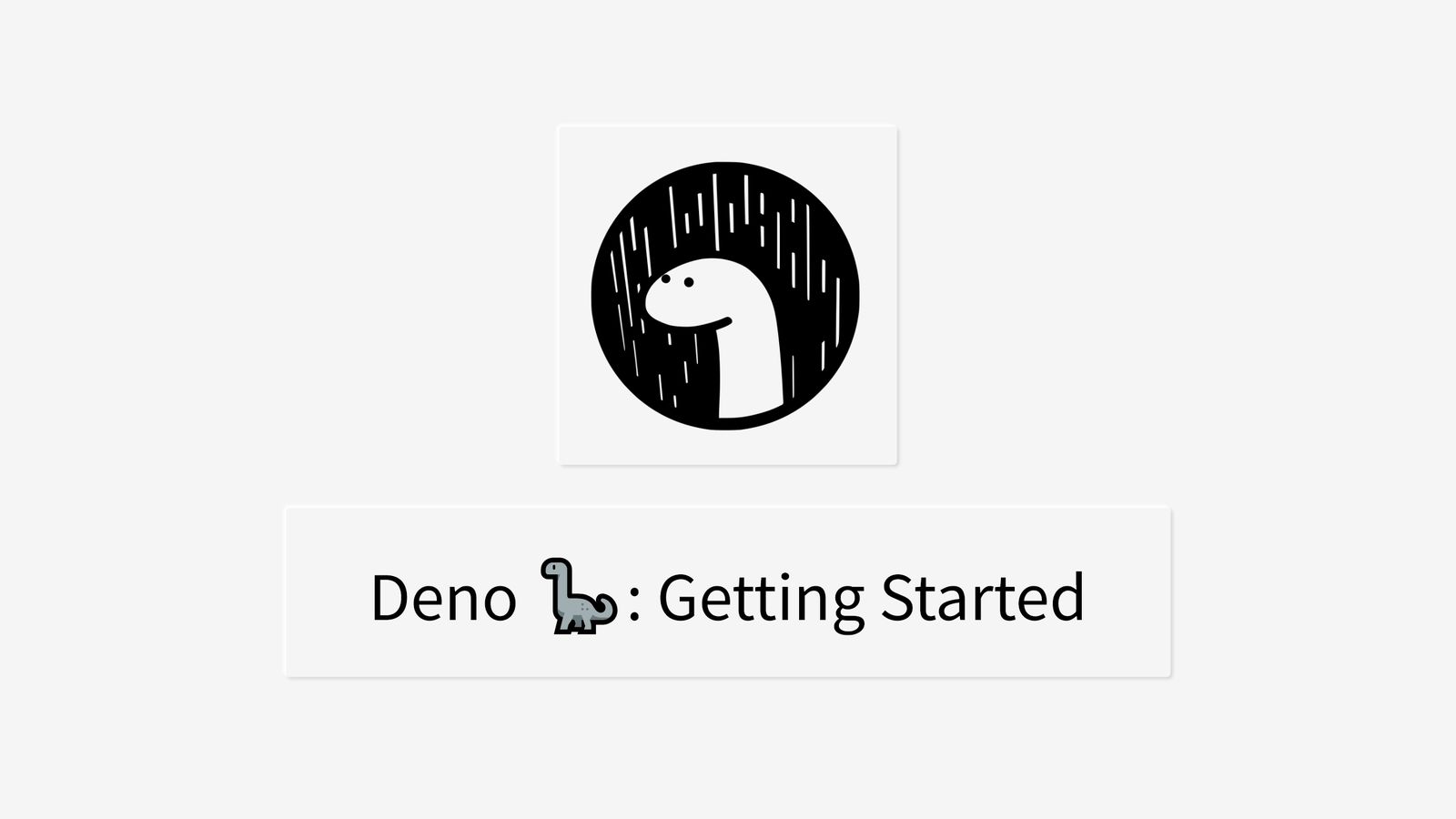 With that said, let’s dive right into the big question: What is Deno? Deno is a runtime for JavaScript and TypeScript based on the V8 JavaScript engine and the Rust programming language. It was created by Ryan Dahl, the original creator of Node.js, and is focused on productivity. It was announced by Dahl in 2018 during his talk “10 Things I Regret About Node.js.”

When I first found out about Deno and the fact that it was created by the creator of Node.js, I had this feeling there must be a significant change, especially in design, so I think we should start going through some interesting features Deno introduced.

This is a list of few of Deno’s features:

No, but this is what I have to say about this constant comparison between Node and Deno. I think you should have an open mind, follow along with the post and get a first-hand experience. In the end, come to your conclusion which one better suits your style. One thing is sure, Deno will get to Node.js level with the attention it is getting recently, and it will be a Node.js successor.

“For some applications, Deno may be a good choice today, for others not yet. It will depend on the requirements. We want to be transparent about these limitations to help people make informed decisions when considering to use Deno.” - Ryan Dahl.

Should I Learn Deno?

If you already know Node.js and you love TypeScript, or you know any other server-side language, I will give you a big go- ahead. But, if you are starting out learning server-side programming and you want to use JavaScript, I will advise you to learn Node.js first before learning Deno — that way, you will appreciate Deno even more.

Deno ships with a set of standard libraries that is audited by the core team, for example, http, server, fs, etc. And the modules, as stated earlier, are imported using URLs, which is super cool. A module can be imported, as shown below:

There are couple of ways to get Deno installed on your machine.

I’m using Windows so I installed mine using PowerShell:

To access the deno command, here’s the support that you can get using deno --help:

The SUBCOMMANDS section lists the commands we can run. You can run deno <subcommand> help to get specific additional documentation for the command, for example deno bundle --help.

We can access the REPL (Read Evaluate Print Loop) using the command deno. While in the REPL, we can write regular JavaScript, for example, to add numbers or assign a value to a variable and print the value:

Let’s touch on two important commands in the SUBCOMMANDS section:

The run command is used to run a script, whether local or using a URL. To showcase an example, we are going to run a script URL found in Deno’s standard library example section on the Deno official website called welcome.ts.

The output of the script is Welcome to Deno. You can take a look at the code that gets executed by opening the URL we passed to run in the browser.

Let’s run another example that will throw an error if we don’t add permission. If you remember earlier, we talked about Deno’s security, and how we need to add flags to give access to the scripts because Deno runs every script in a sandbox.

Let’s add the required flags and rerun the code. The flags are added immediately after deno run.

Now that our file_server script is running perfectly, you can test it with localhost:4507/.

The file will be downloaded and saved in my base directory C:\Users\username\.deno\bin\file_server.cmd. If you are on a mac it can be found at /Users/username/.deno/bin``/file_server .

To run the file, navigate to the base directory folder and run the name of the file file_server and the server will start up.

It will also work if you just run file_server without navigating to the parent folder:

So far, we have touched some important aspects of Deno to get an overview of what Deno has to offer. I will leave a couple of resources here for further reading:

Again, if you’re already a server-side developer, I strongly recommend checking out Deno so you can see for yourself what you think. If you’re new to server-side, maybe start first with Node.js so you have a better understanding of what the Deno experience will mean for you.

How To Upload Images to the Cloud Using Node.js