How To Localize Fintech Apps for Latin American Users

In this post, we’ll look at what app “localization” really means and how to go about localizing fintech app design specifically for Latin American users.

Village Capital recently published a report called The Stage of Global Financial Health Innovation. The primary purpose of the report is to shed light on the rise of fintech solutions in different markets around the world.

The data out of Latin America is particularly interesting:

It’s not just consumers who are mostly “unbanked” and in need of non-traditional financial services in Latin America, either.

According to the report, many Latin American business owners have a hard time gaining access to loans. And COVID-19 certainly didn’t help, as 2.6 million SMBs closed due to a lack of resources compared to larger companies that could weather the storm. Informal (non-contracted, non-employed) workers also struggle due to unpredictable cash flows and payouts.

AppsFlyer has some good news though: 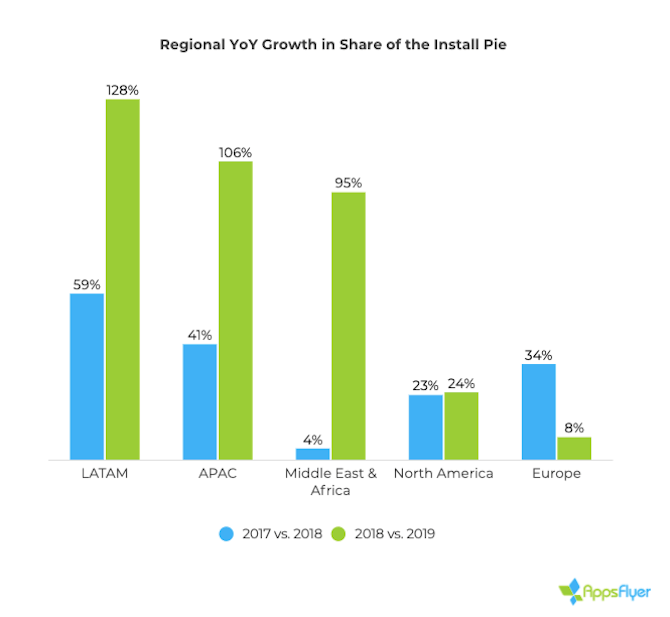 This is why fintechs need to set their sights on the Latin American market, if they haven’t already. And with the app you build, you’re going to help them get their products in front of the users who desperately need them, too.

However, localization can be tricky if you’ve never had to design for it before. Below, we’ll look at some things to keep in mind when designing fintech apps for Latin American users.

App localization requires more than just hiring a talented translator and proofreader, though that is a must. As a designer or developer, you need to consider how the language, culture and even the tech fluency of the target users will impact the app you create.

There are a number of ways to localize the content within a fintech app. The first is to translate the copy into the target language. The other is to change the currency and numbers based on the region. You may also find that you need to adjust your microcopy, like the phone number field, so that it’s reflective of the formats used locally.

Rather than wait until the user creates an account and logs into the app, give them the option to localize everything immediately after installation.

The mobile app for Nubank does this well: 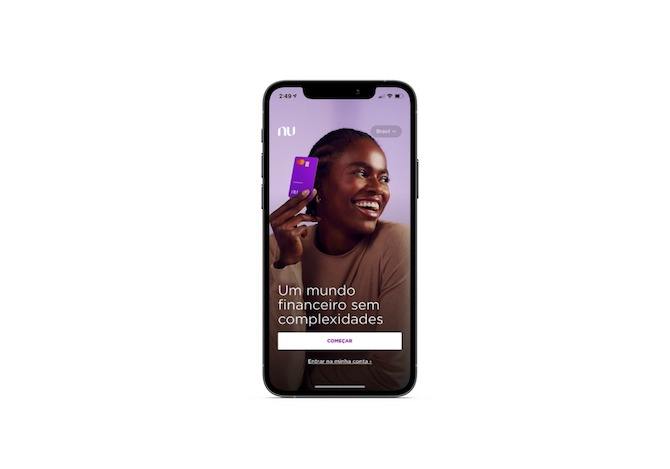 Users enter the app and see a photo of a woman smiling and holding the Nubank card. Anyone who isn’t in Brazil and doesn’t speak Portuguese will quickly notice that this app (or this version of it anyway) isn’t for them. That’s where the location toggle in the top-right corner comes in handy.

Users can select from two other countries. This is Mexico: 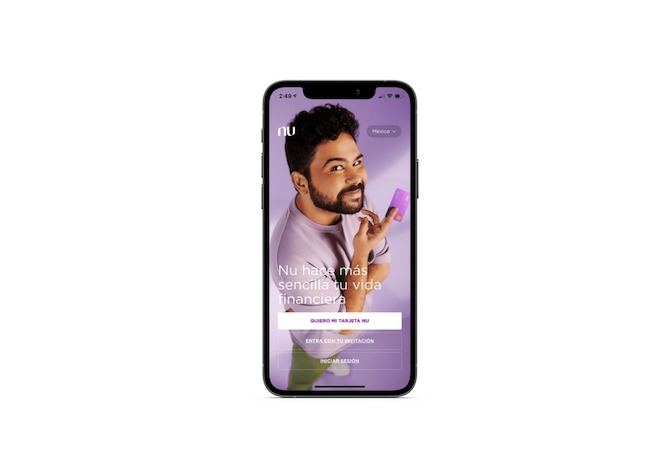 Notice that this one is slightly different. The image is done in the same style and the main text is about the same length. The translations slightly differ, though the underlying message is the same.

Notice, however, the difference in calls to action. Brazilian users only see two and one of them is designed without a button. Mexican users see three buttons. 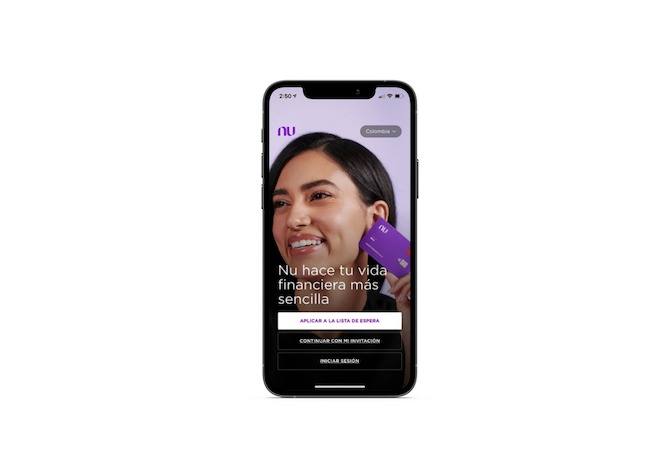 Even though this one is in Spanish just as the Mexican splash screen is, the text is somewhat different. It’s the same message, but written in a different order. The calls to action slightly differ as well. The first one on the Colombian splash screen invites users to apply for a spot on the waitlist. Mexican users, instead, are given the option to request a card.

Considering how frequently fintech is targeted by hackers, it’s no surprise that consumers feel wary about using them. Here are nine security features you should be using to build trust.

In addition to considering cultural and language differences, you may also have to design for different user journeys if certain products or features aren’t available to everyone.

2. Be Mindful of Text Shrinkage or Expansion

I used to work as a project manager and proofreader at a translation agency. While the integrity of the translation was of the utmost priority, we spent so much time stressing over the formatting of our documents.

This is because many translations aren’t the same length as others. With East Asian languages like Chinese or Japanese, for instance, a single Kanji character can represent an entire word. So those translations tend to be shorter. Then there are languages like Finnish that are full of compound words and can make their translations run on much longer than a language like English.

Spanish and Portuguese are similar to English. That said, in some cases, the text can run on much longer if you try to do a direct translation.

If you’re only designing for Spanish and/or Portuguese speakers, it probably won’t affect the design much. However, if you’re designing a fintech app that will be used by all kinds of users, including those from Latin America, this is something to be mindful of.

Let’s look at this example from Bank of America. This is the mobile app navigation in English:

This is the mobile app navigation in Spanish:

The Spanish translation adds 19 extra characters to the navigation bar.

You can see the impact the text expansion has on the navigation design. While the designer shrank the font size in the Spanish version of the app, the ample room we see in the English version is mostly gone.

This kind of cramped navigation isn’t good for usability. That’s why translators and designers alike need to be very careful about doing direct translations, especially for mobile UIs. For instance, instead of translating “Deposit Checks” directly, name the tab “Depositar.” There shouldn’t be anything lost in translation, though it’s always a good idea to A/B test any major differences like this to make sure that’s truly the case.

It’s never easy finding graphics that are perfectly representative of our users because there’s such a vast array of consumers out there. But it’s not just skin color, gender, orientation, etc. that we need to be mindful of when designing apps for other parts of the world.

When they remade the TV Show Breaking Bad for Colombia, they didn’t just translate the dialogue into Spanish, localize the character names and rename the show “Metastasis.” They also removed the RV that played a pivotal role in the American version of the show.

According to Sony’s Angelica Guerra:

“Motor homes are not popular in Colombia. So audiences will see Walter and Jose cooking up their first several batches of methamphetamine in an old, barely drivable school bus.”

If you’re building fintech solutions for an audience that’s wary of financial service providers, you want to make sure that every design choice you make instills trust. And your graphics will need to resonate with your users if you want to do this.

One way to ensure that your app is universally user-friendly is to use illustrations instead of photos. The reason I suggest this is because Latin America is a large region—with different languages, dialects, cultures, customs and attitudes spread out across it. If your app is targeting Latin America as a whole, it may be difficult to pick out photos that perfectly encapsulate the average Latin American “user” or the setting in which they might use your app.

While an illustrative design like NerdWallet’s may feel less personal, I think that’s okay: 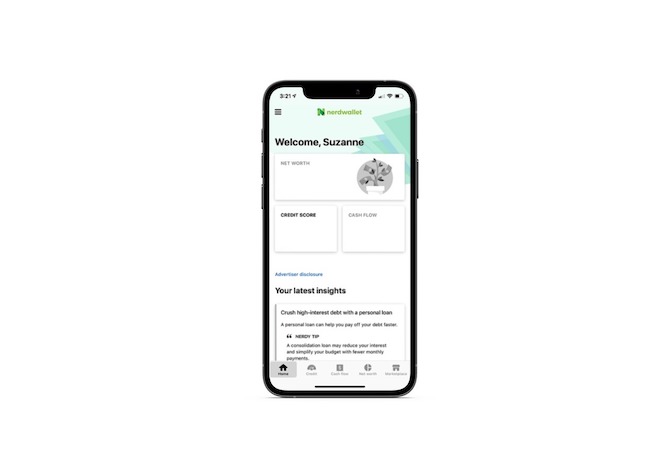 If the majority of Latin American users are unbanked because traditional financial services haven’t worked for them, then they might be okay with an impersonal design. They’ve come here for a do-it-yourself option with fewer barriers, so the human-free design might be exactly what they need.

4. Keep the UI as Simple as Possible

Another reason why I lean more toward illustrations is because I find them to be more simplistic and functional, which is important when you’re trying to sell users on the value of your technology. Rather than try to appeal to them emotionally, illustrative design delivers the facts in a clear and straightforward manner.

You can always just ditch the graphics altogether to create a very simple UI that’s easy to use.

The Discover mobile app is one of my favorite examples of this. From the login screen: 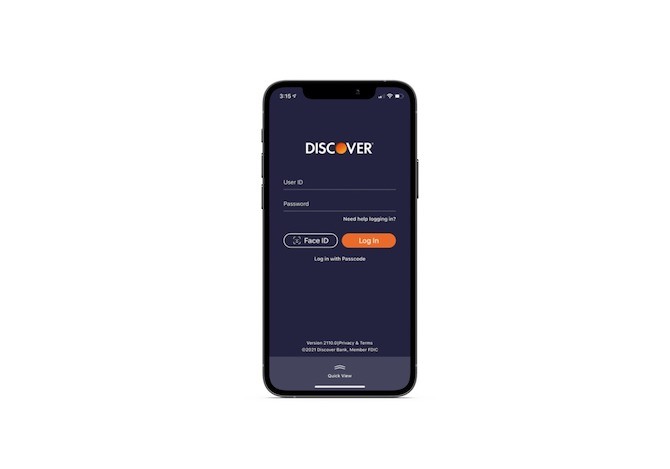 To the main interface and dashboard: 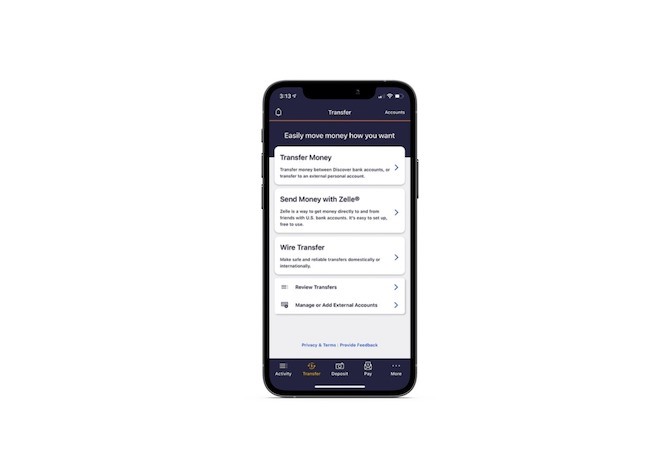 The design is so clean and well-organized and easy to navigate, whether it’s the user’s first or hundredth time inside the app. That said, the Discover app isn’t flawless.

When I logged into the app today, I saw this notice:

Typically, we focus on the UI design in minimalism. Simple serif or sans serif fonts. Accessible color choices. Clutter-free layouts. But in mobile app design, we also need to think about the complexity of gestures.

It’s okay to build modern swipe gestures into your fintech mobile app so long as alternative engagement options are available (i.e., click-and-select). If this is the only way in which users can carry out additional actions, though, it may cause a serious problem for users who are just now making the leap into fintech.

Localization is about more than just translating your app’s text from one language to another. By factoring in how localization impacts the usability of the app as well as your users’ comfort levels, you can build a better product for Latin American users.