With Microsoft introducing WinUI 3.0 and promising the new desktop application project called WinUI UWP is coming, the question of “which way I should use to build my desktop app?” becomes more and more relevant.

Many of you probably already know what UWP or WinUI is, but still in this post we will describe what WinUI and WinUI 3.0 are, what are the differences with existing MS desktop frameworks, and how to choose the best one for your needs:

Let’s try to answer to these questions:

So UWP has APIs that you as developer use to target all devices that support Windows 10. By doing that you can write your application once and deploy it on all Windows 10 supported devices like PC, tablets, HoloLens, etc.

UWP is distributed as part of Windows, so newer versions included fixes, improvements and new UI controls. But not everyone can afford the luxury of updating to the latest Windows version, so Microsoft decided that it would be better if the UI library is decoupled from Windows. Thus, WinUI was born. You can think of it as an API that was extracted from UWP so it is easier to update it.

Microsoft describes WinUI as: Windows UI Library: the latest Windows 10 native controls and Fluent styles for your applications. Currently there are two versions of WinUI - version 2.0 and WinUI 3.0.

The current official version WinUI 2.x can be used to create UWP store applications. With features like XAML Islands you can include WinUI components in your existing desktop applications, but the process is not so straightforward at this point.

WinUI 3.0 is a major update of WinUI 2.0 that will greatly expand the scope of WinUI to include the full Windows 10 native UI platform, which will now be fully decoupled from the UWP SDK. What this means is that you will be able to create a desktop application using WinUI 3.0 much like using WPF or WinForms now.

As of this writing the only supported Windows version is Windows 10 (excluding enterprises who paid for Windows 7 extended support).

What is WinUI UWP?

This is a UWP app referencing and using Win UI 3.0 components, allowing us to create performant UWP with beautiful UI following the Fluent design system. The new project type WinUI UWP is available in VS 2019 Preview.

How is it Different than Simple UWP App?

Basically, it is a UWP app with preadded references to the Microsoft.UI assembly (WinUI3.0).

But, the main difference is that WinUI 3.0 APIs are in the Microsoft.UI namespace instead of the Windows.UI namespace, so you might need to update the namespaces when copying and pasting sample code. Similarly, libraries and components using UI controls from Windows.UI.Xaml are not compatible with WinUI 3.0 and must be updated to Microsoft.UI.Xaml.

This is the framework for Windows desktop applications that was introduced at the same time as .NET itself, back in 2002. As such:

+ This is stable desktop framework.
+ A lot of resources available.
+ A lot of 3rd party libraries such as Telerik UI for WinForms are also available.
+ Perhaps the biggest advantage of WinForms is that it easy to learn.
+ You can create the whole layout with the drag and drop functionality in VS.
- Not so good when it comes to customization of the UI and building a modern look and feel.
- Not very good DPI support (unless you are using 3rd party library that provides support for that like Telerik UI for WinForms)

Windows Forms allows developers to build complex desktop apps, but if you need a modern look and feel, high DPI support and flexibility you may consider other options as WPF and UWP (these include exisiting UWP apps and future WinUI UWP)

However, you still have options when it comes to good looking UI - try the modern themes that Telerik UI for WinForms has to offer.

It is important also to note that WinForms apps can run on operating systems that UWP can’t.

And as WPF and UWP allow us to create more modern UI and have a lot of advantages, let's take a closer look at them both. WinUI is major part of building UI with UWP and WinUI 3.0 is the future of WinUI, so we will look directly at the difference between WPF and UWP apps built with WinUI 3.0.

How to Choose Between WPF and WinUI 3.0 UWP Apps?

Both of these frameworks have a lot of advantages like:

While in UWP, the app cannot overcome some restrictions. Examples include:

And… if you a F# fan you can build your desktop app with WPF.

How is a WinUI UWP App Better than WinForms and WPF?

Well, in short - it gives a modern look and feel to the applications with the Fluent Design pattern, and it is built  based on C++ so it performance optimized compared to WPF apps. So, here are the benefits of the new WinUI apps coming:

So, as WinForms and WPF already have a lot resources in this post we will focus on how to create our fist WinUI UWP app.

How to Try WinUI 3.0 and Create a WinUI UWP App?

As this is still in preview creating such a project doesn’t come built-in in VS. Here are the needed prerequisites:

Now after we are ready, we can create a new WinUI UWP project. 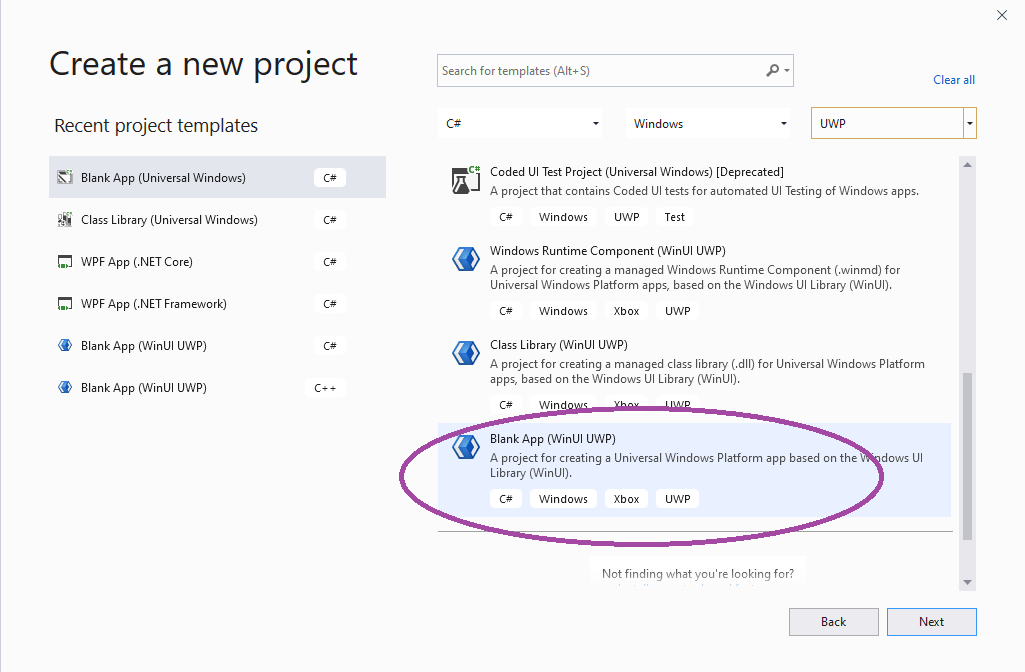 Now, we can see that the project itself contains a reference to the Microsoft.WinUI assembly. 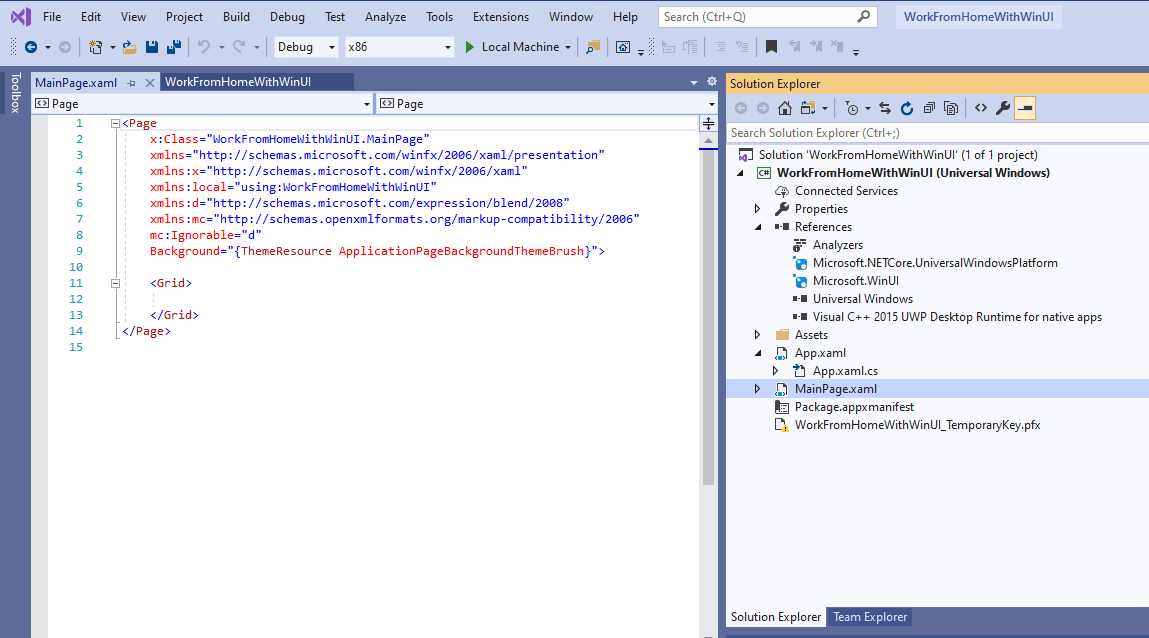 You can see that the namespace for the WinUI 3.0 is already there and we can simply add WinUI components. For example Rating, AcryicBrush and PlaneProjection.

And here is where your imagination or business case comes to the scene – start exploring and share your experience! 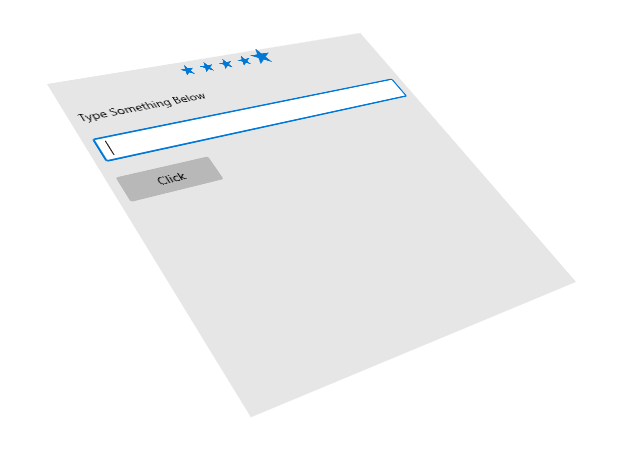 Microsoft currently gives us more than one technology to build a desktop app, but if you want to focus on a modern look and feel, trying  WinUI 3.0 is the right thing to do. However after that whatever the technology you choose - Telerik UI is here to support you! Do not hesitate to write us if the component or feature that you need is not available and stay tuned for all new staff in Telerik and KendoUI for R2 2020!

Mastering PDFs With the First WinUI PdfViewer on the Market